“Many of the best reporters I’ve known could be fairly described as degenerates.”

He was remarking on President Trump‘s usual ridiculing of the media: “The degenerate Washington Post MADE UP the story about me asking Bill Barr to hold a news conference. Never happened, and there were no sources!”

Overnight bombshell… Ex-FNC and NBC correspondent Megyn Kelly is going to interview the whistleblower who was fired from CBS after allegedly releasing the Amy Robach hot mic footage. She announced the news on Instagram. Here.

“Here’s a bit of unsolicited career advice: You will make plenty of enemies when you’re trying to be nice. Don’t go messing with people on purpose, unless you want to spend the rest of your career wondering if they’re the reason you didn’t get that next job.” — Walter Shaub, former director of the Office of Government and Ethics.

Mike Bloomberg may want to change his phone number

“Fun fact: Bloomberg actually answers his own cell phone, even on a day like today. When I called, he referred me to Howard Wolfson then hung up.” — Caitlin Huey-Burns, political reporter, CBS News. (RELATED: Billionaire Bloomberg Preps To Enter Presidential Race)

DJTJ has a new book out, Triggered: How The Left Thrives On Hate And Wants To Silence Us.

(While visiting Arlington Cemetery): “I rarely get emotional, if ever. I guess you’d call me hyper-rational, stoic. Yet as we drove past the rows of white grave markers, in the gravity of the moment, I had a deep sense of the importance of the presidency and a love of our country … In that moment, I also thought of all the attacks we’d already suffered as a family, and about all the sacrifices we’d have to make to help my father succeed — voluntarily giving up a huge chunk of our business and all international deals to avoid the appearance that we were ‘profiting off of the office.'” — Business Insider.

Another good line: “You would have thought from my response that I had murdered the Easter Bunny.”

6 pieces of Trump merch to buy your liberal relatives

As a joke, of course.

If you actually want to buy this campaign crap see here. 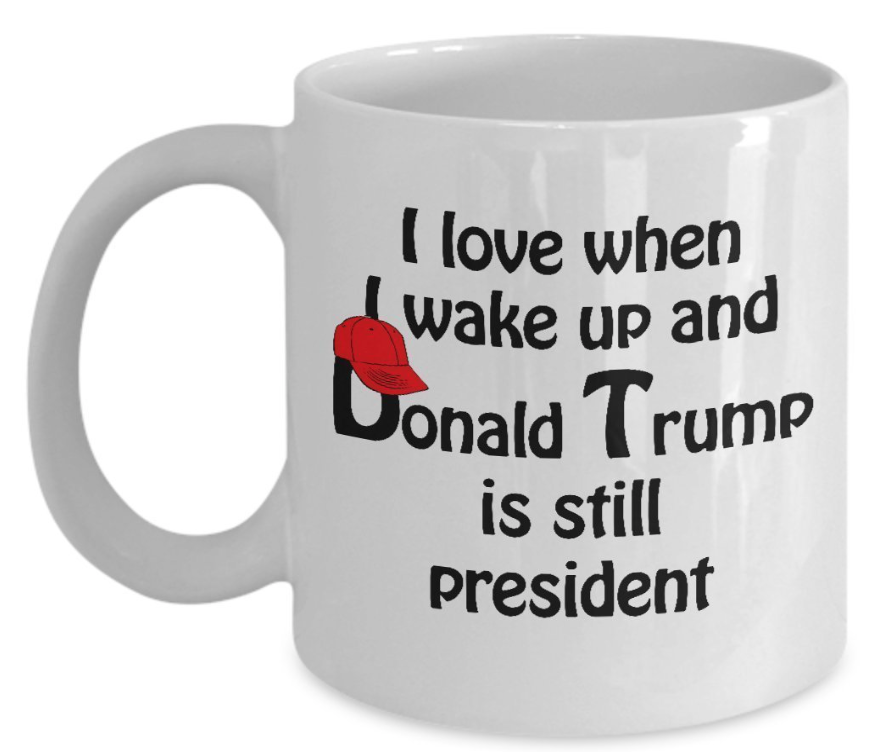 ShareBlue’s Oliver Willis announces on Twitter that his actual first name is Lloyd. 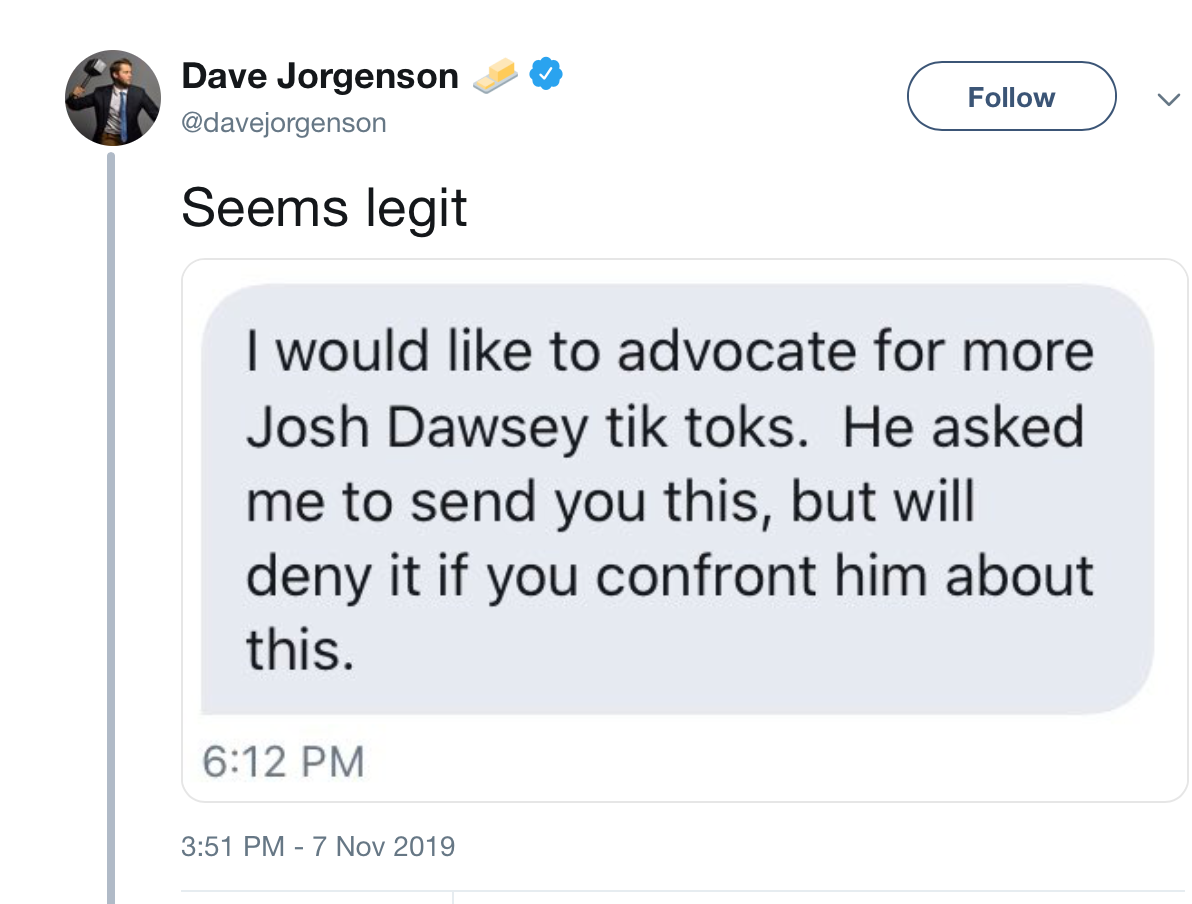 “It may not have been the full Ralph Northam but it’s straight up dishonest for Joy Behar to say she never wore blackface given the video and photographic evidence which exists… the matter should be addressed by ABC or by Behar herself on air.” — Jon Levine, New York Post.

“Elizabeth Warren says she prefers ‘Netflix & Chill’ over “Broadway & Dinner” and I just threw up in my mouth a little.” — Siraj Hashmi, Washington Examiner. Warren has said that one of the reasons she fell in love with her husband, Bruce Mann, is that he had great legs.

“’I was caught in a private moment of frustration…’ Give me a break. If you’ve got a camera in front of you in a studio with a mic on, you’re not in private. What a bunch of baloney. Own it, #arobach. Shame on ⁦‪@abcnews‬⁩. God bless the victims.” — Janice Dean, Fox News.

Erick Erickson gets much needed R&R with machine guns

“Definition of friends: a group of guys decided I needed a break. They took me out west for a weekend. We got there and they stole all my electronics except for my phone so I couldn’t work. Then they put me in a helicopter and I got to shoot machine guns out of helicopters.” — Erick Erickson, conservative radio host, founder, The Resurgent.

Have a tip for The Mirror? No detail is too small. Write me at Betsy@DailyCaller.com. All missives are considered anonymous unless otherwise negotiated.

BGOV reporter’s sentimental pics disappear from White House basement: “Wow. I’ve been away from our #WHbasement workspace for a week and come back this morning to find 3 personal photos (incl baby pic of son) missing.” — Cheryl Bolen, White House correspondent.

In the last six months…MSNBC’s “Morning Joe” co-host Mika Brzezinski braves grief, weans herself off sleeping meds after the death of her best friend. Here. (RELATED: How Mika Taught Me To Lose My Value In Four Tweets)

Whoopi tells raucous audience ‘the booing is fucking us up’… to stop booing Donald Trump Jr. during a commercial break during Thursday’s edition of ABC’s “The View.” Here.

Jeremy Barr, The Hollywood Reporter: “I was in the studio audience for the Don Trump Jr./Kim episode of “The View” today and it was absolutely WILD.” Here.

Marianne Williamson on energy sources…”Greatest energy source for the engine of prosperity in the years ahead lies not in the ground or even the wind or the sun. It lies in the brainpower of every child. That’s why I want a national goal of every school in America being a palace of learning and culture and the arts.”