The mural of Swedish activist Greta Thunberg that activists hope raises awareness about global warming will likely require hundreds of cans of paint that scientists say contribute to climate change.

The four-story mural, which is expected to be completed Tuesday, will show the 16-year-old activist glaring down at San Franciscans as they make their daily commute. The group providing the paint has not revealed how many cans will be required to produce the mural, but artists used up to 500 cans on a similar project in 2015.

“If we can amplify her message and get more people involved and listening to what she’s saying, then we’re doing some good,” Paul Scott, executive director of nonprofit One Atmosphere, told CNN. Artist Andrés Petreselli is the artist behind the mural. He goes by the name “Cobre.”

One Atmosphere, which is financing the venture, says the organizers were careful to make the project comport to activists’ green energy demands.

“The cans have been picked up and delivered in an electric vehicle, and the artist and organizers have been traveling almost exclusively by way of electric car, electric scooter or on foot to the project site. The lift being used is also electric, not diesel,” the group said in a statement to the Daily Caller News Foundation.

CBS affiliate KPIX in San Francisco produced a feature on the project on Nov. 7 that shows Cobre wearing a ventilator to filter the toxic chemicals from the aerosol can.

“The thing is, the sprays I use are eco-friendly, and most of the paint is hand-painted with a roller,” Cobre told The Art Newspaper. “[It is] water-based so there is zero impact.” One Atmosphere also said Sunday that the painter is using spray cans that don’t contain chlorofluorocarbons, which damage the environment.

Using spray cans is harmful to the environment, experts say, even though most aerosol products now use propellants, such as compressed gasses and hydrocarbons that are not harmful to the Earth’s ozone layer.

Hydrocarbon is the chief component of natural gas, which many environmentalists argue is as bad for the environment as coal. Unlike some gasses, hydrocarbons tend to dissipate into the atmosphere at a rapid rate. (RELATED: Democrats Didn’t Clap As Trump Touted American Energy Boom In SOTU) 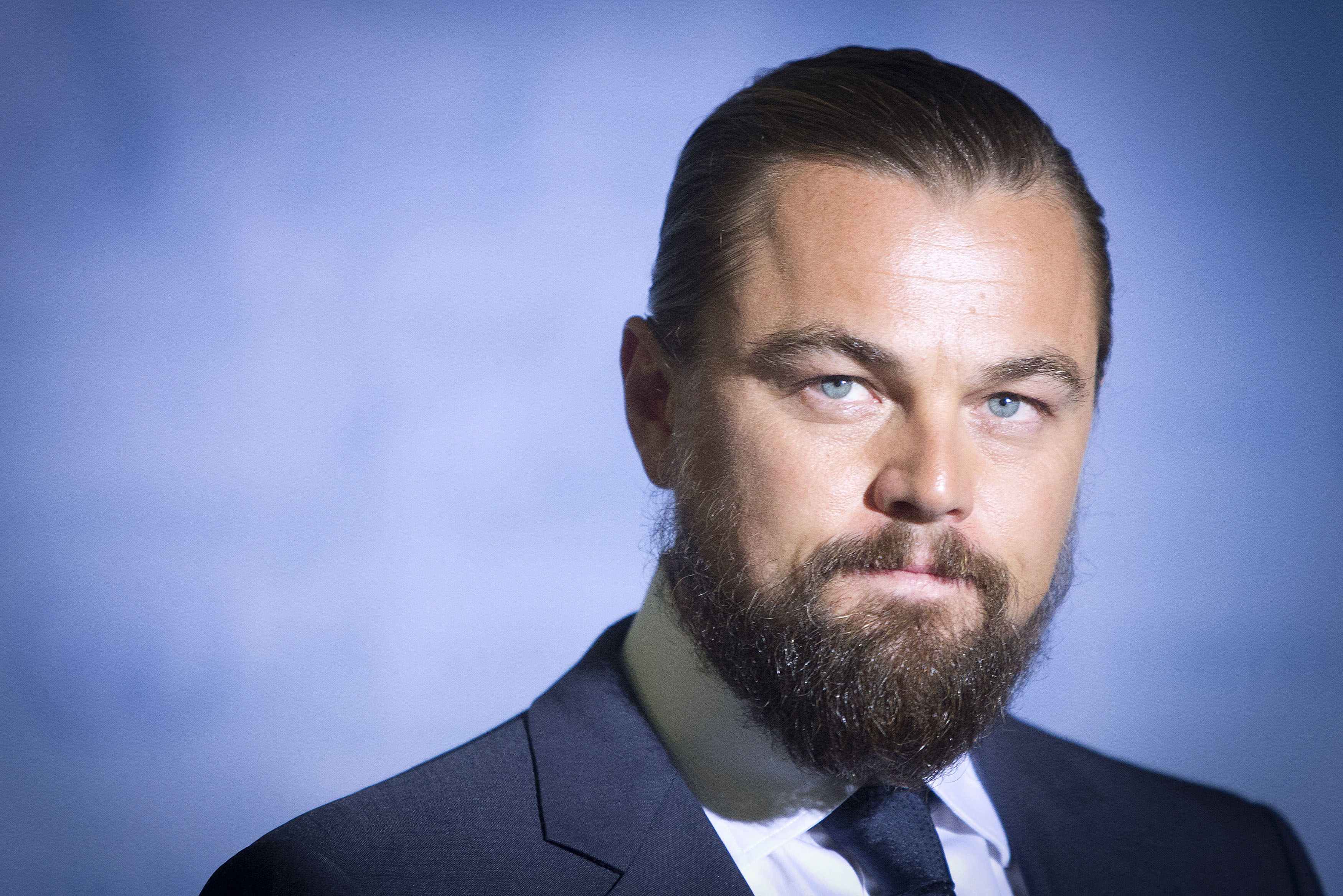 Actor Leonardo DiCaprio is pictured during a ceremony to be named a “United Nations Messenger of Peace” with a special focus on climate change at the United Nations headquarters in the Manhattan borough of New York, Sept. 20, 2014. REUTERS/Carlo Allegri

Thunberg traveled to the U.S. from her home in Sweden in August on a racing yacht. Her visit was designed to galvanize American support behind action on global warming ahead of September’s United Nations climate summit.

“We are in the beginning of a mass extinction and all you can talk about is money and fairy tales of eternal economic growth — how dare you!” Thunberg said during the U.N. climate summit in New York. “You have stolen my dreams and my childhood with your empty words.”

Celebrities and politicians who often promote climate causes sometimes find it difficult to live by the mantra they demand of others.

Actor Leonardo DiCaprio, for instance, burned the equivalent of about 90 tons of coal when he took a private jet on an 8,000-mile round-trip flight from France to New York City in 2016 on his way to pick up an environmental award, the DCNF found in a 2016 analysis.

DiCaprio expanded his carbon footprint at the time when he flew 8,000 miles from Cannes to New York City to secure an award by a clean-water advocacy group at the Riverkeeper Fishermen’s Ball. DiCaprio then flew back to France a day later to attend an AIDS benefit gala.

Vermont Sen. Bernie Sanders spent just under $300,000 on private jet use in October 2018 during his then-reelection campaign, federal records show. Sanders is running for president as a Democrat and is using his campaign to promote policies that he believes will address climate change.