Former Secretary of State Hillary Clinton said in an interview that transgender issues raise a “legitimate concern” for women.

Clinton appeared on BBC Radio4 with her daughter Chelsea on Tuesday to promote their book, “The Book of Gutsy Women: Favorite Stories of Courage and Resilience.” They differed in their answers when asked about the subject of biological males who identify as transgender. Chelsea Clinton defended the idea that those men can become women, while her mother struck a more cautionary note.

“I do think there is a legitimate concern about women’s lived experience and the importance of recognizing that, and also the importance of recognizing the self-identification [of people who identify as transgender],” said the elder Clinton woman. “This is all relatively new. People are still trying to find the language for it, trying to sort it out. I think in the right mindset this can be understood, but it’s going to take some time.”

It wasn’t the first time the former secretary of state has shown hesitance on transgender issues. She expressed skepticism when asked last month if a man with a beard and a penis could be a woman, calling it a “very big generational discussion.” (RELATED: Biologically Male NCAA Runner Named Conference Female Athlete Of The Week) 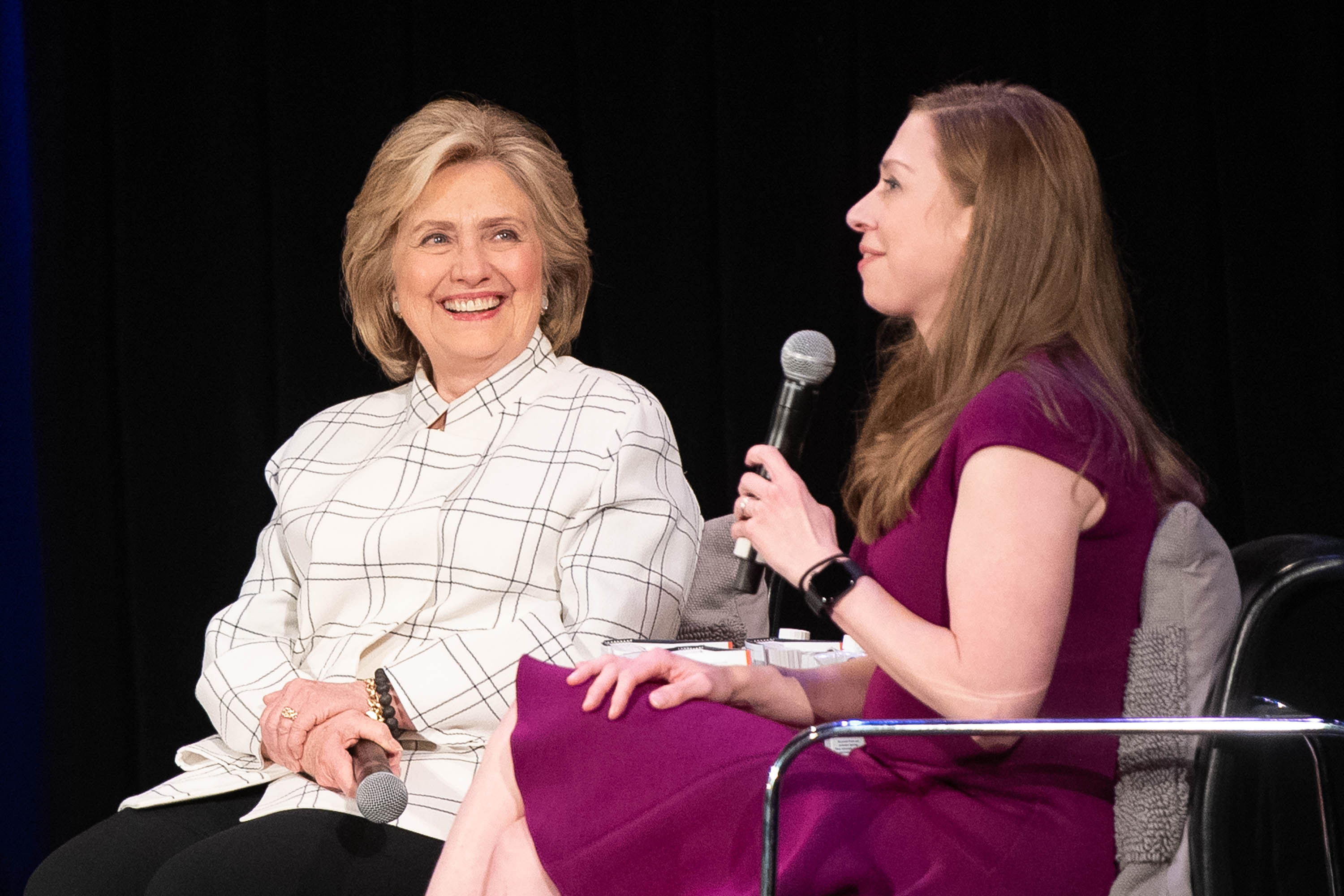 “If Hillary Clinton’s words on transgender issues in October were off-the-cuff and spontaneous, her words to the BBC today were not,” British writer James Kirkup argued in The Spectator magazine. “She’s chosen to state clearly that there are indeed ‘legitimate concerns’ about the way transgender issues relate to women and their lives,” he added.

Clinton on Tuesday also declined to rule out running for president a third time in 2020. “As I say, never, never, never say never,” she said in another BBC interview. “I will certainly tell you, I’m under enormous pressure from many, many, many people to think about it. But as of this moment, sitting here in this studio talking to you, that is absolutely not in my plans.”

Every Democratic presidential frontrunner supports a bill that would force schools to include male athletes who identify as transgender girls on female sports teams.