Arizona Republican Congressman Paul Gosar tweeted out a cryptic series of impeachment-related tweets on Wednesday afternoon, but some noticed that they each started with letters spelling out the phrase “Epstein Didn’t Kill Himself.”

Since the mysterious death of famed billionaire pedophile Jeffrey Epstein in August, subsequent information has led some to believe that there was foul play in what was originally deemed a suicide.

The series of tweets, sent out early Wednesday morning, had one thing in common: The first letter of each tweet, as seen scrolling down his Twitter profile, spelled out ‘E-P-S-T-E-I-N D-I-D-N-T K-I-L-L H-I-M-S-E-L-F.”

Evidence of a link between foreign aid and political investigations simply does not exist. The longer this circus continues the clearer it becomes that @realDonaldTrump has done absolutely nothing wrong. 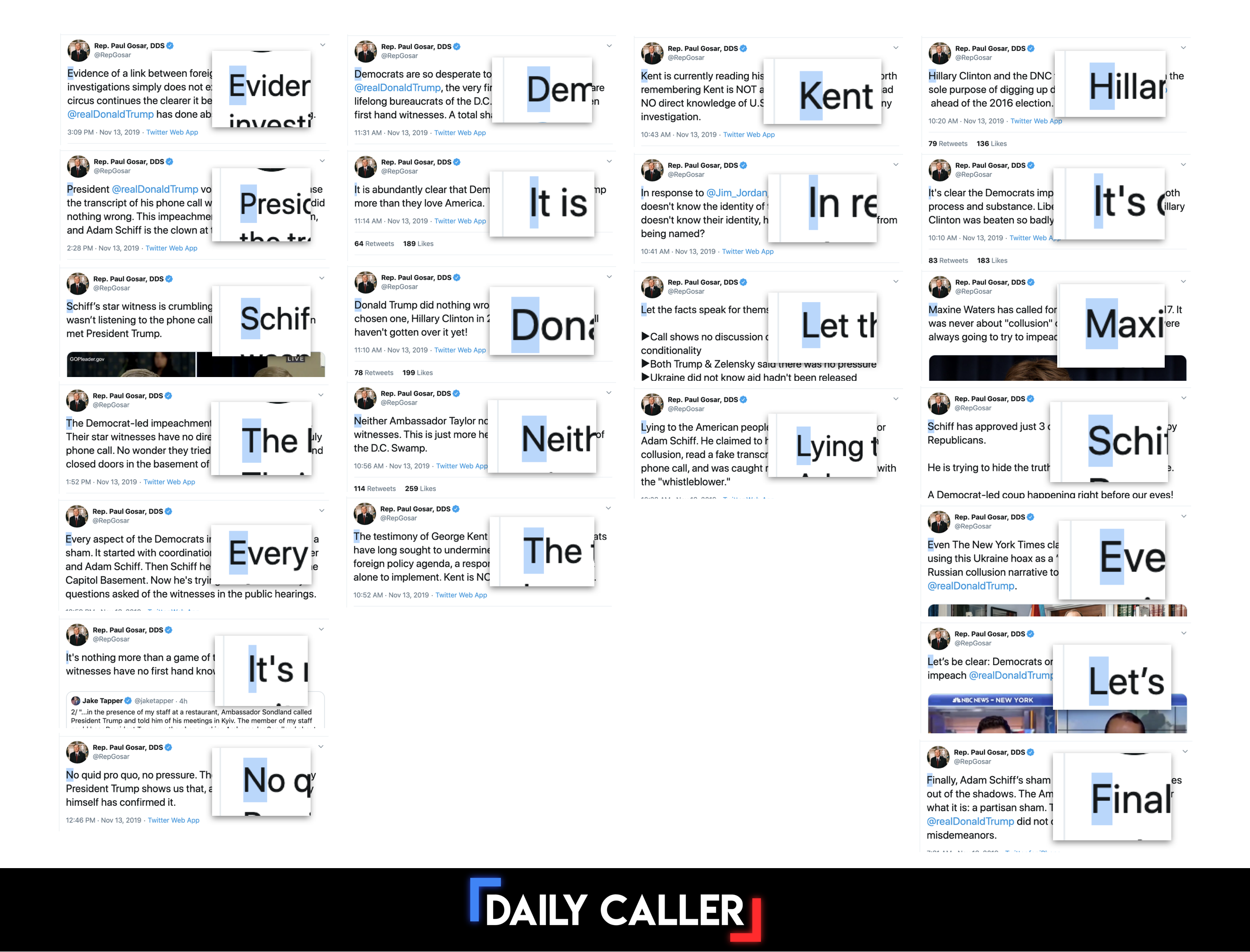 The Congressman’s tweets come just days after Project Veritas released an explosive video of ABC reporter Amy Robach claiming that the news organization refused to run her Epstein story, and that she “a hundred percent” believes that he was killed. In recent weeks, people have turned the phrase “Epstein Didn’t Kill Himself” into a viral phrase on social media. (RELATED: Things Get A Little Awkward On MSNBC When Alabama Student Says ‘Jeffrey Epstein Didn’t Kill Himself’ Live On Air)