A new study shows that America is pulling for Oregon in the Rose Bowl over Wisconsin.

According to a study from BetOnline.ag based on Twitter data, 35 states in America are pulling for the Ducks and only 15 are cheering for the Badgers. (RELATED: David Hookstead Is The True King In The North When It Comes To College Football) 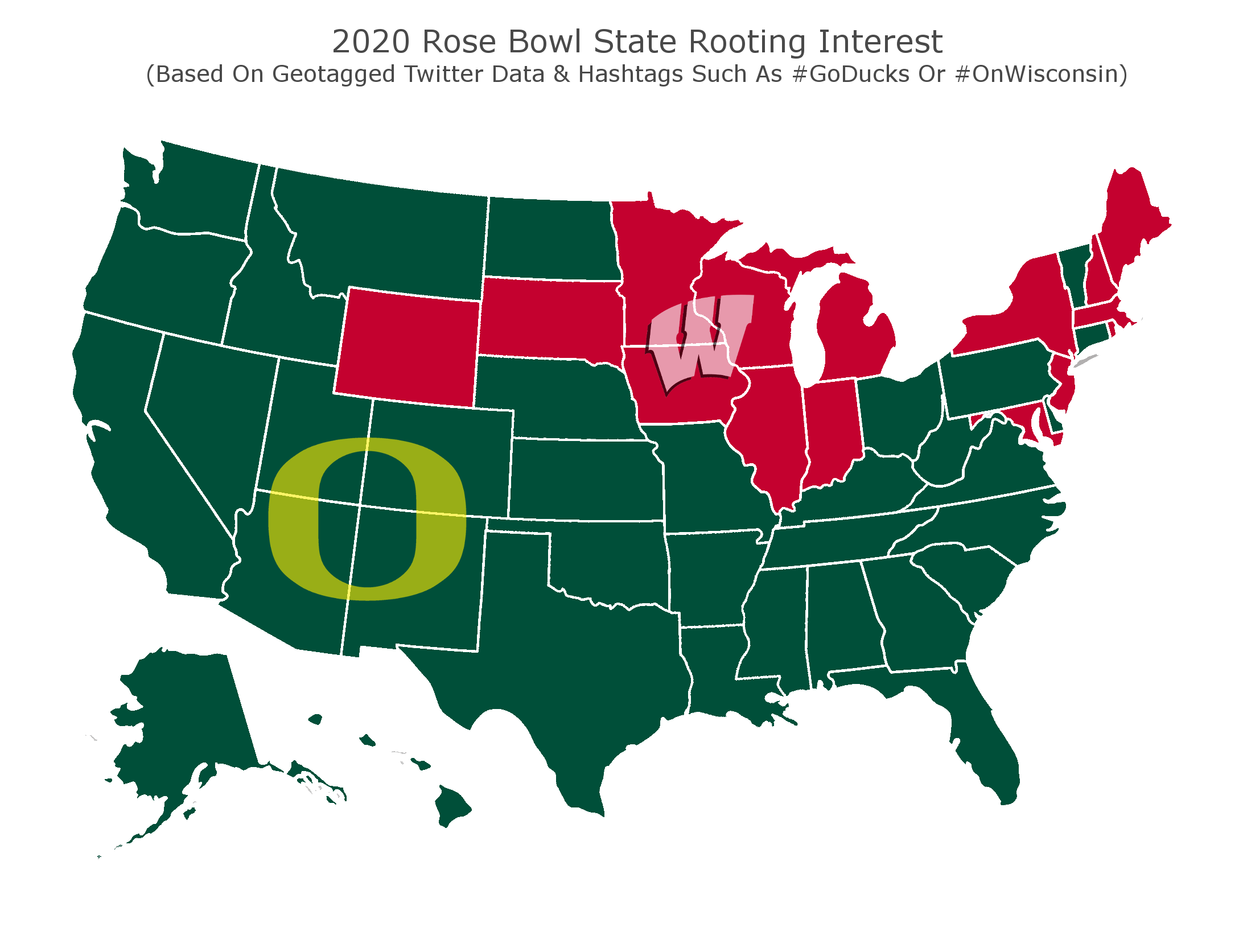 Let them cheer for Oregon. Let the whole world cheer for the Ducks. You think I give a damn? Hell no. We’re the Wisconsin Badgers.

If everybody in America wants to cheer for the Ducks, then that’s on them.

Circle January 1 on the calendar, folks. Circle it, write it down and remember it. It’ll be the day people pulled for Oregon and got embarrassed.

We’re coming, and Wisconsin isn’t taking prisoners. I don’t care who the world supports. As long as the Badgers are riding together, we’re going to dominate.

Never forget who is the true King in the North when it comes to college football. pic.twitter.com/vtbKyAPdYe