The justice expressed admiration for Boudin and extended her best wishes for his future endeavors as top prosecutor in a city navigating a burgeoning crisis of homelessness and crime. The Supreme Court’s public information office did not respond to requests for comment on Sotomayor’s relationship with Boudin by press time.

“Your personal strength and commitment to reforming and improving the criminal justice system is a testament to the person you are and the role model you will continue to be for so many,” Sotomayor said, according to the San Francisco Chronicle.

“I hope you reflect as a great beacon to many, and the road to accomplishing what you have set out to do will be daunting,” the justice continued. “Nevertheless, the city of San Francisco will be so very well served by a man whose life creed is believing, as you told me ‘We are all safer when we uplift victims, hold everyone accountable for their actions, and do so with empathy and compassion.'”

Boudin, who previously worked as a public defender, was elected in November on a broad reform platform. He promised not to prosecute so-called quality of life offenses like prostitution, public urination, and public camping. In Boudin’s view, such offenses effectively criminalize poverty. He also committed to maintaining San Francisco’s status as a sanctuary city, ending cash bail, and curtailing sentence enhancements. 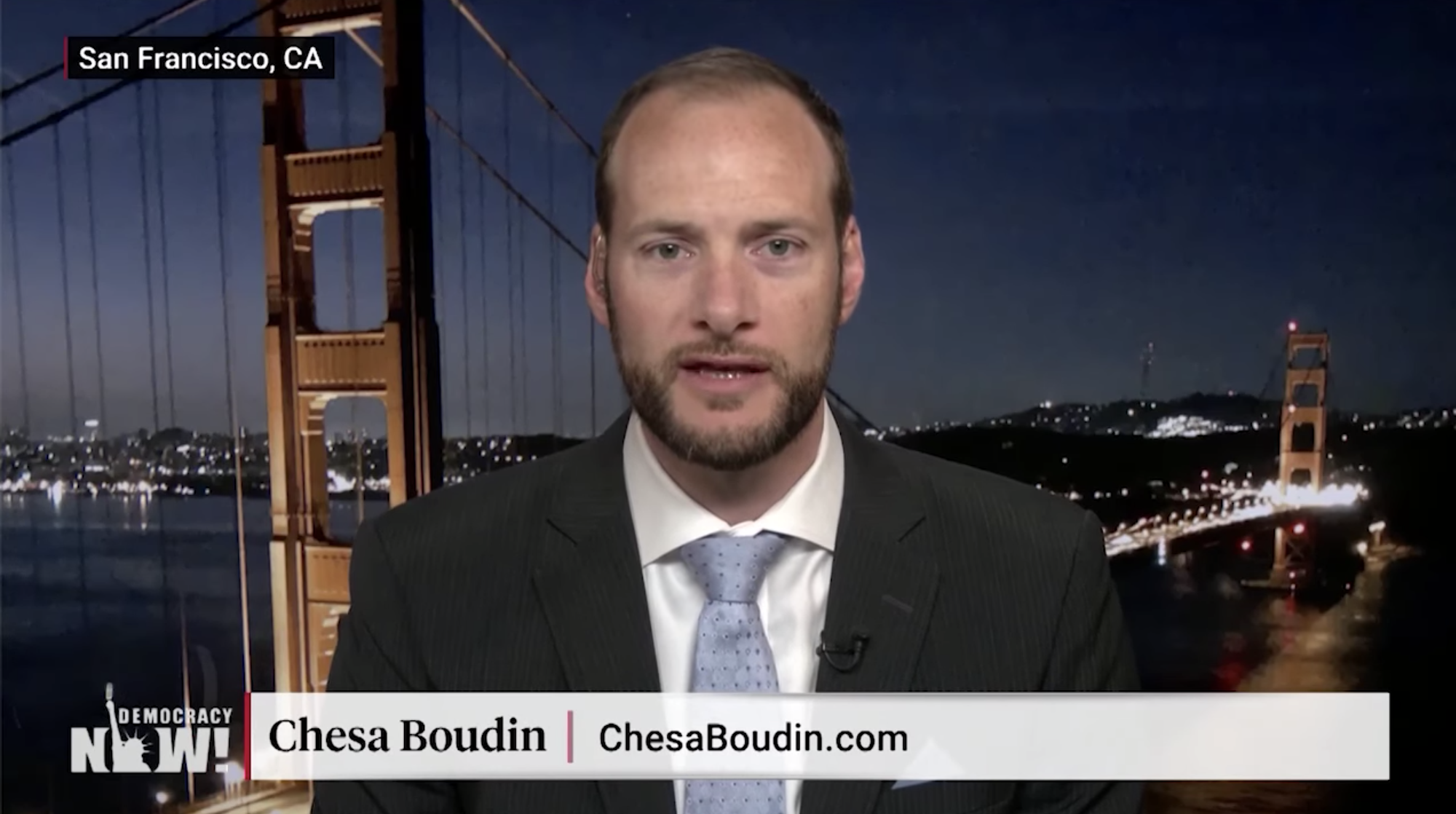 Before entering Yale Law School and joining the public defender’s office, Boudin traveled extensively in Latin America. He relayed an account of his experience in a 2009 memoir called “Gringo,” a latter day “Motorcycle Diaries.”

The apex of the experience came with his 2004 arrival in Venezuela, where he secured a position as a translator in Hugo Chavez’s presidential palace. Boudin worked in the office of Presidential International Relations and as an aide to Marta Harnecker, the Marxist intellectual who counseled left-wing governments in Chile and Cuba during the Cold War. The most rewarding part of the experience, Boudin wrote, was “shaping the way people outside the county understood Venezuelan politics.”

Even apart from his connections to the Venezuelan dictator, Boudin has a radical left-wing pedigree. His parents are David Gilbert and Kathy Boudin, the Weather Underground leaders convicted for the 1981 shooting deaths of two police officers and a security guard. While his parents were incarcerated, Boudin was raised by William Ayers and Bernardine Dohrn, themselves alumni of the Weather Underground whose ties to Barack Obama dogged the former president’s 2008 campaign.

Boudin favorably quoted Angela Davis, another radical of that generation, during his inaugural remarks Wednesday at San Francisco’s Herbst Theatre.

Sotomayor has been a clarion advocate for criminal defendants since joining the Supreme Court, and expressed frustration at the quality of legal advocacy available to inmates arguing before the tribunal.