Ivanka Trump received the “Friend of Israel Award,” calling it a “tremendous honor”  as tensions continue to grow between the United States and Iran.

“It’s a tremendous honor to receive the ‘Friend of Israel Award’ by the Israeli-American Council,” the first daughter shared with the Jerusalum Post in a piece published Thursday. (RELATED: Ivanka Turns Heads In Yellow And Black Floral Dress During Munich Trip) 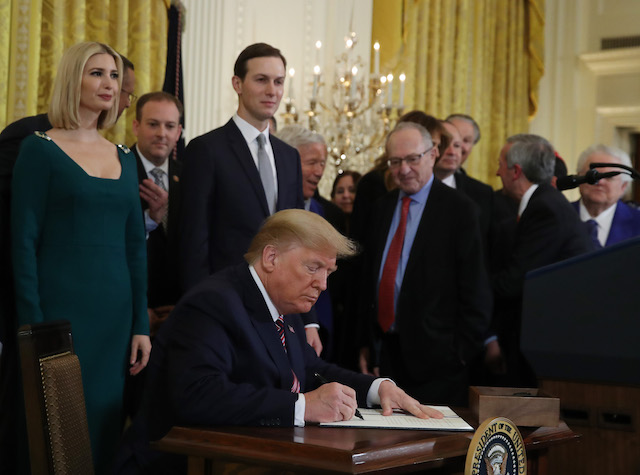 “President Trump and the entirety of his administration are resolute in defending the Jewish people, supporting the State of Israel and confronting the scourge of antisemitism everywhere it exists,” she added in a statement. “As both his daughter and adviser, I can say with conviction that there is no greater friend to Israel than President Trump.” (RELATED: Ivanka Turns Heads In Gorgeous Yellow Plaid Skirt Suit)

Ivanka was recognized by the Israeli-American Council (IAC) in Las Vegas on Tuesday with the award that is typically given to a person who “exemplifies support for Zionism and Jewish values.”

Former US ambassador to the UN Nikki Haley was given the award last year by the IAC.

“The Israeli-American Council was delighted to honor Ivanka Trump, senior adviser to the president, at our gala in Las Vegas [Tuesday] night,” IAC CEO Shoham Nicolet told the outlet. “As a successful businesswoman and entrepreneur, Ivanka has been an inspiration for both women leadership and family values.”

“We thank her for her commitment to strengthening the bond between Israel and the United States, and being a role model for so many over the years,” he added.

According to the organization, the first daughter was chosen because she “has shown a strong positive connection to the State of Israel, believes in the importance of the friendship between the US and Israel, and works to strengthen the alliances between the people of the United States and the people of Israel.”