Iran may have a squadron of Russian military dolphins that have been trained to kill.

The dolphins were trained by the Russian navy to attack enemy warships and swimmers, according to Military.com, and they were sold to Iran after their trainer ran out of money to feed them.

The animals would attack enemy swimmers or drag them to the surface for capture. They could reportedly distinguish enemy ships from Soviet ones by the sound of the propellers and were trained to perform kamikaze strikes against unwelcome guests.

However, funding for the training of these aquatic animals ran out, and the dolphins were moved to a private facility to perform for tourists. Their trainer, Boris Zhurid, eventually had to sell the animals because he could no longer feed them. 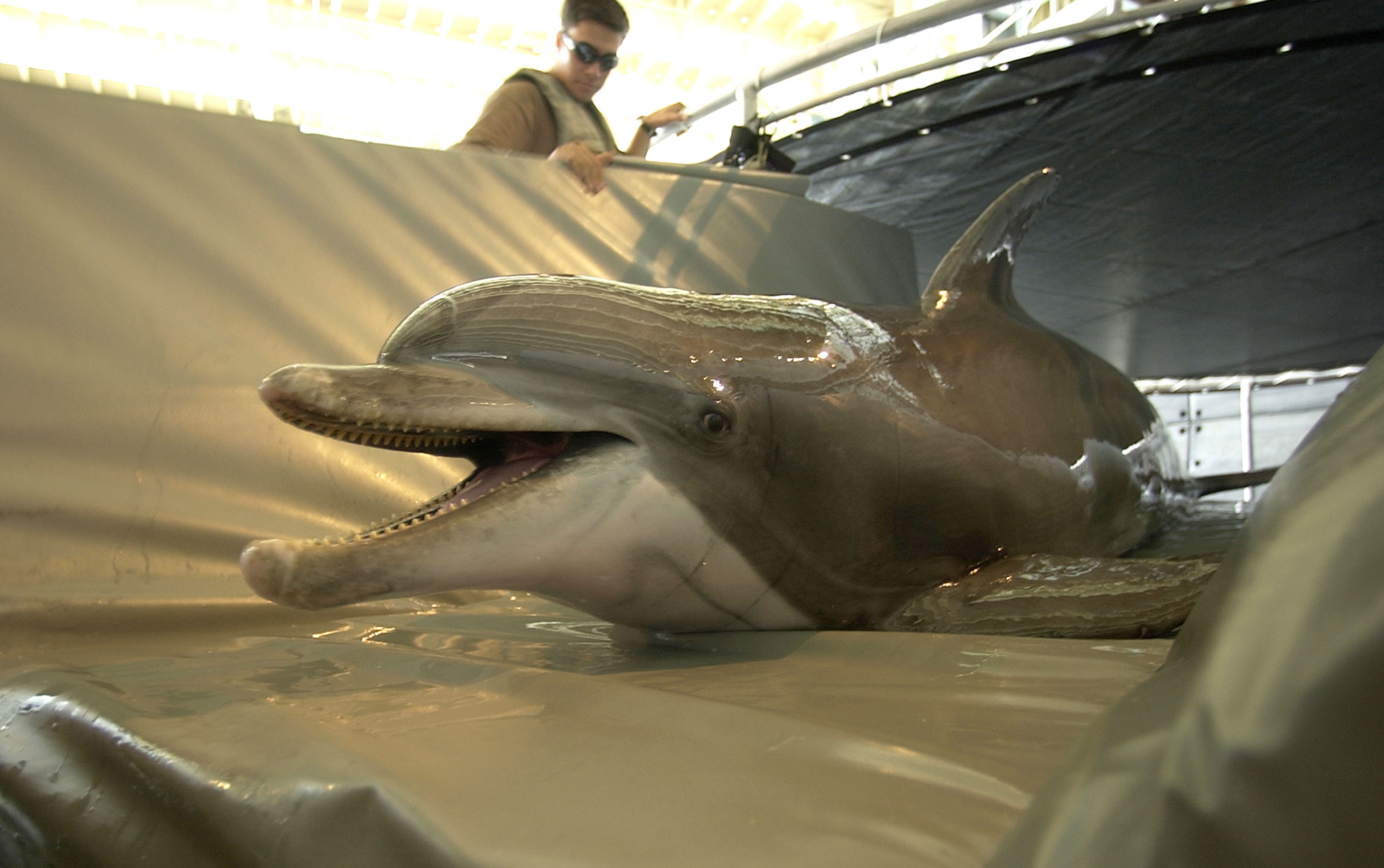 AT SEA: This hand out photo from the U.S. Navy shows Spetz, a bottlenose dolphin belonging to Commander Task Unit 55.4.3 beach up on a transfer mat before going out on a training mission from the well deck of the USS Gunston Hall March 17, 2003 in the Arabian Gulf.  (Photo by Brien Aho/U.S. Navy/Getty Images)

“I cannot bear to see my animals starve,” Zhurid told the Russian newspaper Komsomolskaya Pravda. “We’re out of medicine, which costs thousands of dollars, and have no more fish or food supplements.” (RELATED: Trump Offers Iran A Chance For Peace After Country Launches Missiles At US Bases In  Iraq)

Mr. Zhurid then sold the dolphins to Iran in 2000, BBC News reported. Komsomolskaya Pravda wrote that “In essence, Iran has bought our former secret weapon from Ukraine on the cheap.” Zhurid added that he is “prepared to go to Allah, or even to the devil, as long as my animals will be OK there.”

Dolphins and aquatic mammals have been used for war since the 1960’s. During the Cold War, the United States military discovered that bottlenose dolphins and California sea lions were useful in detecting underwater mines and enemy swimmers. The dolphins’ excellent biosonar and the sea lions’ underwater vision made them perfect for use in war. The Soviet Union quickly began using marine mammals as well.

There is no evidence that the dolphins sold by Zhurid are still alive or are actively serving in the Iranian military, but some dolphins can live for up to 50 years.