Roughly 75% of damage stemming from California’s wildfires was a result of “the way we manage lands and develop our landscape,” Scott Stephens, a professor of fire science at the University of California, Berkeley, said Wednesday at a conference in Washington.

Wildfires used to burn through 4.5 million acres a year in the 18th century, when indigenous communities populated California’s countryside, Stephens noted. “Fire was almost as important as rain to ecosystems,” he added.

Stephens was not the only researcher at the National Council for Science and the Environment to made that point. “Wildfire is not really wildfire — it’s not pointy green trees,” Jennifer Montgomery, director of the California Forest Management Task Force, added.

Montgomery continued: “You get these so-called wildfires at intersection of development.” (RELATED: Trump Promises ‘Safe Forests’ As He Surveys California Wildfire Damage) 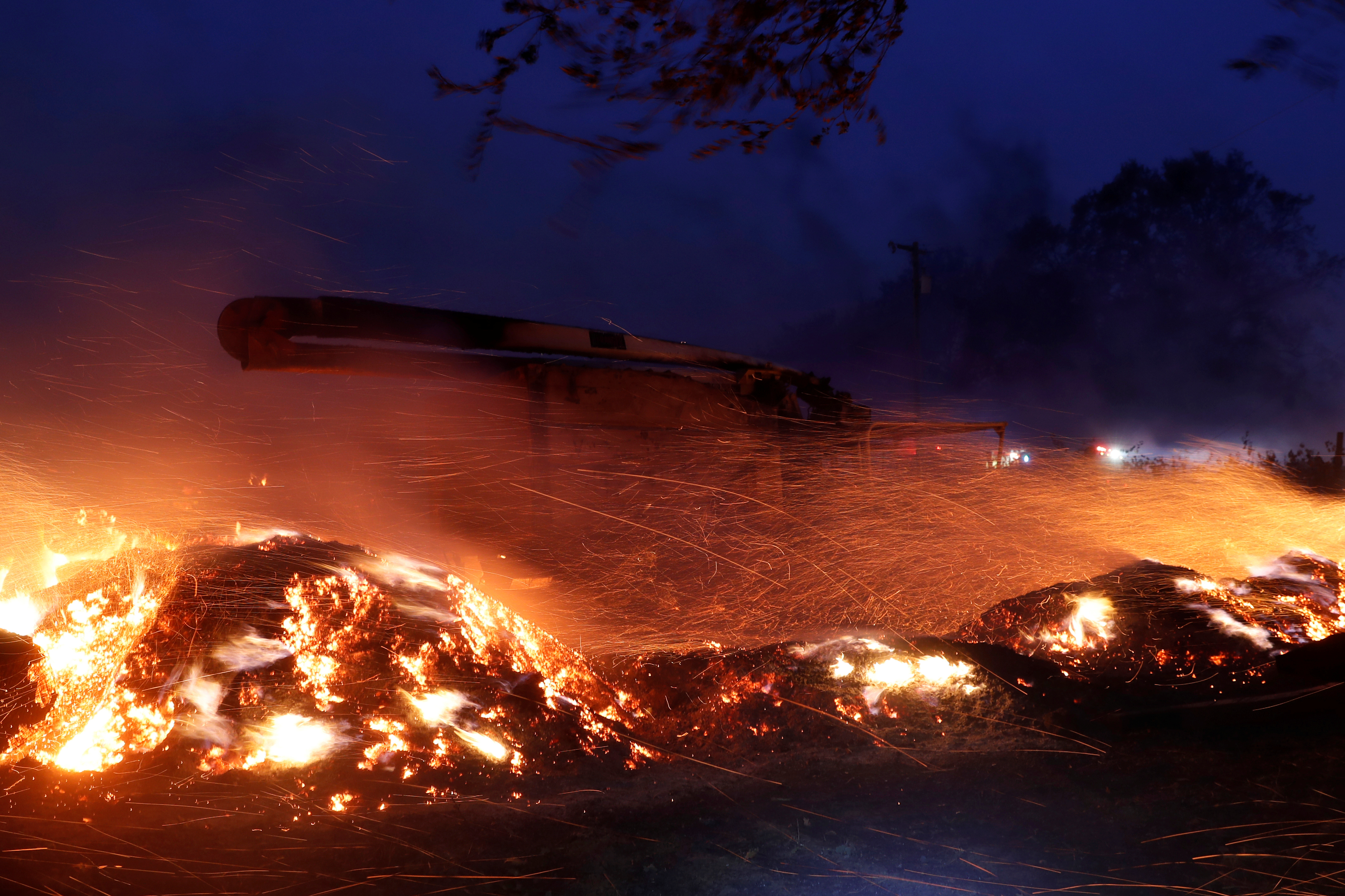 Embers fly around a burnt out truck during the wind-driven Kincade Fire in Healdsburg, California, U.S. October 27, 2019. REUTERS/Stephen Lam

“There is no reason for these massive, deadly and costly forest fires in California except that forest management is so poor,” the president tweeted in September 2018 when fires were scorching their way across the Golden State.

The cost associated with firefighting is increasing dramatically, hitting a record $1.1 billion in 2017. The president signed “fire funding fix” legislation in 2018 to give federal agencies $2.25 billion to fight fires starting in 2020. That amount would increase to nearly $3 billion by 2027.

PG&E shut off electricity in November 2019 to nearly 1 million customers to prevent the spread of wildfires. The blackouts were intended to forestall wildfires. One of the utility’s snapped wires was reportedly found on a transmission tower near where the Kincade Fire began.

California wildfires killed 103 people between 2017 and 2019, and burned 4 million acres while causing millions of citizens to lose power as electric companies turned off electricity to prevent potential arching from sparking fires.

State officials frequently argued that California’s wildfires were the result of excessive carbon emissions inside Earth’s atmosphere. Former Gov. Jerry Brown, a Democrat, for instance, said in 2018 that “those who deny” global warming were “definitely contributing” to the deadly fires.

Other experts say Trump and Brown are both wrong.

“The recent fires are predominantly in grassland and chaparral,” University of Washington climate scientist Cliff Mass told the Daily Caller News Foundation in 2018. And Brown is wrong because the prairie grass would have burned despite climate change, he added.