CNN analyst Van Jones told Democrats to “wake up” Tuesday night because President Donald Trump is “effective” in “going after enough black votes to cause us problems.”

“What he was saying to African-Americans can be effective,” Jones told a CNN panel following Trump’s State of the Union address. “You may not like it but he mentioned HBCUs [Historic Black Colleges and Universities]: black colleges have been struggling for a long time, a bunch of them have gone under, he threw a lifeline to them in real life in his budget. He talked about this. He talked about criminal justice reform. He talked about Opportunity Zones.”

Jones insisted that blacks will inevitably see past his rhetoric, such as Trump’s reported use of the phrase “sh**-hole nations” to describe third-world countries and embrace the polices that Trump is promoting. (RELATED: Van Jones: No Candidate In Democratic Debate ‘Could Take Donald Trump Out’)

“The thing about it is, and we’ve got to wake up, folks, there’s a whole bubble thing that goes on. Well he said s-hole nations, therefore all black people are going to hate him forever. That ain’t necessarily so. I think what you’re going to see him do, you may not like my rhetoric, but look at my results and my record for black people. If he narrow casts that, it’s going to be effective,” he said.

The CNN analyst, who has praised Trump in the past for criminal justice reform, said Democrats cannot afford to underrate Trump’s ability to attract non-white voters. In Tuesday’s address, Trump cited black unemployment numbers that are the lowest ever recorded. A recent Gallup poll also revealed that satisfaction with “race relations” has jumped 14% since Trump took office. 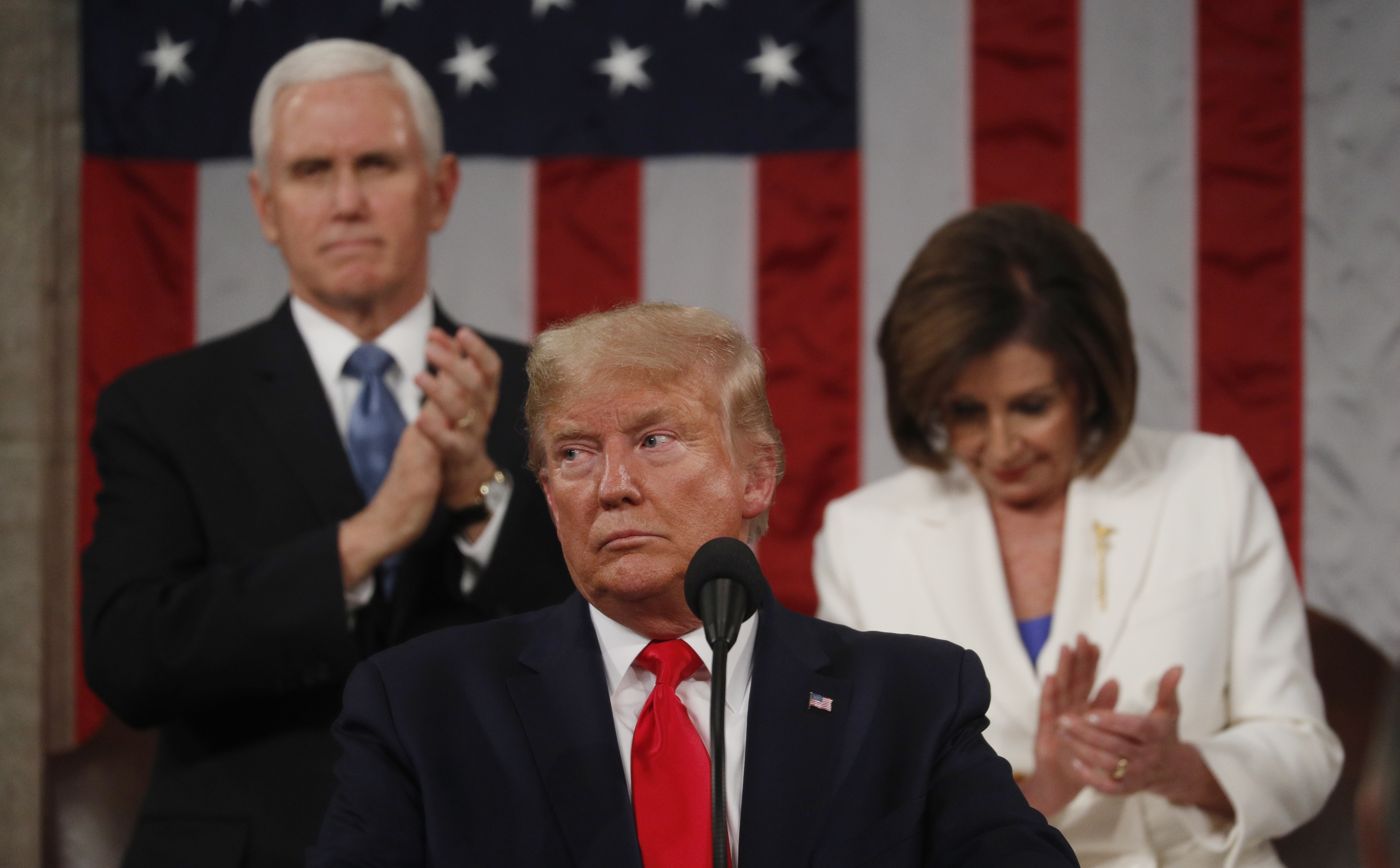 U.S. President Donald Trump delivers his State of the Union address to a joint session of the U.S. Congress in the House Chamber of the U.S. Capitol in Washington, U.S. Feb. 4, 2020. REUTERS/Leah Millis/POOL

“We’ve got to pay a lot more attention both to what’s going on with the Latino vote. Are we going to get a benefit in terms of having them respond and with the black vote is it going to be a split-off? Especially for black male voters. We’ve got to be clinical about this stuff. We get so emotional about it. That was a warning shot to us that he’s going after enough black votes to cause us problems.” (RELATED: Van Jones: Hillary Clinton Is ‘Playing A Very Dangerous Game’ With Gabbard Criticism)