The Bold City Brigade, a Jacksonville Jaguars fan group, has 16,393 fan and 654 business signatures on their petition to cancel the NFL team’s second game in London.

The group combined forces with the Teal Street Hooligans and Generation Jaguar to organize the petition, according to The Florida-Times Union. Called the “Duval Coalition,” the groups represent 9,000 combined years of season ticket support and 4,000 season ticket renewals for the 2020 season.

“Once the news really came out, the initial reaction on our part was frustration and anger,” Bold City Brigade President John Caputo said. “That became ‘what can we do?'” (RELATED: REPORT: Luke Fickell Is The Leading Candidate To Be The New Football Coach At Michigan State)

Small businesses such as Intuition Ale Works, Wicked Barley Brewing Company, and Dome Hats have all come out to support the cause as well. Intuition Aleworks Owner Ben Davis said the additional London game hurts business for his Bay Street taproom.

“If you drive down Bay Street on game day, you see crowds. We feel it more than anything because our tap room employees are tipped employees and you’re basically taking their primary source of income away,” he said, according to The Florida-Times Union. “It’s bad for hotels, too. Overall it’s just bad. From our standpoint as business owners, that needs to be brought up. It has an impact on our downtown.”

He also said that because of the differences in timezone, watch times for businesses are also affected. 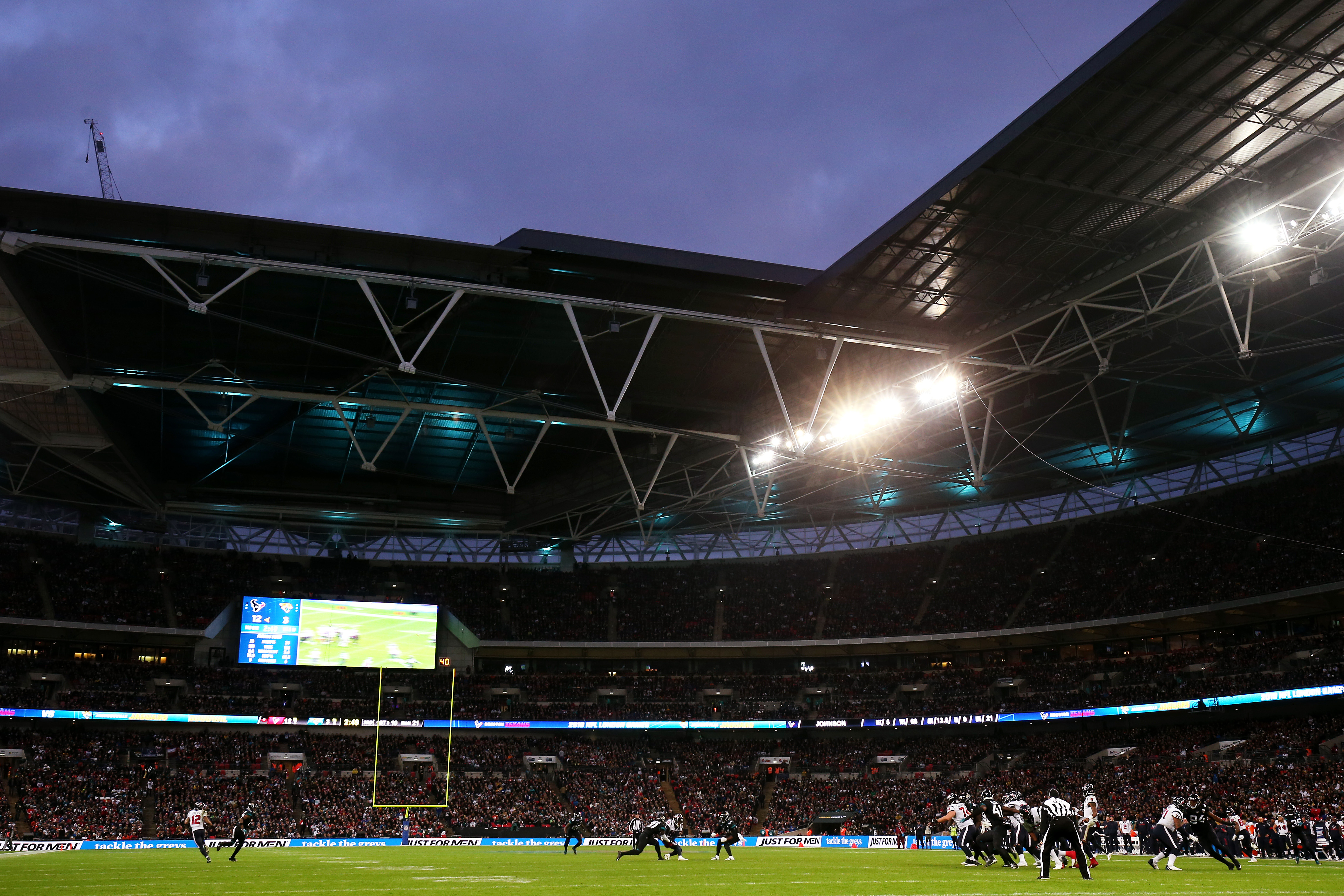 LONDON, ENGLAND – NOVEMBER 03: General view inside the stadium during the NFL match between the Houston Texans and Jacksonville Jaguars at Wembley Stadium on November 03, 2019 in London, England. (Photo by Jack Thomas/Getty Images)

“We know how passionate this fan base is and we’re all striving for the same thing: to keep the Jaguars strong in Jacksonville,” said Jaguars President Mark Lamping. “We look forward to having productive dialogue with the group, which as I understand it consists of season ticket members and local business owners. It’s important for us to listen to our fans.”

The coalition also calls out Jaguars owner Shad Khan, saying, “Is two home games in London worth losing: Shad Khan believes so.” The Jaguars have not announced the dates for their London series at Wembley Stadium.