President Donald Trump responded to criticism of his firing of Lt. Col. Alexander Vindman, tweeting Saturday that the former White House aide was “insubordinate” and “had problems with judgment.”

Trump on Friday removed Vindman, a U.S. Army officer with the National Security Council (NSC), after his appearance as a witness for the House Democrats during the impeachment inquiry. Vindman objected to the July 25, 2019 phone call between Trump and Ukrainian President Volodymyr Zelensky and declared that he was disturbed over the president’s efforts to “subvert” U.S. foreign policy.

The president derided the “Fake News” networks for extolling Vindman’s supposed virtues, saying they were “talking about ‘Lt. Col’ Vindman as though I should think how wonderful he was … but he was very insubordinate, reported contents of my ‘perfect’ calls incorrectly …” (RELATED: Trump Fires Ambassador Gordon Sondland)

Fake News @CNN & MSDNC keep talking about “Lt. Col.” Vindman as though I should think only how wonderful he was. Actually, I don’t know him, never spoke to him, or met him (I don’t believe!) but, he was very insubordinate, reported contents of my “perfect” calls incorrectly, &…

Trump continued that the officer “was given a horrendous report by his superior … who publicly stated that Vindman had problems with judgement, adhering to the chain of command and leaking information.”

….was given a horrendous report by his superior, the man he reported to, who publicly stated that Vindman had problems with judgement, adhering to the chain of command and leaking information. In other words, “OUT”. 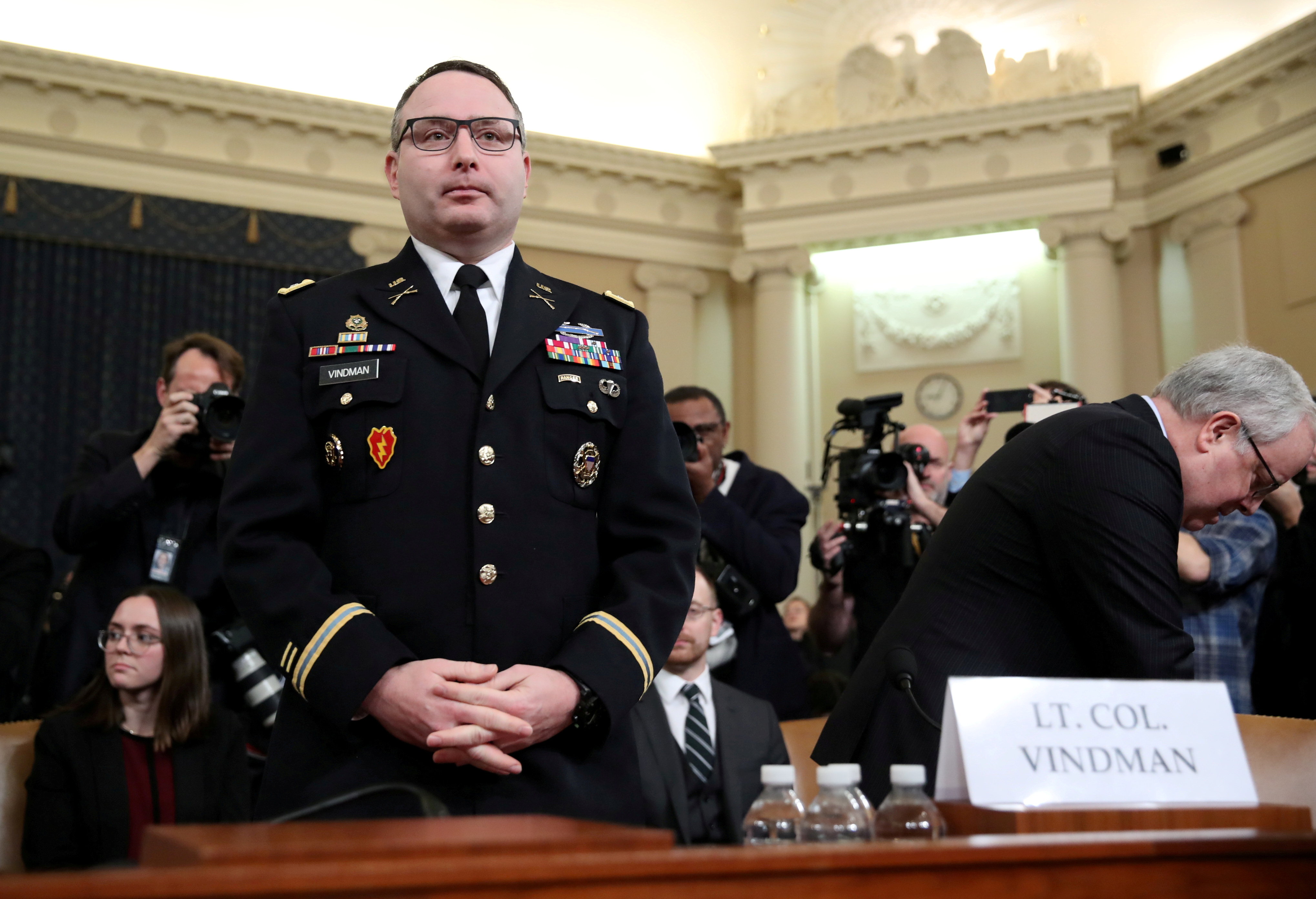 Vindman had worked as the director for European Affairs for the NSC before he became a star impeachment witness who testified for the House Democrats during the impeachment inquiry led by Democratic California Rep. Adam Schiff. (RELATED: Lt. Col. Vindman Says He Feels ‘Marginalized’ By Mean Tweets)

During his testimony Vindman claimed that the Ukrainian government had offered him the post of that country’s defense minister and last November Trump suggested the Army officer could be a “Never Trumper” working against the administration.