The White House has identified and will soon part ways with the “anonymous” official behind a recently released book and a “resistance” focused editorial published in the New York Times, former U.S. attorney Joe diGenova claimed Monday morning.

DiGenova made his claim on WMAL’s “Mornings on the Mall,” but senior White House officials declined to comment on the topic when asked by the Daily Caller. 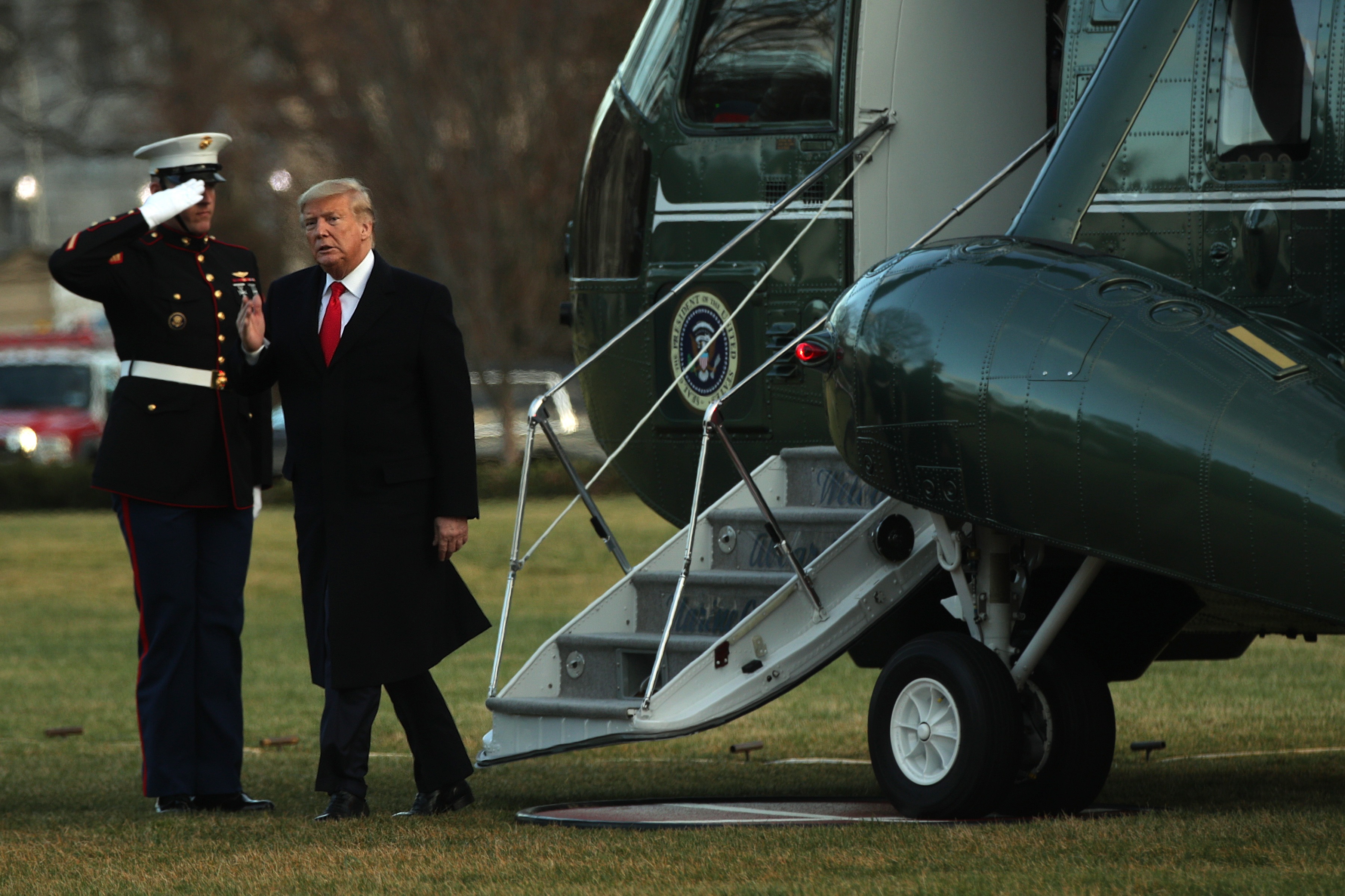 WASHINGTON, DC – FEBRUARY 07: U.S. President Donald Trump gets off from the Marine One after he landed at the South Lawn of the White House February 7, 2020 in Washington, DC. President Trump has returned from speaking at a “North Carolina Opportunity Now” summit in Charlotte, North Carolina. (Photo by Alex Wong/Getty Images)

In the book, “A Warning,” released in November, the anonymous official states there is a group of White House staffers actively hoping for President Donald Trump’s “downfall.” (RELATED: Five Key Questions About The New York Times’ Anonymous ‘Senior Official’)

White House press secretary Stephanie Grisham previously called the anonymous official a “coward” and the claims within the book “nothing but lies.”

“Real authors reach out to their subjects to get things fact checked–but this person is in hiding, making that very basic part of being a real writer impossible,” she said in response to the news of the book’s release.

Just prior to the book’s release, the Justice Department took steps toward possibly unmasking the official. Joseph Hunt, assistant attorney general for the civil division, sent a letter to the anonymous official’s publisher and literary agency asking about the official’s access to classified information.

“If the author is, in fact, a current or former ‘senior official’ in the Trump administration, publication of the book may violate that official’s legal obligations under one or more nondisclosure agreements,” the letter reads.

Trump and National Security Adviser Robert O’Brien are cutting 70 Obama-era holdovers from the National Security Council, The Washington Examiner reported Monday morning. The most public of these firings was that of Lt. Col. Alexander Vindman on Friday. Vindman testified during the impeachment inquiry that the president and his personal attorney Rudy Giuliani sought to pressure Ukraine into opening an investigation into former Vice President Joe Biden and his son, Hunter.