“Awwww it’s getting around. @realDonaldTrump is unhinged about @MikeBloomberg,” Scaramucci tweeted Monday.

Awwww it’s getting around. @realDonaldTrump is unhinged about @MikeBloomberg

This comes after Scaramucci claimed that Bloomberg would “trounce” Trump on Friday.

“It’s Mighty Mike to you @realDonaldTrump” he wrote.

It’s Mighty Mike to you @realDonaldTrump @MikeBloomberg will trounce Trump

The Mooch has been on a retweet spree of Bloomberg’s tweets lately, and has been sending more tweets mocking Trump, such as, “Bloombito means Trump Finito,” and “This is very enjoyable. The Orange Man is freaked out by Miguel Bloombito.”

This is very enjoyable. The Orange Man is freaked out by Miguel Bloombito. https://t.co/LyBR3mBqY8 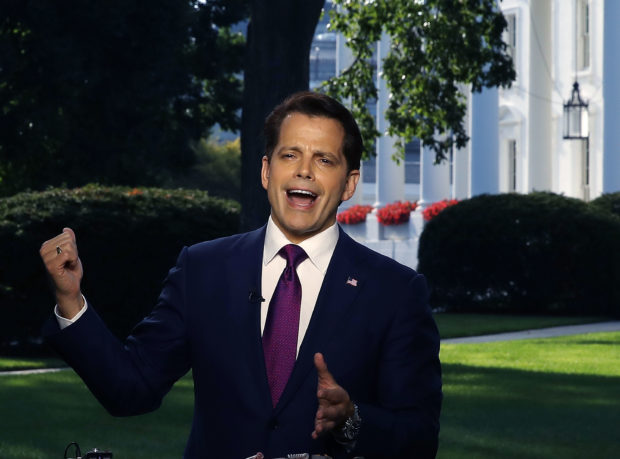 Bloomberg announced his candidacy last year, electing to skip the Iowa and New Hampshire Democratic races. Trump has given his fellow New York billionaire plenty of grief on Twitter, making fun of his height and more with increasing regularity. (RELATED: ‘Mini Mike’: Trump Has A New Nickname For Mike Bloomberg)

The former New York City mayor has returned fire, calling the president “obsessed.” Recent polling has indicated that Bloomberg beats Trump in a head-to-head race, with the largest margin over Trump of any Democrat.

1
'Indefensible And Grotesque': Jonah Goldberg Slams Kayleigh McEnany, And Chris Wallace Joins In
Media
2
These Are The Most Illogical Coronavirus Restrictions Still In Place
Analysis
3
Whitmer Says She Censors Herself So Trump Won't Cancel Aid To Michigan
Politics
4
'Doesn't Seem People Are Following It Very Well': Memorial Day Partiers At Lake Of The Ozarks Ignore CDC, Local Health Guidelines
US
5
'Hitler Is Their God': 95-Year-Old World War II Veteran Explains How He Found Faith Through The Horror
World