MLB Commissioner Rob Manfred apologized yesterday for his comments about the World Series trophy being a “piece of metal.”

MLB Commissioner Rob Manfred has apologized for what he calls his disrespectful reference to the World Series trophy as a “piece of metal.”

“I referred to the World Series trophy in a disrespectful way, and I want to apologize for it,” Manfred said, “there’s no excuse for it. It was a mistake to say what I said.” MLB players, fans and management have all expressed anger over how Manfred has handled the situation with the Astros cheating scandal. Even LeBron James voiced his opinion on twitter about the situation. (RELATED: Max Stassi Apologizes For Astros Cheating, Aaron Boone Gives His Thoughts)

Listen I know I don’t play baseball but I am in Sports and I know if someone cheated me out of winning the title and I found out about it I would be F*^king irate! I mean like uncontrollable about what I would/could do! Listen here baseball commissioner listen to your…..

players speaking today about how disgusted, mad, hurt, broken, etc etc about this. Literally the ball() is in your court(or should I say field) and you need to fix this for the sake of Sports! #JustMyThoughtsComingFromASportsJunkieRegardlessMyOwnSportIPlay

Former Chicago Cubs and Boston Red Sox pitcher Jon Lester, who won three World Series trophies, was not pleased with the commissioner’s comments either, according to the Associated Press. “That’s somebody that has never played our game. You play for a reason, you play for that piece of metal. I’m very proud of the three that I have,” Lester said. “If that’s the way he feels, then he needs to take his name off the trophy.” 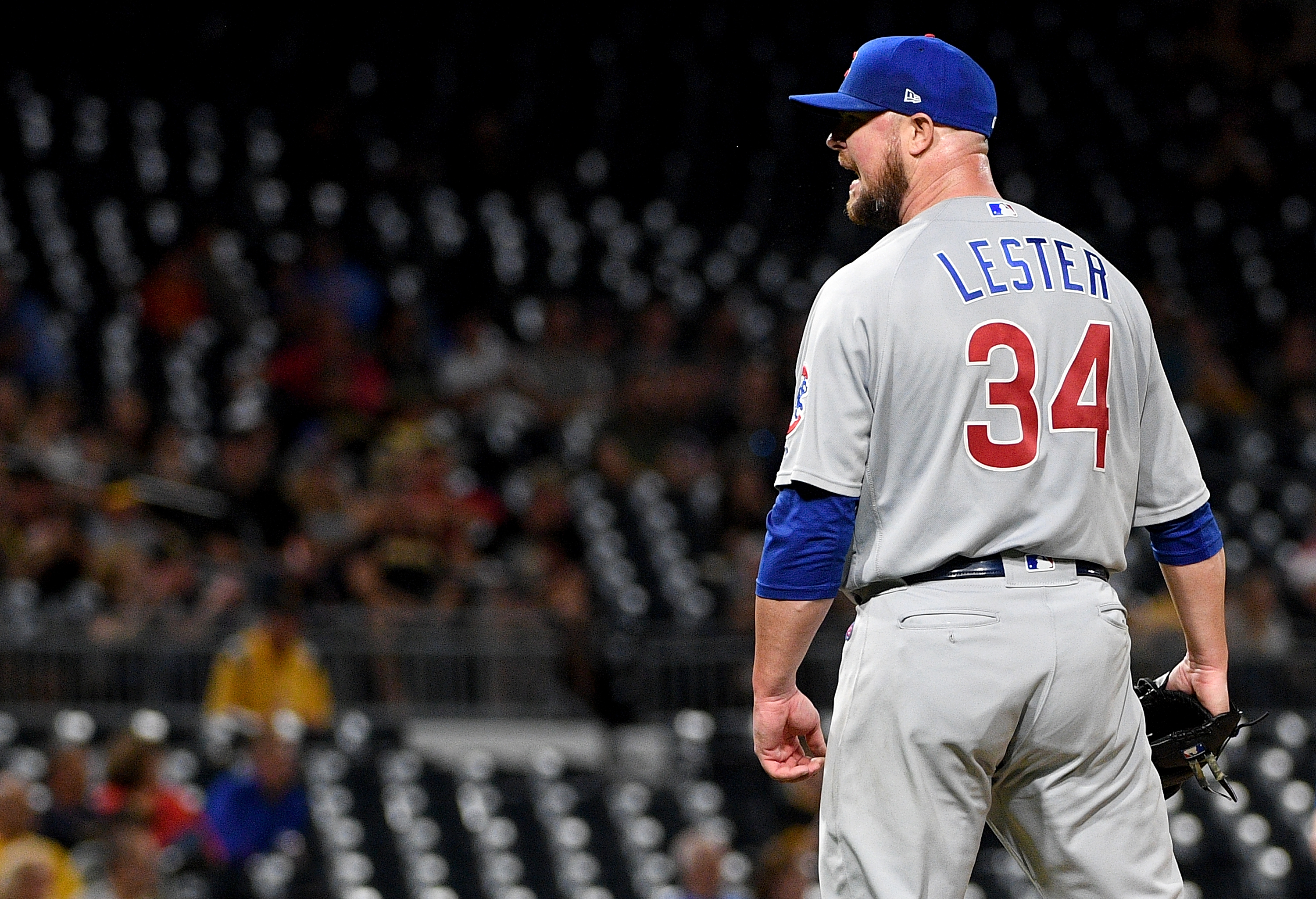 PITTSBURGH, PA – SEPTEMBER 25: Jon Lester #34 of the Chicago Cubs reacts after giving up a single to Steven Baron #61 of the Pittsburgh Pirates in the fourth inning during the game at PNC Park on September 25, 2019 in Pittsburgh, Pennsylvania. (Photo by Justin Berl/Getty Images)

Players have continued to come out and attack the penalties imposed on players and management in the cheating scandal for being too lax. Manfred claimed that the reason for the lack of hard punishments was because of negotiations with the MLB Players Association, which negotiated immunity for players in exchange for help with the investigation. “One of the principal complaints seems to be that the Houston players were not disciplined,” Manfred said. “And that lack of discipline immunity was negotiated with the union that represents the players.” 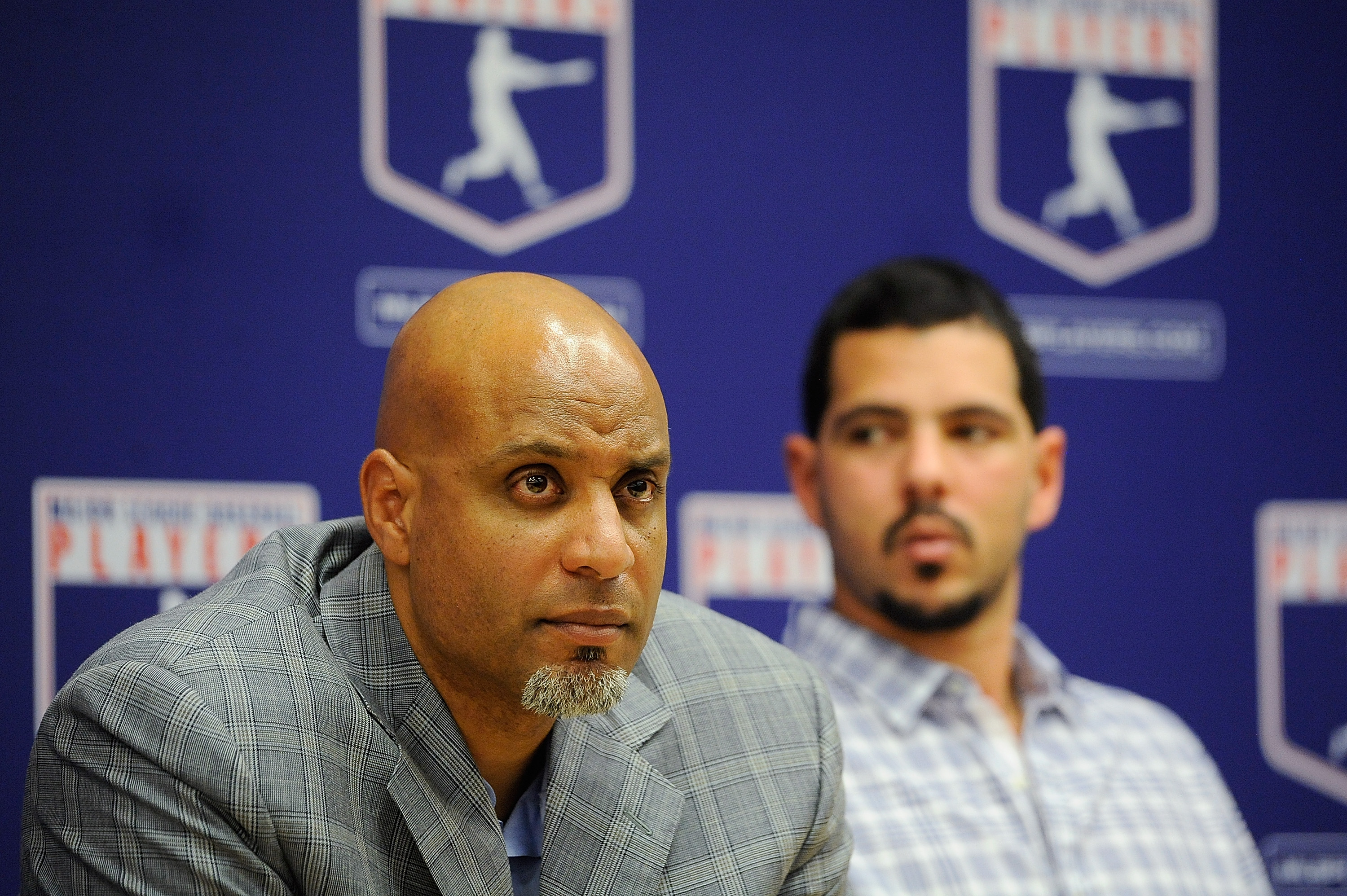 The MLB Players Association head Tony Clark, in a statement last night, said “Any suggestion that the association failed to cooperate with the commissioner’s investigation, obstructed the investigation, or otherwise took positions which led to a stalemate in the investigation is completely untrue. We acted to protect the rights of our members, as is our obligation under the law. We have made it clear to MLB that no issue is off the table, including player discipline.”

As for the piece of metal the commissioner apologized for, Lester says it’s the first thing he shows people when they enter his home. “I’m proud of them. That’s a lot of years, a lot of hard work. You can’t just bring it down like that,” he said.