After a month of environmental extremists blockading rail traffic and constructing illegal barricades without fear of arrest, a new poll says 69% of Canadians believe that “Right now, Canada is broken.”

The poll, conducted for the National Post, reveals a growing anger in Canada over the federal Liberal government’s apparent tolerance for illegal dissent if it promotes an environmental agenda.

A demonstrator raises his fist as he sits on a bridge overlooking an encampment of the Tyendinaga Mohawk Territory, set up in support of the Wet’suwet’en Nation who are trying to stop construction of British Columbia’s Coastal GasLink pipeline, in Tyendinaga, Ontario, Canada Feb. 26, 2020. REUTERS/Alex Filipe

It is also bad news for Canadian Prime Minister Justin Trudeau who returned to power last October with a fragile minority government that could fall if the Opposition Conservatives and at least one other party in Parliament join forces to vote the Trudeau Liberals out of power.

Trudeau gets a failing grade from the poll’s respondents, with only 27% of those surveyed approving of the way Trudeau has handled the blockade and other disruptive protests.

“This is one of the few polls that I just looked at — and I’ve been doing this for 30 years, so I did polling around the Oka Crisis — I was astonished when I saw some of these numbers, but I’m not surprised,” pollster John Wright told the National Post.

The civil unrest was sparked when environmentalists decided to protest a court decision to approve the construction of the Coastal GasLink pipeline in northern British Columbia. (RELATED: Mining Company Withdraws From $20B Oil Sands Project — Citing Trudeau’s Environmental Policies)

Trudeau finally called for an end to the blockade last Friday and told relevant police forces to enforce the law against the illegal barricades.

Despite police action to tear down some barricades, pockets of resistance are continuing across Canada this week, including Mohawk protesters outside of Montreal. The premier of Quebec this week said the masked demonstrators have access to AK-47 assault rifles.

Trudeau was slow to address the crisis. While environmental activists brought railway traffic to a standstill,  the prime minister continued to criss-cross the globe, seeking to secure foreign support Canada’s bid to regain a seat on the United Nations Security Council. 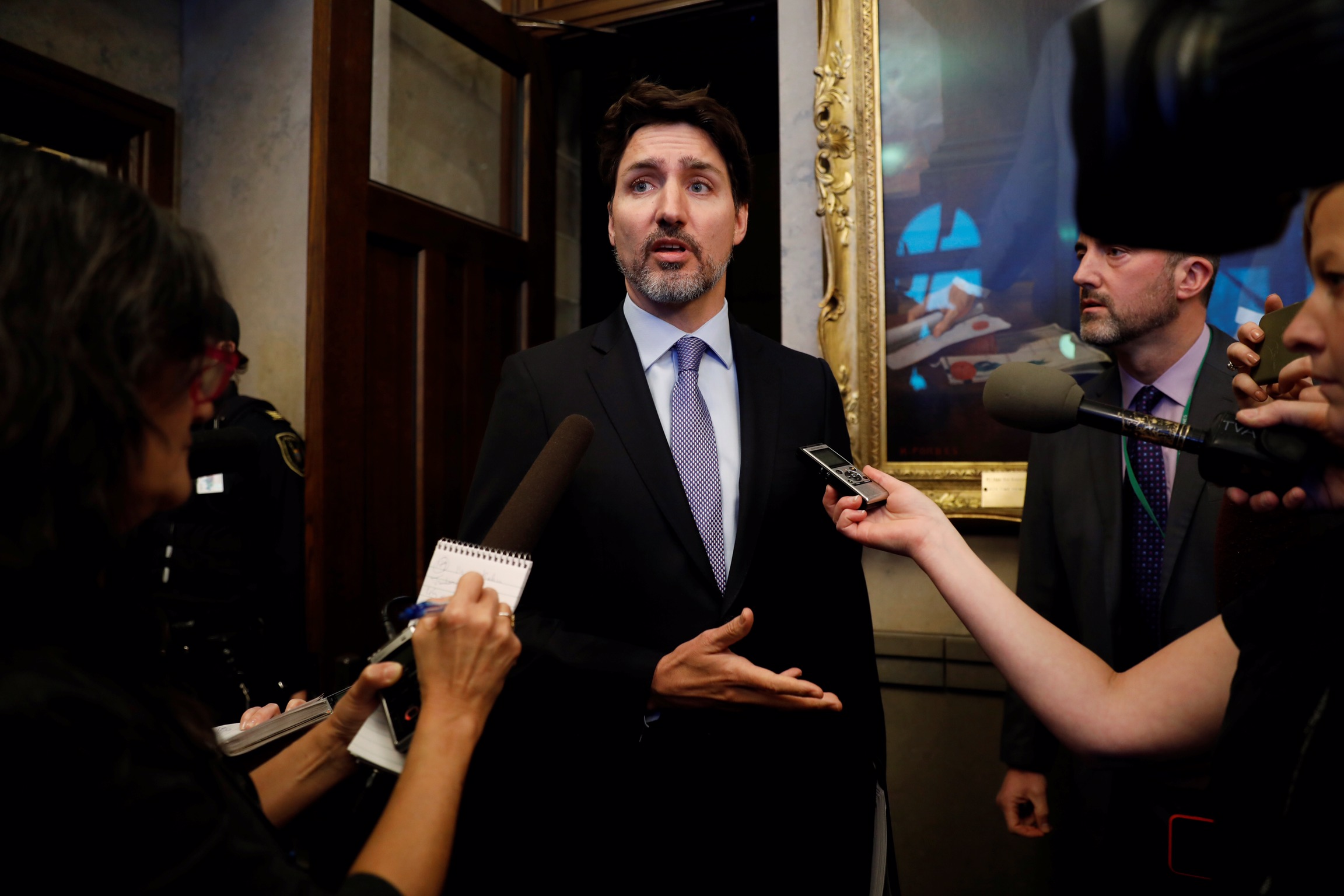 As the crisis accelerated, Trudeau came home and promised to outline an action plan before the House of Commons. He didn’t deliver and his wait and see attitude enraged Conservative leader Andrew Scheer, who called Trudeau’s speech “the weakest response to a national crisis in Canadian history.” (RELATED: Counter-Protesters In Alberta Tear Down Anti-Pipeline Barricade As Trudeau Contemplates Action)

“A lot of the blame has been centered on the prime minister and the Liberal government,” Daniel Béland, the director of the McGill Institute for the Study of Canada, told the National Post.

“There was some form of void. The government left the impression — at least many people came to the conclusion — that there was no one really in charge of the situation,” Béland said.

The National Post notes that the “poll was conducted among 1,511 randomly selected Canadian adult members of Maru/Blue’s online panel on /Feb. 24 and is considered accurate within plus or minus 2.9 percentage points.”