Bloomberg’s full statement released Wednesday indicates that he will be endorsing former Vice President Joe Biden, who he calls a “great American.”

Axios first reported the news. The billionaire, despite spending hundreds of millions of dollars, only won the island of American Samoa on Tuesday.

Biden took a commanding lead in the race over the last week or so, winning South Carolina handily, and wrapping up the endorsements of former Democratic rivals, such as former South Bend, Indiana, Mayor Pete Buttigieg and Minnesota Sen. Amy Klobuchar. 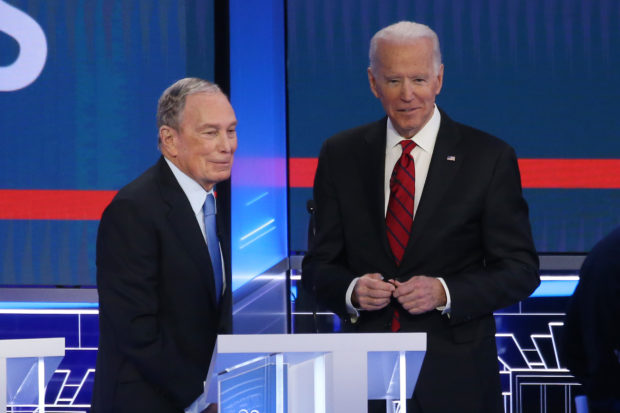 On Tuesday, Biden won more states than Vermont Sen. Bernie Sanders and surged ahead of him in the projected delegate count.

All eyes are now on Sanders, as the Democratic primary looks more and more like a two-man race. (RELATED: Joe Biden Uses South Carolina Victory Lap To Take Veiled Swipes At Bernie Sanders)