Bernie Sanders drew a contrast between himself and Joe Biden at a rally in Chicago. “Joe Biden and I are friends; I have known him for many years, but we have different records. We have a different vision; the American people will hear about it,” Bernie Sanders said. Sanders was speaking at a rally at the Petrillo Music Shell in downtown Chicago on Saturday. Sanders then listed differences between him and Biden: Iraq, the 2008 bailout, trade, social security, and abortion. 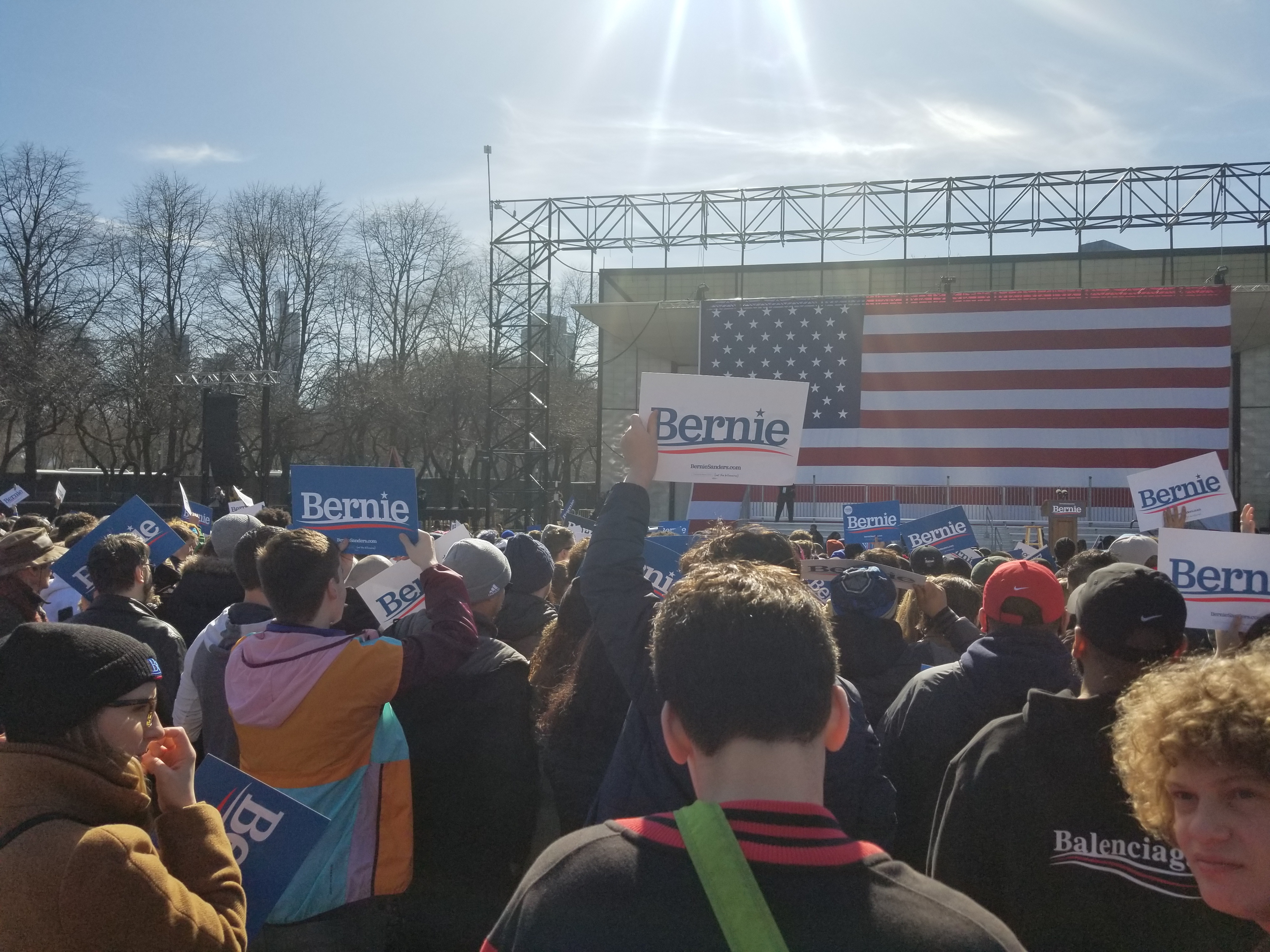 Sanders called the Iraq war, “the worst foreign policy blunder in the modern history of this county.” “One of us voted for that war; that was Joe Biden.” Sanders continued. “One of us led the opposition to that war; that was Bernie Sanders.” (RELATED: ‘Unacceptable’: Sanders Demands Biden Apologize To His Supporters ‘Of Color’ Over CNN Screaming Match)

Referring to NAFTA and other trade agreements in the 1990s, Sanders said, “One of us, Joe Biden, voted for those agreements, which cost us over five million decent paying jobs. One of us worked with the unions in this country and understood that it was unfair to ask American workers to compete against people in China, Russia, in Vietnam, in Mexico, of low wage countries, who are earning starvation wages.”

Sanders even went after Biden on abortion, for his previous support for the Hyde Amendment. “Joe Biden, in the past, has voted for what is called the Hyde Amendment. That said that women could not Medicaid dollars in order to protect their reproductive rights and get an abortion.” Sanders said, “I am proud to tell you that I have a 100% pro-choice voting record.” 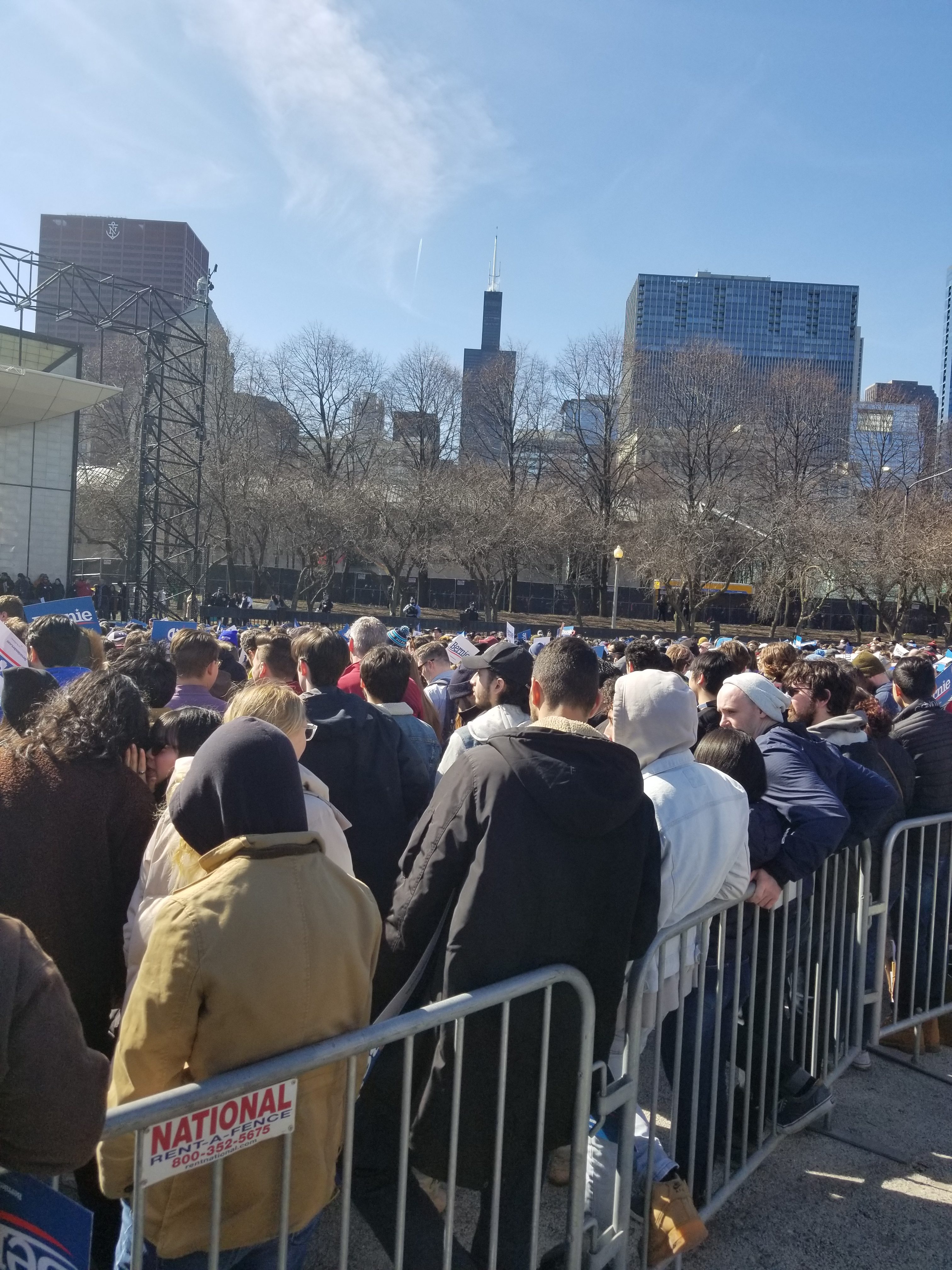 Sanders wasn’t the only one drawing comparisons between himself and Biden on Saturday. Dr. Steven Thrasher is a professor at Northwestern University and campaign surrogate. In his speech which preceded Sanders’, Dr. Thrasher noted, “Who can we trust in these times for our physical health? Can we trust status quo Joe Biden, who is beholden to the pharmaceutical companies of Wall Street that profit from our pain? No, we can trust Bernie Sanders.”

The status quo moniker was used repeatedly by Dr. Thrasher. “For queer and trans health, can we trust status quo Joe who supported bans on gay marriage and military service in the 90s? No, we can trust Bernie Sanders who publicly supported us decades before it was convenient,’ Dr. Thrasher said.

Sanders also made it clear that Trump is every Democrats’ main target. “Today, we make it clear that we are going to defeat the most dangerous president in the modern history of this country,” Sanders said, “The good news is that of all eighteen candidates we all understand that at the end of the day we are going to get behind the winner, because we know that together our differences are far, far, less than they are with this dangerous president.”

Illinois will have its primary on March 17.