An unexpected global pandemic could give New York Governor Andrew Cuomo what he wants most: a Democratic presidential nomination.

Cuomo, who just last year was on everyone’s short list of potential challengers to President Donald Trump, is handling coronavirus with such poise that political analysts from both sides of the aisle tell Daily Caller that it’s improbable but not impossible Cuomo leaves a brokered Democratic National Convention with the party’s 2020 nomination. 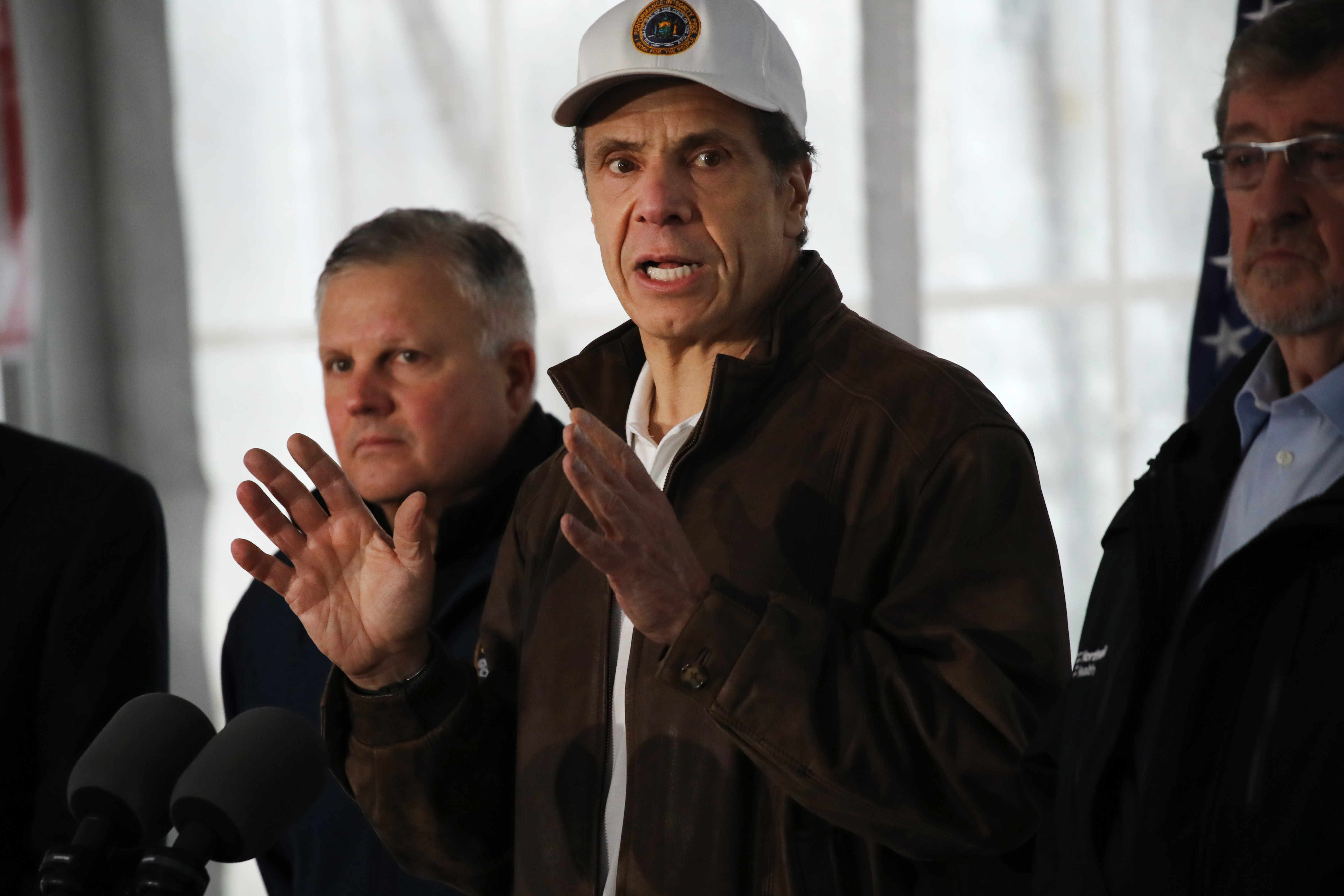 Apart from Trump and members of his administration, Cuomo has been without question the unofficial face of the effort to curb the pandemic. His state comprises roughly 60% of the nation’s total coronavirus cases, and he’s taken clear action, ranging from granting mortgage relief and implementing new public health rules to leveraging the Army Corps of Engineers to construct makeshift hospitals to supplement New York’s existing medical centers.

His delivery throughout the pandemic has toed the line between rational and authoritarian, but he’s still earned rave reviews for his demeanor, even as New York City Mayor Bill de Blasio has been ridiculed by press and public alike.

And throughout it all, he’s holding daily press conferences, many of which set the tone and topics for the media’s coronavirus coverage and the White House’s own task force press briefings.

Making an announcement at the Javits Center in New York City. Watch: https://t.co/raaA5mELX5

He’s even successfully gone toe to toe with Trump, something most of the president’s allies haven’t figured out how to do. After criticizing the president’s “initial response” to the pandemic, Cuomo held a series of one-on-one conversations with POTUS in addition to the group teleconferences with the nation’s other governors. The result? Nothing short of presidential praise in front of a primetime national audience. He demanded additional ventilators on Tuesday, and FEMA shipped an additional 4,000. (RELATED:Cuomo And Trump Both Say Economic Standstill Is Unsustainable, But Differ On How Quickly To Get Back To Business)

Watch any of his coronavirus public statements and then compare them to those offered by the presumptive Democratic nominee, former Vice President Joe Biden.

Biden delivered a roughly 15 minute national address on Monday, during which he forgot the governor of Massachusetts’ name and nearly imploded when his teleprompter committed suicide.

Prior to Monday’s livestreamed disaster, the 77-year-old had seemingly disappeared from the public eye. Truthfully, it’s not his fault. Both Trump and the Centers for Disease Control have issued guidance urging elderly Americans to take extra precautions and social distance themselves from the rest of the populace, but that’s kind of the whole point. Cuomo is 15 years younger.

Remember, Biden didn’t reclaim the 2020 primary pole from Vermont Independent Bernie Sanders by touting his progressive record. He did it by spending an entire year reminding the nation he used to work for Barack Obama, trotting out a drip-drip-drip of endorsements from damn near the entire Democratic field, and capitalizing on Sanders’ refusal to denounce communist dictators.

On the other hand, Cuomo’s resume checks most of the boxes on the liberal wish list.

Pushed for the strictest gun control laws of any state in the nation? Locked and loaded. 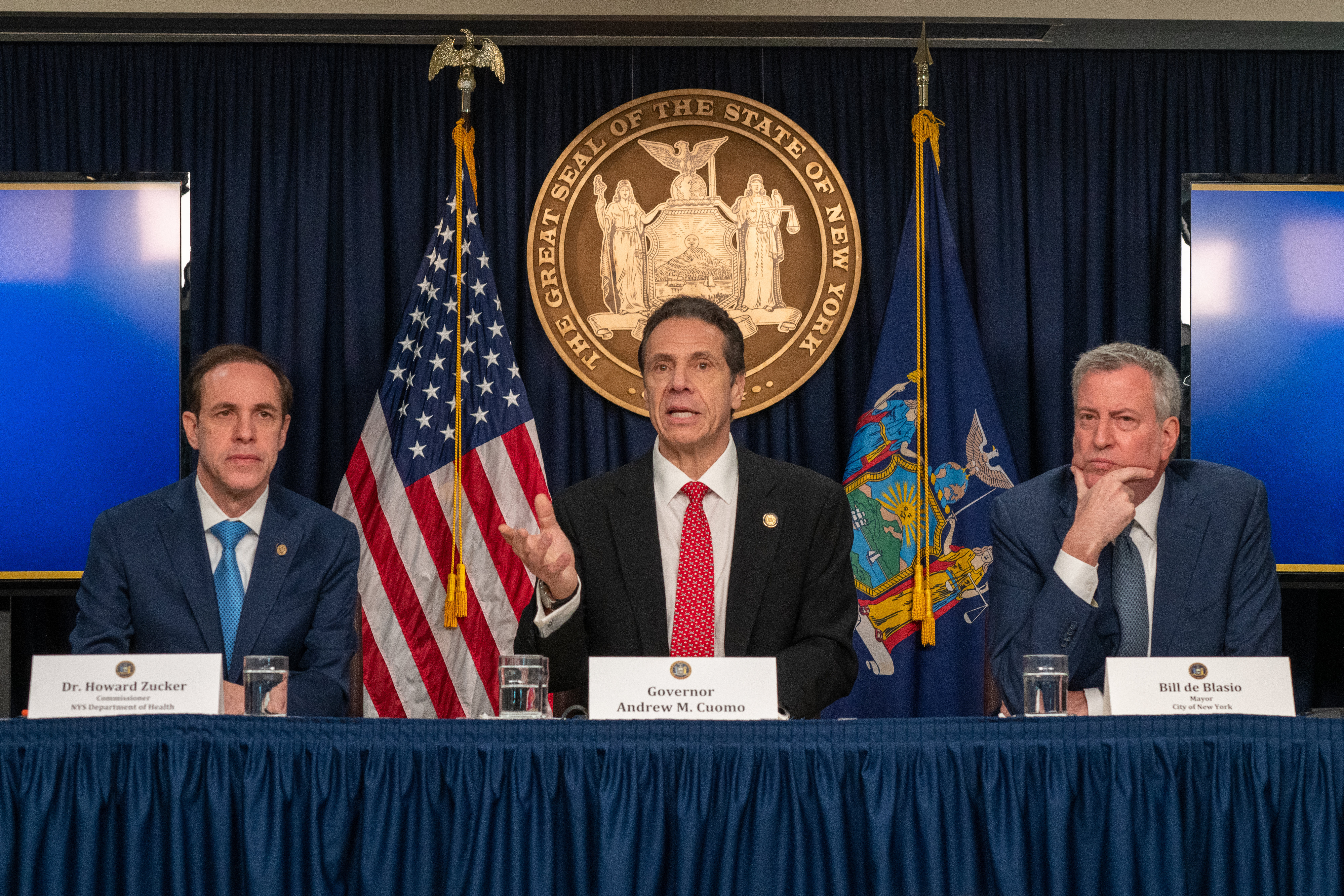 Political accolades aside, the Cuomo scenario only exists if Biden can’t earn the 1,991 pledged delegates necessary to win the nomination ahead of the convention. Still, though he’s cruised to substantial victories in the majority of primaries since South Carolina, Biden isn’t a shoo-in to clear that delegate threshold. If you take Sanders at his word, he has every intention of staying in the race until Milwaukee, leaving the door open for Cuomo to steal the show at a brokered convention.

When pressed by Daily Caller on whether Cuomo could actually pull off a coup at the DNC, Antjuan Seawright, Democratic Congressional Campaign Committee adviser and adviser to Cuomo’s 2018 gubernatorial reelection campaign, said simply “who knows” what the immediate future holds. He should “take it one day at a time.” Seawright did state that he’s immensely “proud” of the work Cuomo has done, given the chaos surrounding coronavirus.

Erick Sanchez, Democratic strategist and press secretary to Andrew Yang’s presidential campaign, doesn’t think the idea has “even crossed [Cuomo’s] mind, neither now nor at any point this year.”

“But his leadership right now will be rewarded in the short and long term by the people of New York,” he added. “I feel like Americans are looking to their elected leaders to do right by them. Congress clearly isn’t getting it done so it’s a relief that it’s happening at the state and local level.” 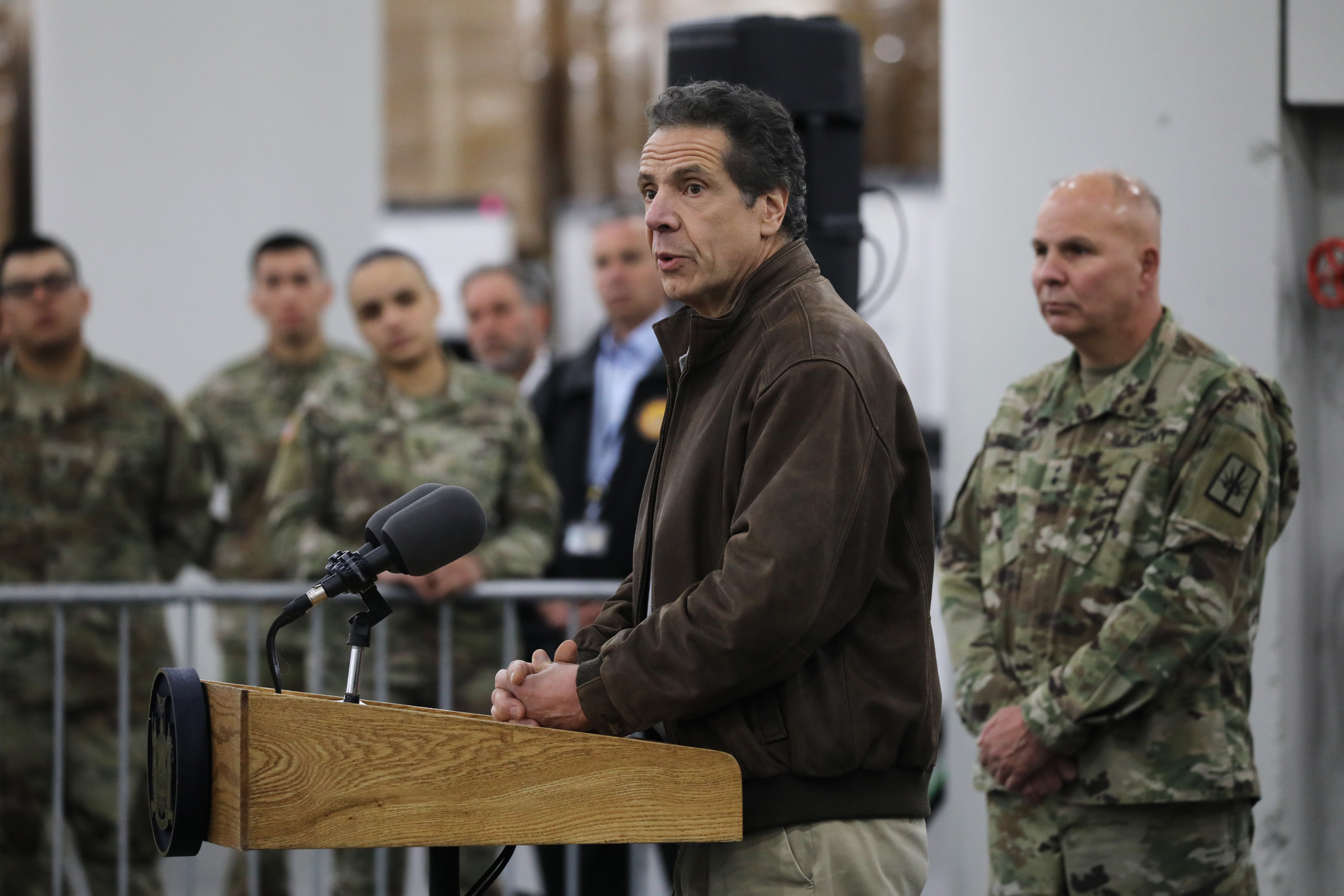 NEW YORK, NEW YORK – MARCH 23: New York Governor Andrew Cuomo speaks to the media and members of the National Guard at the Javits Convention Center which is being turned into a hospital to help fight coronavirus cases on March 23, 2020 in New York City. (Photo by Spencer Platt/Getty Images)

The most ardent believer in the Cuomo for Prez theory is actually one of Trump’s closest advisers, who spoke to Daily Caller on the condition of anonymity. The adviser also knows Cuomo “pretty well” and has been suggesting behind closed doors this scenario could actually happen.

Even political betting markets have bumped Cuomo up in the race. At press time, the non-profit PredictIt.org moved Cuomo ahead of Sanders and former Secretary of State Hillary Clinton into a very distant second place.

Fox News host and Daily Caller founder Tucker Carlson told his viewers for months that the likely big winner of a brokered DNC would be none other than former First Lady Michelle Obama. In a world where an outside force needs to save the party from a popular revolutionary, Carlson would be right, but that’s not how the story unfolded.

Instead, Democrats have an opportunity to trade in Biden for a newer model, a model with significantly fewer miles and a working GPS. And sure, during that model’s tenure as Bill Clinton’s Housing and Urban Development Secretary it might have contributed to the subprime mortgage crisis, but that’s just one more similarity he shares with the presumptive nominee.

It’s improbable, but not impossible.