The U.S. marriage rate has dropped to the lowest on record since the federal government began keeping the data in 1867, the Wall Street Journal reported Wednesday.

The marriage rate fell 6% in 2018, with 6.5 unions formed for every 1,000 people, according to the National Center for Health Statistics report. The report reflects how economic insecurity and changing norms are eroding marriage, which has plunged since the Great Depression of the 1930s, according to the Wall Street Journal.

“Millennials are in peak marriage years, their 20s and 30s, and it’s still dropping,” Sally Curtin, a statistician at the center, told the Wall Street Journal. “This is historic.”

The marriage rate rebounded sharply after World War II, when marriages hit a high of 16.4 marriages per 1,000 people in 1946. But beginning in 1982, the rate declined until 2009, when it flattened before inching upward in 2014. (RELATED: Unmarried Couples Are Having Nearly Half Of America’s Kids)

Declining religious observation and growing acceptance of cohabitation have also contributed to the marriage decline, according to the Wall Street Journal. 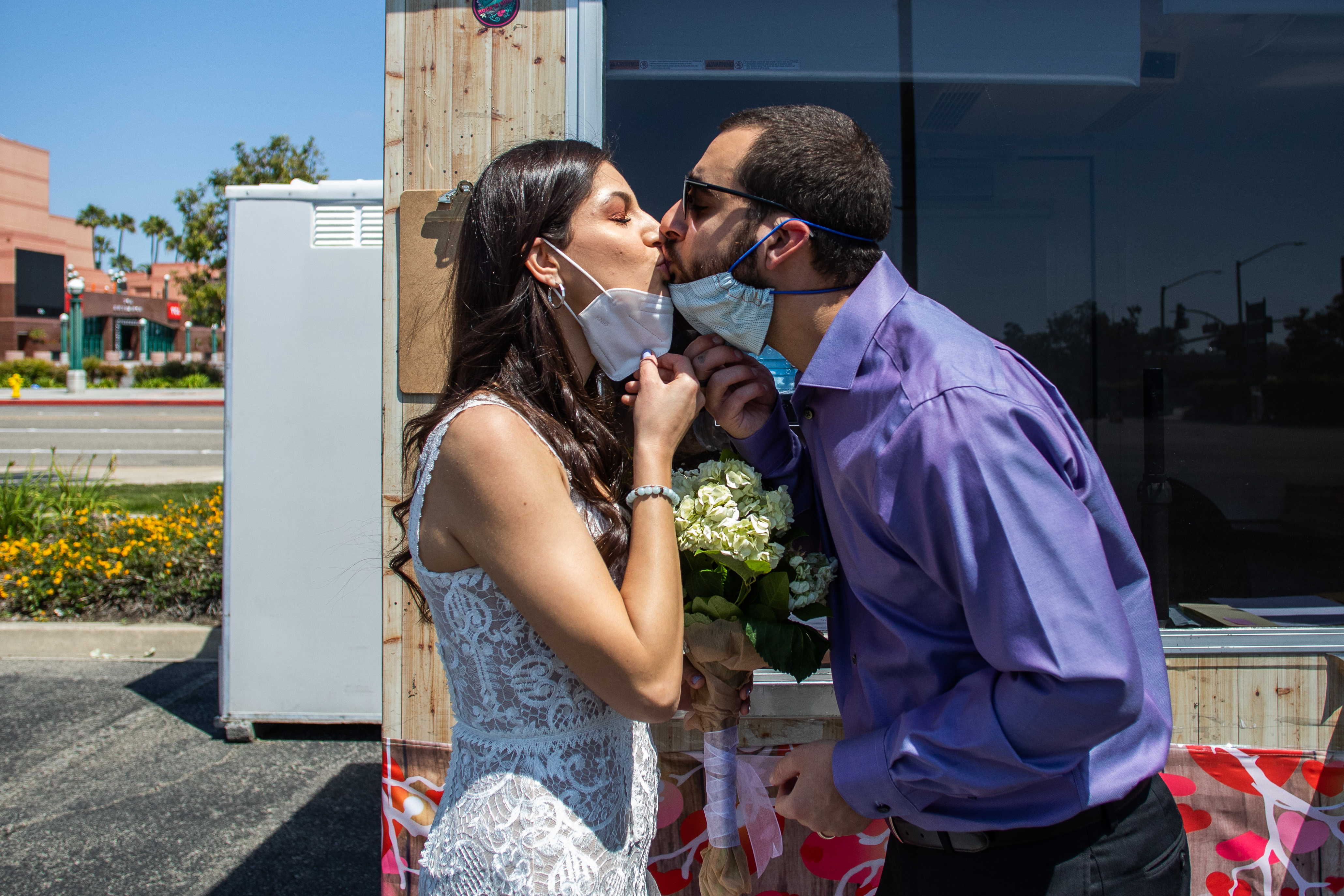 Tiffany McCaryan (L) and Kev McCaryan (R) take off their face masks to kiss after they were married by a clerk recorder at the Honda Center parking lot on April 21, 2020 in Anaheim, California. (Photo by APU GOMES/AFP via Getty Images)

The marriage decline has come for middle earners and those with only a high-school education, and the coronavirus pandemic may further discourage marriage due to financial insecurity.

However, the pandemic could also result in a burst in marriages once restrictions are lifted and the economy rebounds.