The call, which featured Pence, the governors, and various members of the White House coronavirus team, was his 17th such call since being tapped to manage the task force. Aides stressed how these conferences are an important tool for the administration to outline the latest data and policy updates as states begin to reopen their respective economies.

One of the largest updates since the previous video conference on April 27 involved the numbers on PPE shipments completed by the Federal Emergency Management Agency (FEMA) under Project Air Bridge. After one month of flights, Air Bridge had successfully shipped more than 768,000 N95 respirators, more than than 751 million gloves, 71.5 million surgical masks, 10 million surgical gowns, more than 2.1 million thermometers, more than 560,000 face shields, more than 195,000 coveralls and 109,000 stethoscopes, all to areas severely impacted by the pandemic. 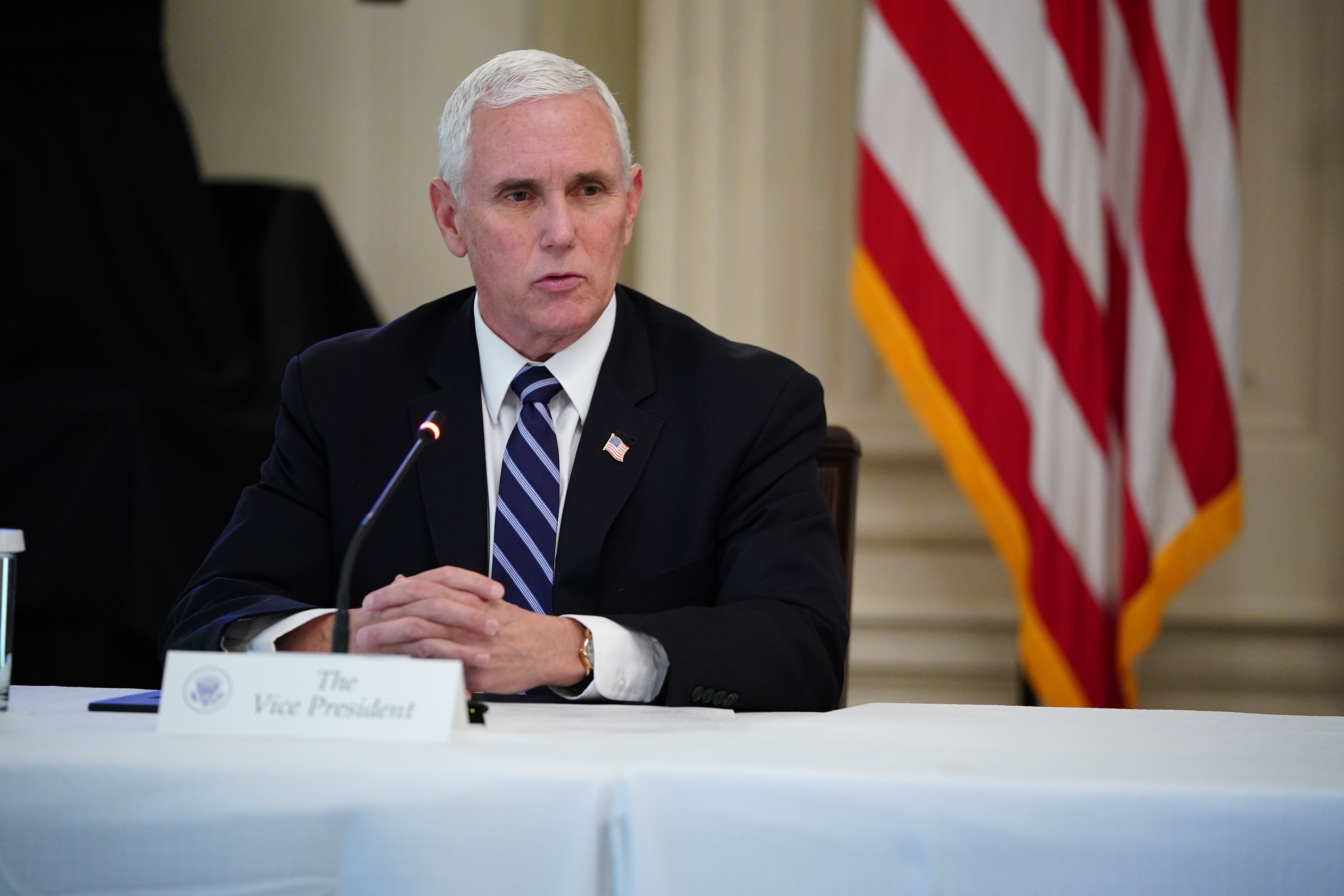 US Vice President Mike Pence speaks during a roundtable discussion with industry executives on Opening Up America Again in the State Dining Room of the White House in Washington, DC on April 29, 2020 (Photo by MANDEL NGAN/AFP via Getty Images)

“The blueprint lays out roles and responsibilities to enhance our partnership between the private and public sector, bringing together state and local governments with the federal government to make sure we can accomplish and achieve our core principles and objectives,” task force response coordinator Dr. Deborah Birx said a press conference announcing the new initiative.

At the same event, Adm. Brett Giroir added that the federal government “will be able to supply every state with supplies and tests they need to dramatically increase the number of tests we have done to this point.”

Multiple governors asked the vice president for help with stay-at-home order protesters during a recent call. The majority of states have extended or kept their orders in place, despite the guidance issued by the White House in late April on how to safely begin reopening local economies.

Prolonged lockdowns have led to severe economic uncertainty, with the latest data from the Department of Labor seeing unemployment top 16%.

President Donald Trump suggested Sunday night that he would not sign another coronavirus stimulus package into law if does not include a payroll tax cut. He has also repeatedly stated he wants the Phase 4 stimulus to include a trillion dollar infrastructure push, a call he reiterated Sunday night. (RELATED: White House Will Release ‘Conclusive’ Evidence Coronavirus Originated In Wuhan Lab, Trump Says)

“Infrastructure is very important,” he stated during Fox News’ town hall. “It’s also important to the Democrats as well, That’s something we do get along.”

Politico reported Monday morning that White House chief of staff Mark Meadows and senior adviser to the president Jared Kushner are compiling a list of new economic measures, including the president’s favored payroll tax cut, and are hoping to make announcements on the new proposals by the end of the week. The list also includes a new tax credit that incentivizes American companies to bring their manufacturing capabilities back to the states, a proposal frequently touched on by White House Director of Trade and Manufacturing Policy and Defense Production Act coordinator Peter Navarro.