Ivanka Trump truly turned heads Wednesday when she showed up in a beautiful white and yellow sundress for the SpaceX rocket launch in Florida. 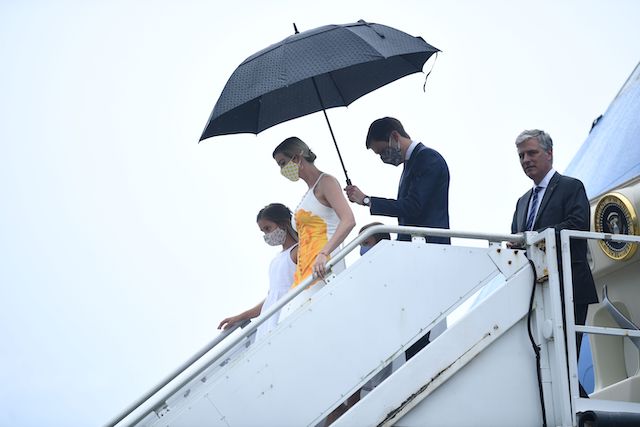 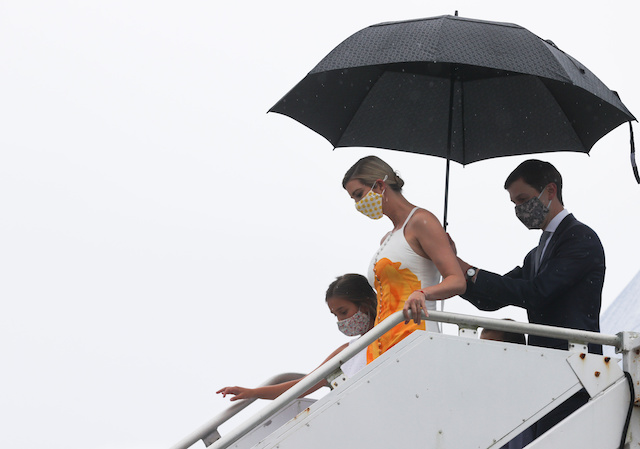 The first daughter looked just as striking as ever in the sleeveless, button-up number that went down past her knees as she joined husband Jared Kushner, President Donald Trump, Melania Trump and her family at the Kennedy Space Center to watch the historic launch of the SpaceX Falcon 9 rocket. (RELATED: Ivanka Turns Heads In Yellow And Black Floral Dress During Munich Trip) 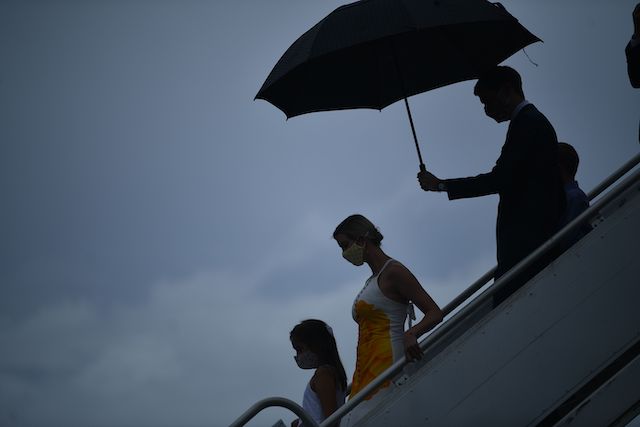 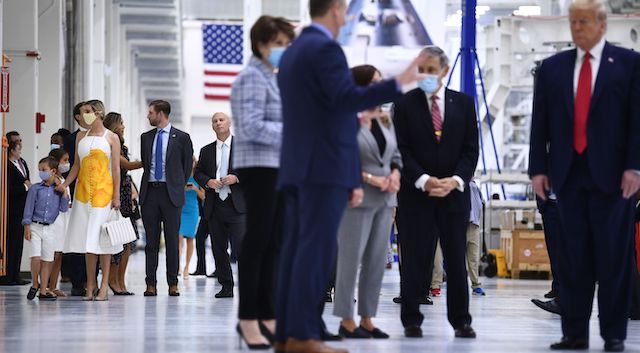 She completed the terrific look with her hair pulled back into a low bun, taupe colored high heels and a white and yellow face mask covering. (RELATED: Ivanka Turns Heads In Gorgeous Yellow Plaid Skirt Suit)

Shortly after news broke that the launch had to be postponed due to the weather, Ivanka tweeted, “The launch of the SpaceX Crew Dragon to the ISS was scrubbed 17 minutes before the scheduled launch due to inclement weather.”

The launch of the SpaceX Crew Dragon to the ISS was scrubbed 17 minutes before the scheduled launch due to inclement weather.

Launch will be rescheduled!

Earlier in the day, the first daughter celebrated the momentous occasion of the planned launch with a handful of some terrific throwback shots from last year from her tour with NASA administrators as she rocked a gorgeous vanilla pantsuit.

“Looking back on an incredible visit to @nasajohnson with @nasa Administrator @jimbridenstine two years ago,” Trump captioned her post on Instagram.

“Today I will join the President, @nasa and @spacex to watch the first launch of humans to orbit from United States soil in almost a decade – an important milestone in American’s renewed leadership in space,” she added.

Ivanka’s fashion sense is always on point as has been noted before. Check out some of her other unforgettable looks throughout the years here.