Paris police have banned a protest over the death of George Floyd that was planned to take place Saturday outside of the U.S. Embassy, Reuters reported.

Citing health risks amid the coronavirus pandemic and the potential for social unrest, the Paris police department said Friday that it would ban the protests, according to Reuters.

The most recent decision is the second time Paris police have banned protests in memory of Floyd, who died after a Minneapolis police officer knelt on his neck May 25. Derek Chauvin, the former officer who has since been fired, was charged with second-degree murder after initially being charged with third-degree murder. 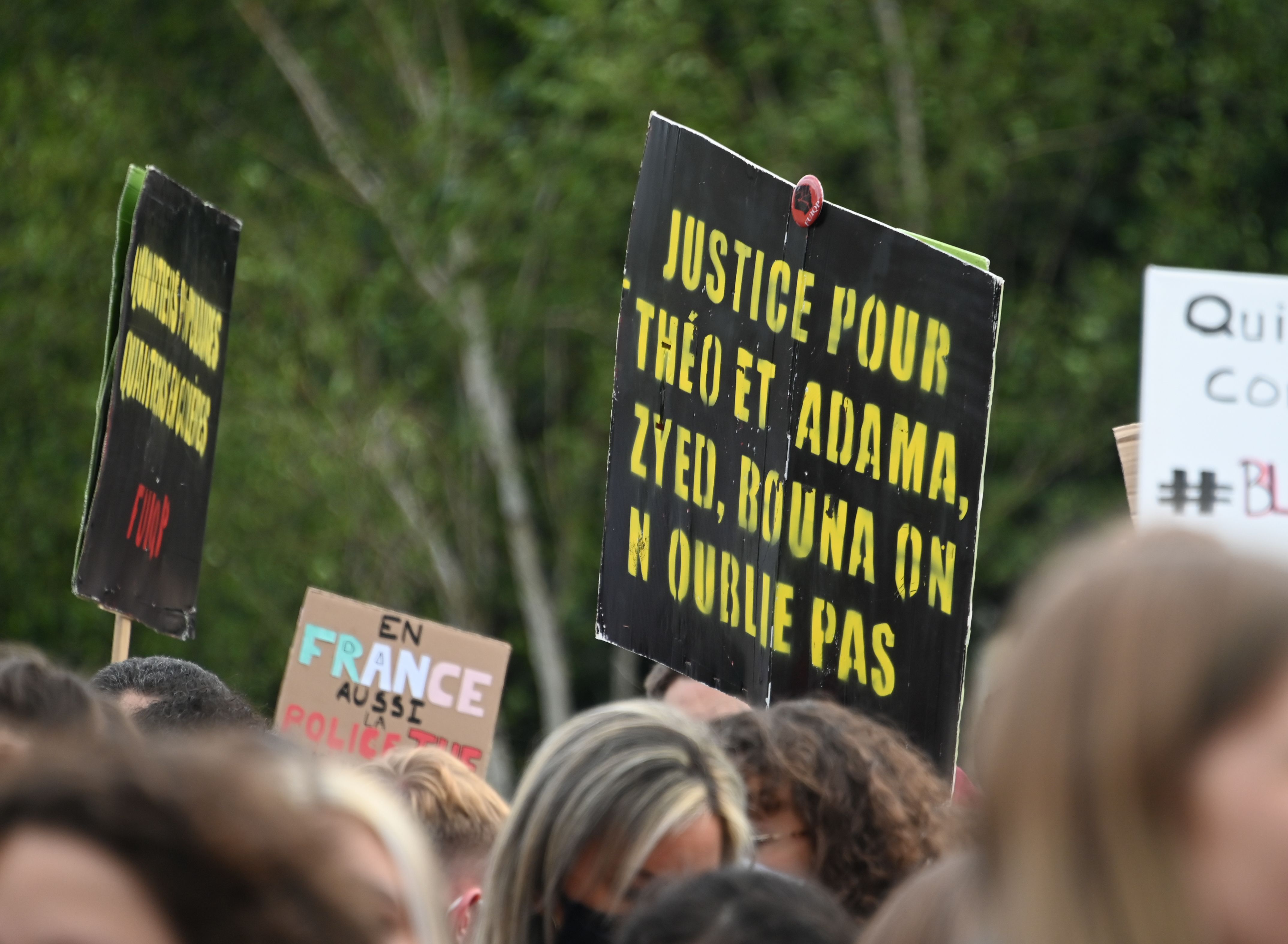 A person holds a placard reading “Justice for Theo, Adama, Zyed, Bouma… We don’t forget” during a demonstration on June 4, 2020, in Lille, northern France, against racism and police violence. (Photo by DENIS CHARLET/AFP via Getty Images)

Police had also banned a protest over the 2016 death of a black Frenchman that was intended to pay homage to Floyd on Tuesday, citing the same reasons. (RELATED: Paris Bans Protest Over Police Brutality, Citing Potential Social Unrest And Virus Spread)

Thousands had taken to the streets Tuesday and Wednesday despite the ban to protest in memory of Adama Traore, whose case resembles that of Floyd’s.

Electric scooters and construction barriers were among the items set on fire in France, and police set off tear gas as protesters threw debris, according to TIME. 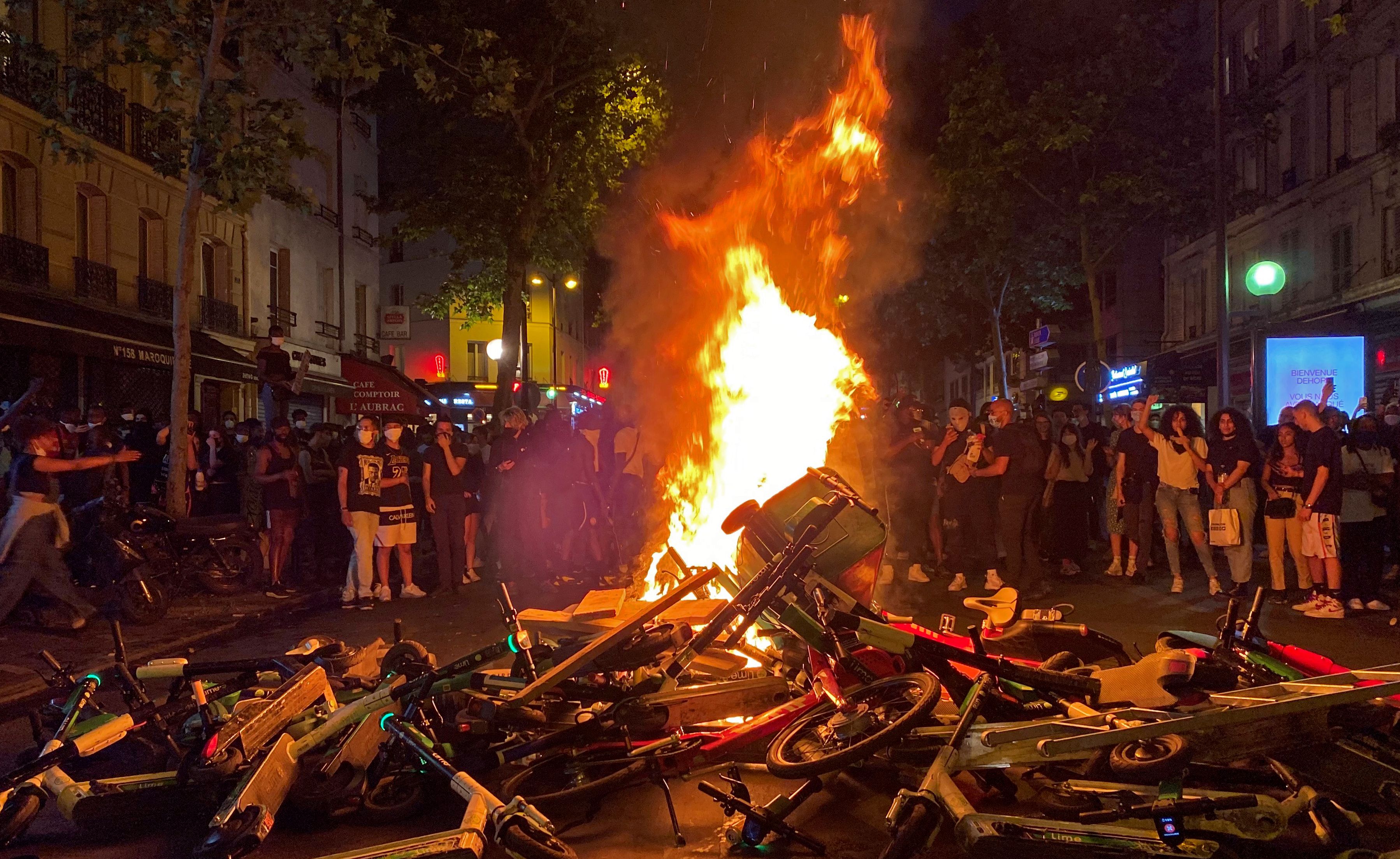 Protesters burn trash bins, shared scooters and bicycles on June 2, 2020 after a demonstration against police violence and in memory of late US citizen George Floyd who died a week before after a Minneapolis police officer knelt on his neck. (Photo by MOHAMMAD GHANNAM/AFP via Getty Images)

The European Union’s foreign police chief Josep Borrell said that “like the people of the United States, we are shocked and appalled by the death of George Floyd.”

He also highlighted that Europeans “support the right to peaceful protest, and also we condemn violence and racism of any kind, and for sure, we call for a de-escalation of tensions.”