President Donald Trump has still not yet moved to “take back” Seattle, Washington, a week after vowing to clear protesters out of the Capitol Hill Autonomous Zone (CHAZ).

Protesters moved into the CHAZ and forced police out June 8, prompting Trump to first vent his frustration with Democratic Washington Gov. Jay Inslee and the city’s mayor June 10. (RELATED: Defense Secretary Says Trump Is Wrong — ‘I Do Not Support’ Mobilizing Military To Police Floyd Protests, Riots)

“Radical Left Governor @JayInslee and the Mayor of Seattle are being taunted and played at a level that our great Country has never seen before,” he wrote in a now-deleted tweet. “Take back your city NOW. If you don’t do it, I will. This is not a game. These ugly Anarchists must be stooped IMMEDIATELY. MOVE FAST!” (A very similar tweet, with slightly different spelling is still accessible.)

In a followup, he referred to the CHAZ protesters as “domestic terrorists.”

Trump reiterated his threats Monday. During a Cabinet Room roundtable on America’s seniors, he claimed to have “spoken to” Attorney General Bill Barr on the issue.

“If they don’t do the job, I will do the job,” he added of Inslee and Seattle Mayor Jenny Durkan. “We are all set to go.”

Furthermore, the president again said during Tuesday’s Rose Garden signing ceremony for a police reform executive order that he is “willing to help in Seattle.”

The White House did not respond to the Daily Caller’s inquiries on the president’s comments on Seattle, and the Justice Department declined to comment. 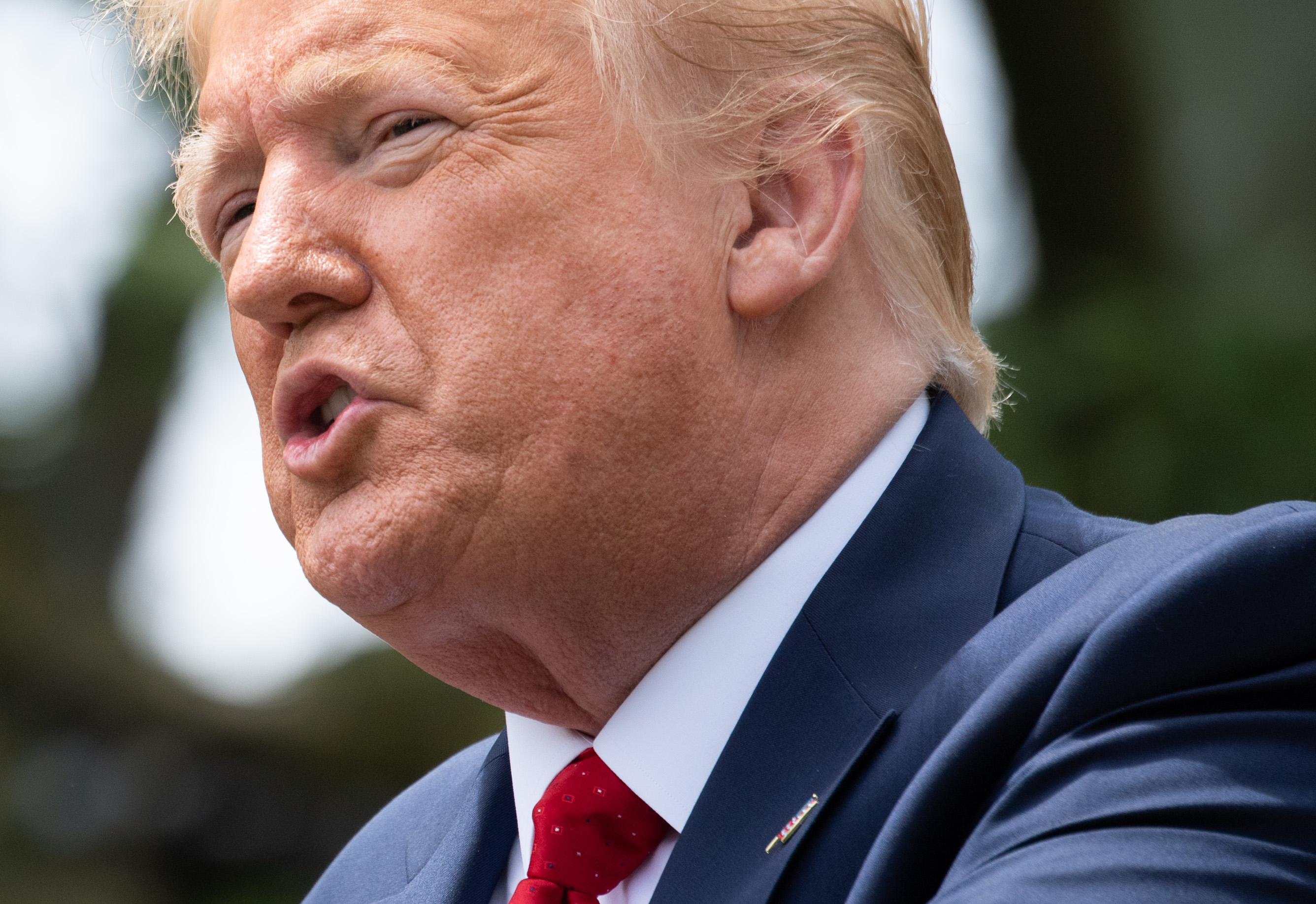 US President Donald Trump speaks prior to signing an executive order on police reform in the Rose Garden of the White House in Washington, DC, June 16, 2020. (Photo by SAUL LOEB/AFP via Getty Images)

“I think the president should use federal power only if interstate commerce is impacted,” he told Sean Hannity. “Only if the ability to travel from state to state is impacted. Otherwise, it’s a Washington problem. They can fix it.”

Some current and past members of the president’s administration, like Defense Secretary Mark Esper and former Defense Secretary James Mattis, denounced his past claims to mobilize military units to handle protests in cities across the nation.

While the majority of the daytime protests within the CHAZ have been peaceful, the Daily Caller’s on-the-ground reporting shows the situation has turned more volatile at night. (RELATED: We Have Correspondents On The Ground In Seattle’s No Cop Zone. Here’s What It Looks Like)