Two Republican senators introduced an amendment Wednesday to get rid of Columbus Day and make Juneteenth a new federal holiday.

“In response to a bipartisan effort to give federal workers another day of paid leave by designating Juneteenth a federal holiday, we have offered a counterproposal that does not put us further in debt,” Johnson said Wednesday, Fox News reported. “We support celebrating emancipation with a federal holiday, but believe we should eliminate a current holiday in exchange. We chose Columbus Day as a holiday that is lightly celebrated, and least disruptive to Americans’ schedules.” 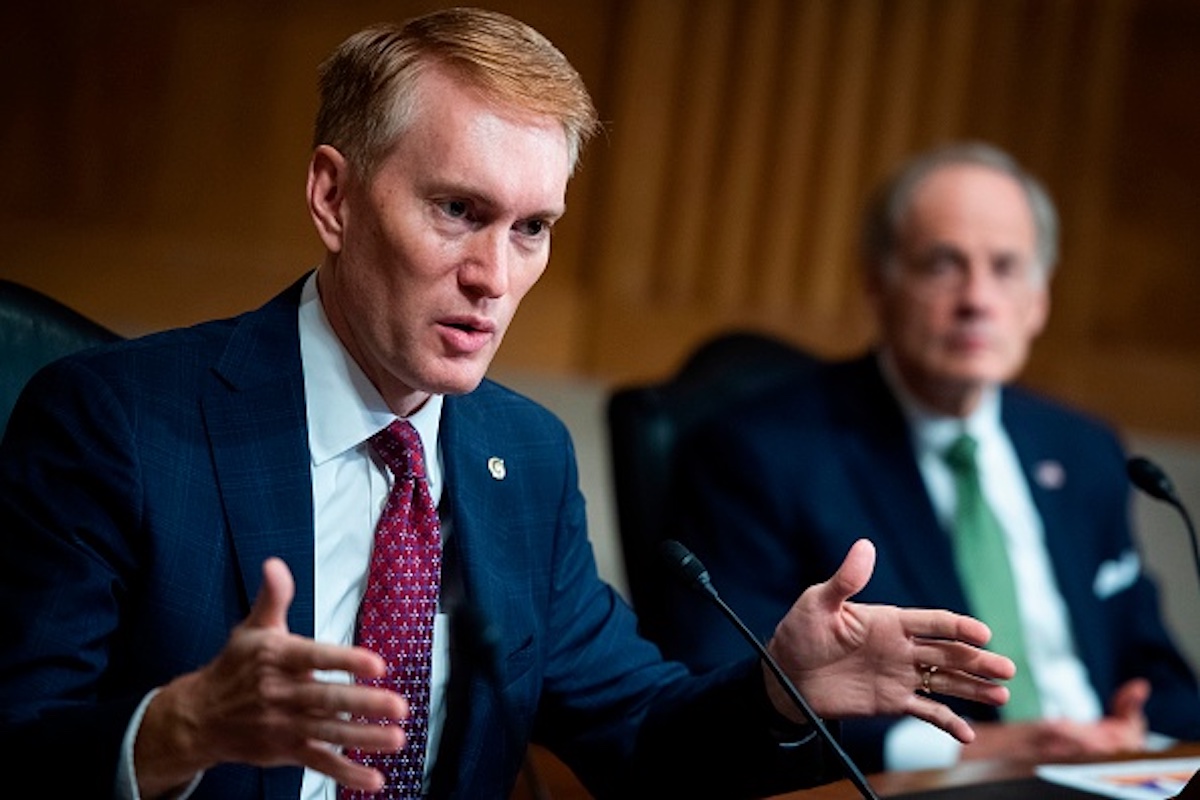 Sen. James Lankford, R-OK, directs a question to Mark A. Morgan, acting commissioner of the US Customs and Border Protection, during the Senate Homeland Security and Governmental Affairs hearing in the Dirksen Senate Office Building on June 25, 2020 in Washington,DC. (Photo by TOM WILLIAMS/POOL/AFP via Getty Images)

“Juneteenth is a day in our history that redefined the meaning of freedom and equality in America,” Lankford said, according to Fox News. “We should celebrate these strides on the federal level while remaining cognizant of the impact the existing 10 federal holidays have on federal services and local businesses.” (RELATED: Celebrating The 155th Anniversary Of Juneteenth)

“We can reduce these impacts by replacing Columbus Day as a federal holiday with Juneteenth, America’s second independence day. I’m hopeful the Senate will support this amendment to celebrate this significant day in our nation’s history,” Lankford continued.

This comes as protesters have continued to try to take down statues including the President Andrew Jackson statue in front of the White House while attempting to create a “Black House Autonomous Zone.” Police stepped up and made sure the statue was not taken down.

A statue of former U.S. President George Washington was also covered with red paint Monday in New York City, as protests continue throughout the country. (RELATED: WARNING GRAPHIC: We Spent A Few Hours On Black Lives Matter Plaza — Here’s What It Looked Like)

President Donald Trump has repeatedly criticized the removal of statues and has said protesters who try to remove them should be arrested.