The sex toy company We-Vibe reportedly found that 28% of people are attracted to Amazon’s Alexa.

You need to turn off the Alexa and go for a walk…sage advice if you’re starting to feel attracted to the saucy Amazon Alexa #onlyonwgn pic.twitter.com/nje2VCyjh5

The company surveyed 1,000 participants, asking them to talk about their “robotic sexual preferences,” according to The New York Post. “It’s lonelier in lockdown,” Brian Levine, a Miami resident, told The Post. (RELATED: Report: Woman Urinates On Verizon Store Floor After Being Told To Wear A Mask)

Levine told The Post that he has turned to his Amazon Echo Dot as a form of companionship while he is stuck in his home during the coronavirus pandemic. “Yesterday, she randomly played Taylor Swift’s ‘Bad Blood.’ Not sure what she is trying to tell me,” Levine said.

Levine says that he even asked Alexa on a date, but the artificial intelligence told him that “I like you as a friend.” 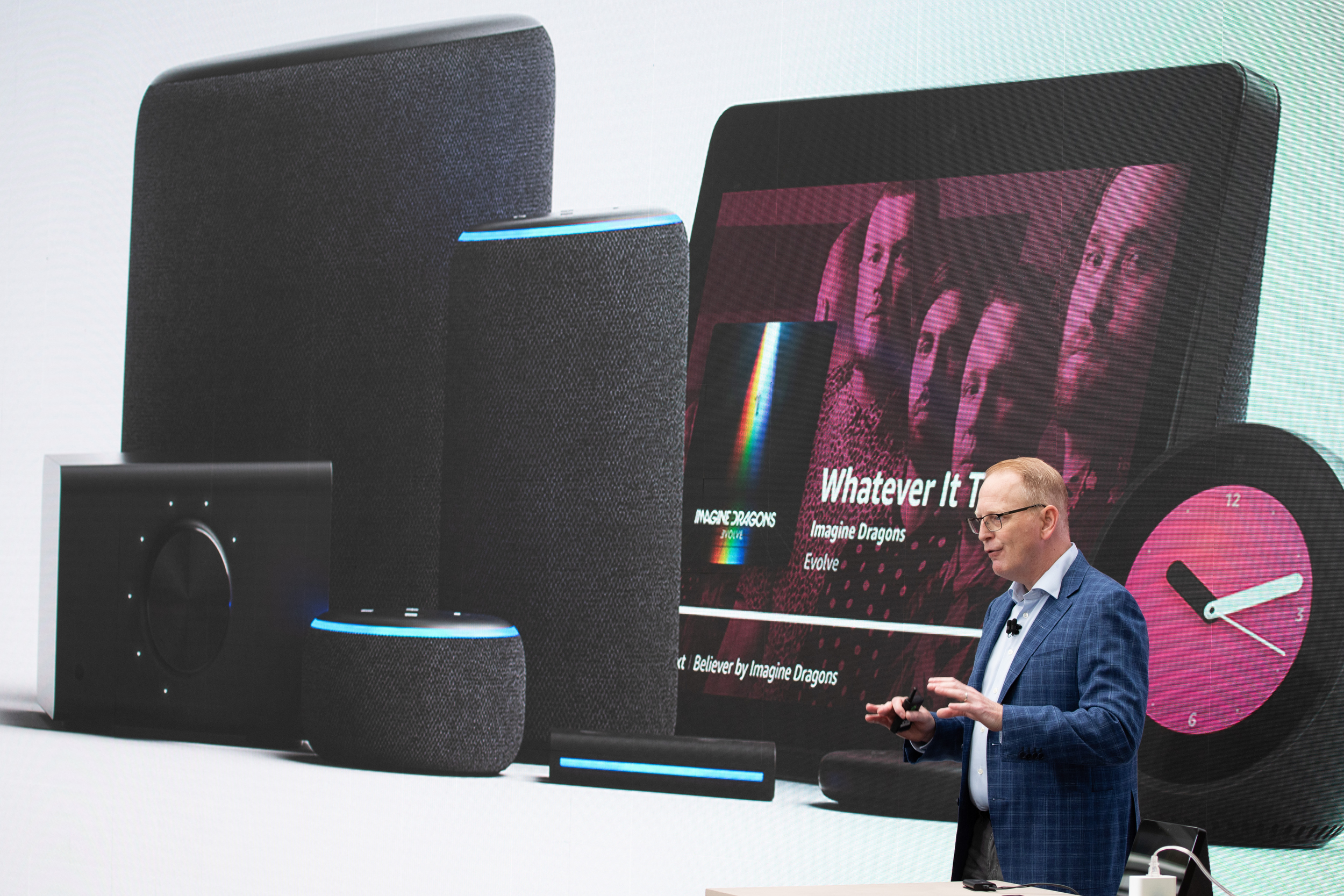 Dave Limp, senior vice president of Amazon devices, concludes his presentation of dozens of new Alexa enabled devices and services at The Spheres in Seattle on September 20, 2018.(GRANT HINDSLEY/AFP via Getty Images)

Sarrah Rose, a relationship expert, told The Post that Alexa’s voice was set up to be calming and reassuring. “But it has that low, sexy tone,” Rose said, “People associate a sexy voice with low tones to it, and her voice has that. That can be part of what’s turning guys on and making them attracted to her.”

The sex toy company OhMiBod announced at the CES trade show in 2019 that their vibrators will now work with Alexa, per Business Wire.

Amazon and We-Vibe did not immediately respond to a request for comment.