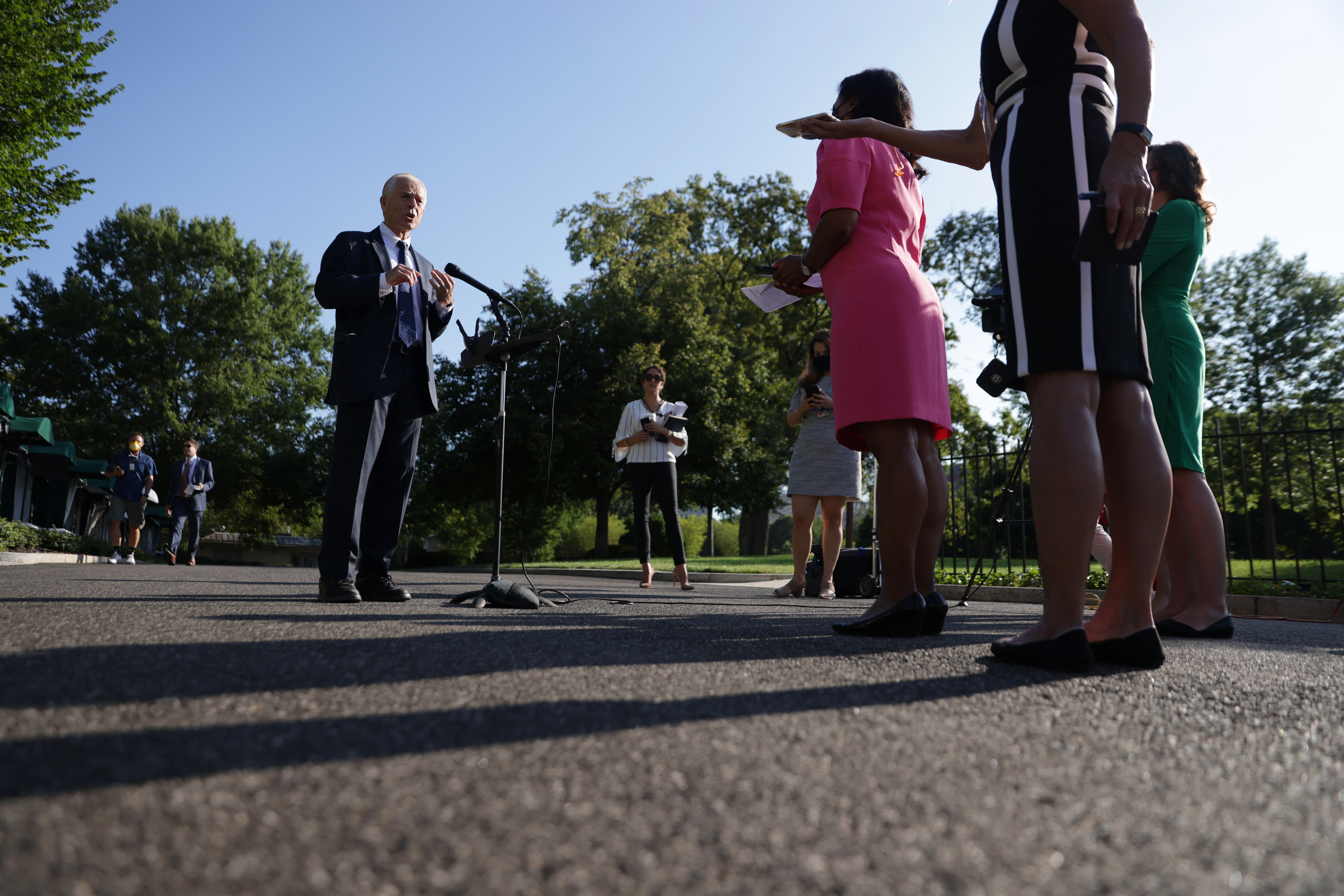 He added that American citizens “should be very fearful based on what they’re signaling to the Chinese if the Biden folks are able to win in November, they’re basically going to turn this country over to the Chinese Communist Party.” (RELATED: Navarro Explains How Trump Administration Ramped Up Defense Production Act To ‘Mobilize’ Federal Coronavirus Response)

When Navarro claimed that “it’s also true that the Chinese Community Party has thrown their lot in with the Democrat Party and their efforts,” reporters asked how he could possibly know that.

“If you have a look at the information warfare being waged against this administration through instruments of the Chinese government, if you look at what they’re saying in the Chinese press, it’s very clear,” he continued. “The Democrat Party, that’s obvious. They’ve got nothing, they’ve got nothing.”

Navarro accused speakers at the first two nights of the Democratic National Convention of only “saying, ‘they’re going high’ and the only thing they do is go low on the president.”