All eyes are on the Republican Party as it prepares to make its rebuttal to last week’s Democratic National Convention, and the Grand Old Party has made some notable changes to how the convention will look.

The Democrats’ first-ever virtual political convention suffered from technological mishaps that resulted in some awkward transitions and cut off introductions. Going second, Republicans have the chance to learn from what worked and what didn’t. Here’s what they’re doing differently.

Party conventions traditionally begin with a roll call of all the states, and Democrats chose to do theirs entirely virtual. State delegates marched to the most iconic areas in their states, rattled off their vote counts, and those videos were then played on the day of the DNC.

Republicans, however, chose to gather its more than 300 delegates in North Carolina, resulting in a much more raucous affair.

Following the roll call of the states, the main events of the RNC will transfer from North Carolina to the nation’s capital, where the GOP is using the Andrew W. Mellon Auditorium in Washington D.C. to hold its live events.

The building has a capacity of 750 and while it is federal property and therefore exempt from the city’s 50-person limit, party insiders say no large gatherings are planned for the venue, according to Politico.

Republicans are still finding ways to involve audiences for the speeches, however.

The Mellon Auditorium is notably just across the street from the Trump Hotel in D.C.

There Will Be An Audience:

The lack of an audience was perhaps the most jarring part of last week’s DNC, with live and pre-recorded speeches being delivered to little more than a dozen people.

While Republicans are holding a drastically scaled down version of its convention in North Carolina, they are finding ways to get an audience to provide the cheers, jeers and applause Americans are used to at political rallies.

President Donald Trump and other speakers will reportedly have crowds at the location of their speeches, which are then broadcasted across the country. (RELATED: ‘Return To Normal’: Trump Releases His Second Term Agenda)

Trump Will Speak Every Night:

While the DNC sought to build up to its nomination of Vice President Joe Biden and his subsequent speech on the final night of its convention, Trump has made the decision to appear at some point in all four nights of the RNC.

The party hasn’t released details of when Trump will appear each night, but his speeches will be just one of several “big surprises” at the convention, Trump campaign advisor Jason Miller told the New York Times. 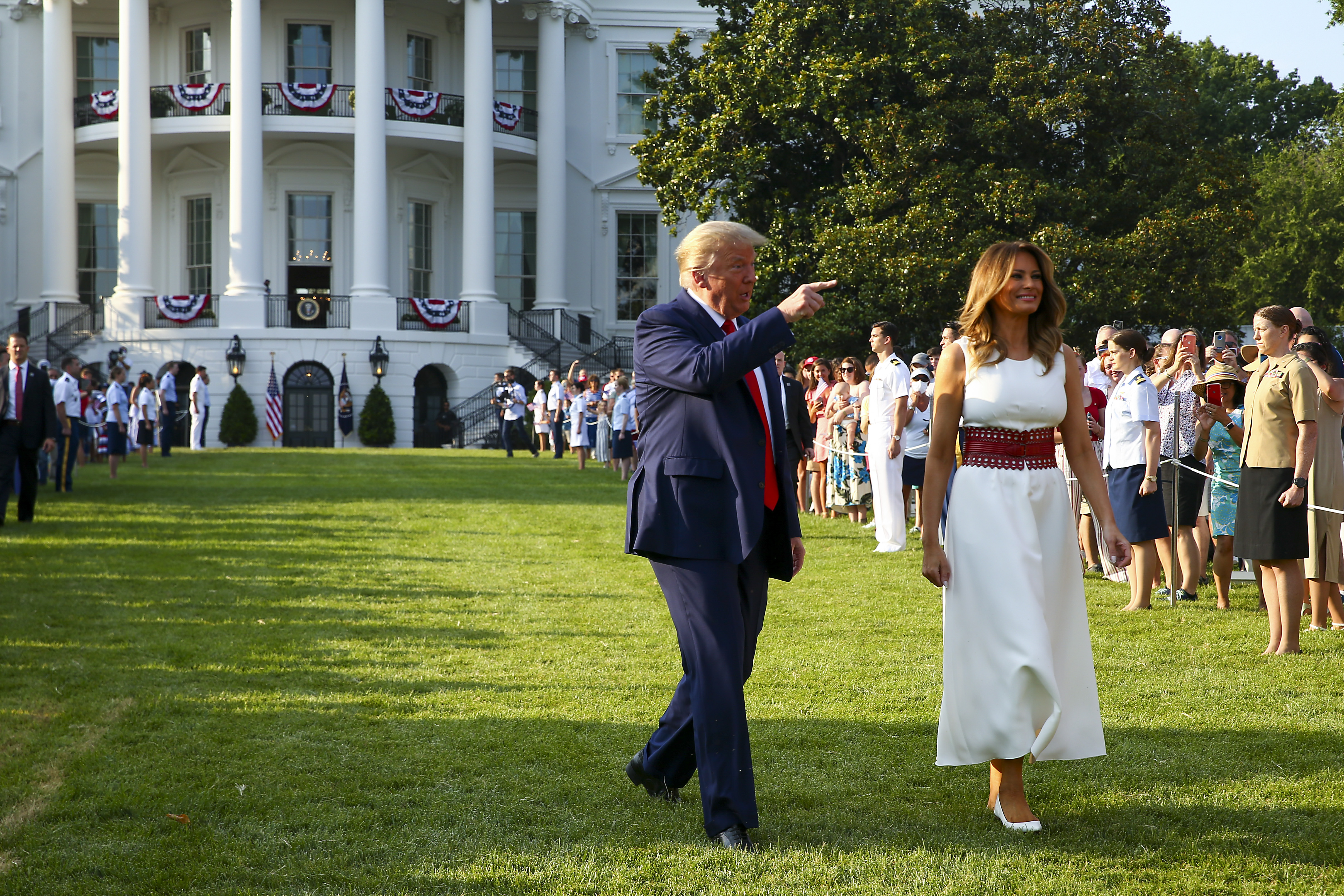 WASHINGTON, DC – JULY 04: President Donald Trump and first Lady Melania Trump walk out to an event on the South Lawn of the White House on July 04, 2020 in Washington, DC. President Trump is hosting a “Salute to America” celebration that includes flyovers by military aircraft and a large fireworks display. (Photo by Tasos Katopodis/Getty Images)

Virtual speeches give the conventions much more versatility where their speeches are delivered from, and Republicans are taking full advantage. Some won’t even be broadcast from the United States.

Trump and his wife Melania will both be delivering their addresses from the White House, with the First Lady taking the newly-renovated Rose Garden and the president expected to use the South Lawn.

Donald Trump Jr. is scheduled to deliver the week’s first keynote address on Monday night, where he will make the case that Biden’s platform is “designed to crush the working men and women of our country,” a source familiar with the speech told the Daily Caller.