Pro-life groups condemned Disney Wednesday for thanking and cooperating with China despite the country’s human rights abuses, though Disney threatened to boycott Georgia over a pro-life bill in May 2019.

In the credits of Disney’s newly released “Mulan,” Disney thanked the Turpan Municipal Bureau of Public Safety, a Chinese agency allegedly responsible for running internment camps that imprison Muslim minority groups, according to the BBC.

Critics quickly tore into into Disney for working with China, which has reportedly committed “demographic genocide” against Uighur Muslims through forced abortions, forced birth control, mass detentions and imprisonment, the Associated Press found in June. (RELATED: Disney Threatens To Boycott Georgia But Partners With China, Which Puts Muslims In Internment Camps)

“Threatening to punish the people of Georgia by withholding business unless they support the deaths of the preborn by abortion was a misuse of their clout,” Students for Life of America President Kristan Hawkins told the DCNF, “but praising the Chinese government which is using abortion as a tool of genocide shows that the Disney of our childhoods and imaginations is no more.”

After Republican Georgia Gov. Brian Kemp signed the fetal heartbeat bill in May 2019, Disney CEO Bob Iger said the pro-life law would make it “very difficult” for Disney to keep filming in the state.

“I rather doubt we will,” Iger said at the time. “I think many people who work for us will not want to work there, and we will have to heed their wishes in that regard. Right now we are watching it very carefully.” 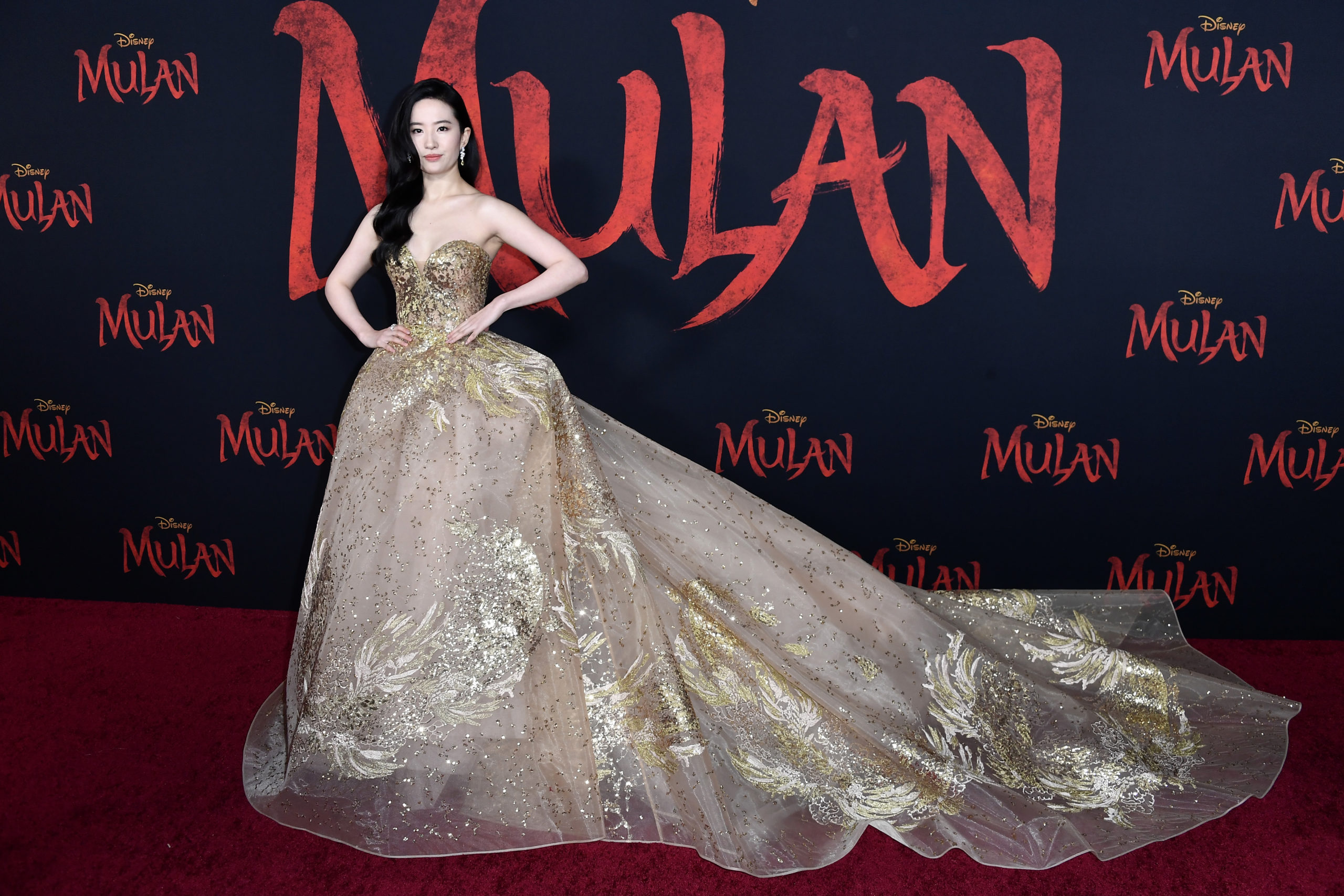 Pro-life groups told the DCNF Wednesday that Disney appears unconcerned with allegations of China’s human rights abuses, though the company took a stand against the Georgia abortion law.

“The Disney company, usually known for family entertainment, is proving to be tone deaf when it comes to holding people accountable who end families,” Hawkins told the DCNF. “Disney should stand for the lives of the preborn, little children who deserve the chance to see one of those movies.”

Live Action founder and president Lila Rose said that Disney’s consumers should take notice of how the company is conducting itself.

“The company known for making the world seem more magical to innocent children aligns itself with the violent killing of children by opposing Georgia’s pro-life Heartbeat Law and cozies up to conduct business with one of the world’s greatest human rights abusers: the Chinese Communist Party,” Rose said.

“It’s impossible to trust a company with a broken moral compass to produce wholesome content and consumers should take notice,” she added. 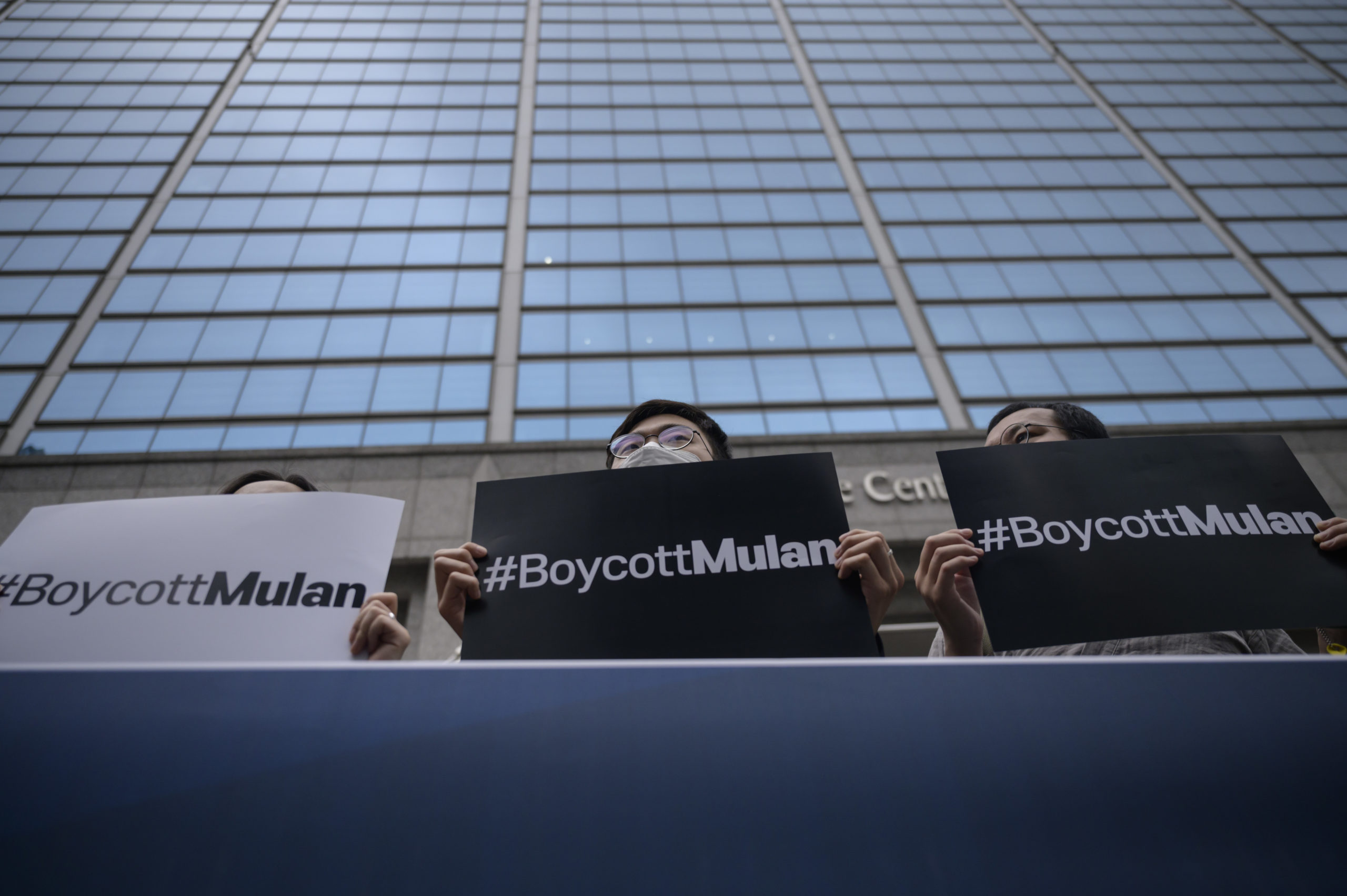 Protesters attend a rally against the release of the Disney movie ‘Mulan’ outside the company’s office in Gangnam, in solidarity with Hong Kong’s pro-democracy protests, in Seoul on July 1, 2020. (ED JONES/AFP via Getty Images)

Abby Johnson, a former Planned Parenthood employee and the founder of the pro-life organization “And Then There Were None,” also criticized Disney’s cooperation with China.

“What is wrong with Disney?” she said in a statement to the DCNF. “There are so many other options for movie entertainment that seek to uphold and value life, not thank those who put people into mass detention camps.”

“Was it really not that difficult to film a $200 million movie amongst the suffering of the Uyghur people? There is no gray area,” she added. “Disney is complicit in these atrocities all the while refusing to take their business into a state right here in America where the protection of life is of the utmost importance. That should tell you where Disney’s priorities lie.”

“Apparently, this does not bother Disney in the least,” Glessner told the DCNF. “Disney’s earlier comments about punishing the state of Georgia over a law limiting abortion seem consistent with its positive view of Chinese Communist Party values.”

Disney did not immediately respond to the Daily Caller News Foundation’s request for comment.