Olivia Troye, a former top national security advisor to Vice President Mike Pence and his lead coronavirus staffer on the White House task force, announced Thursday that she will vote for former Vice President Joe Biden in the 2020 election.

Troye claimed that President Donald Trump’s focus on the election rather than the pandemic was “shocking.” (RELATED: Trump’s Former DHS Chief Of Staff Endorses Biden)

“The truth is he doesn’t actually care about anyone else but himself,” she said in an ad released by “Republican Voters Against Trump” on Thursday. “When we were in a task force meeting, the president said, ‘maybe this COVID thing is a good thing. I don’t like shaking hands with people.”

“Outside of generally watching the White House Coronavirus Taskforce from the overflow staff room, this disgruntled former detailee was never in private meetings with the President and her assertions have no basis in reality and are flat out inaccurate,” White House deputy press secretary Judd Deere said of Troye in a statement to the Daily Caller.

“The truth is President Trump always put the well-being of the American people first as evidenced by his shutdown of the country, which saved millions of lives, activating the greatest mobilization of the private sector since World War II to deliver critical supplies, the development of a never-before-seen testing system that is the envy of the world, and an unending focus on the rapid research and approval of scientifically proven therapeutics and an eventual vaccine.”

Lt. Gen. Keith Kellog, Pence’s National Security Advisor, added that Troye is “a former detailee and a career Department of Homeland Security staff member, who is disgruntled that her detail was cut short because she was no longer capable of keeping up with her day-to-day duties.”

“Ms. Troye directly reported to me, and never once during her detail did she ever express any concern regarding the Administration’s response to the Coronavirus to anyone in her chain of command,” he continued. “By not expressing her concerns, she demonstrated an incredible lack of moral courage.” 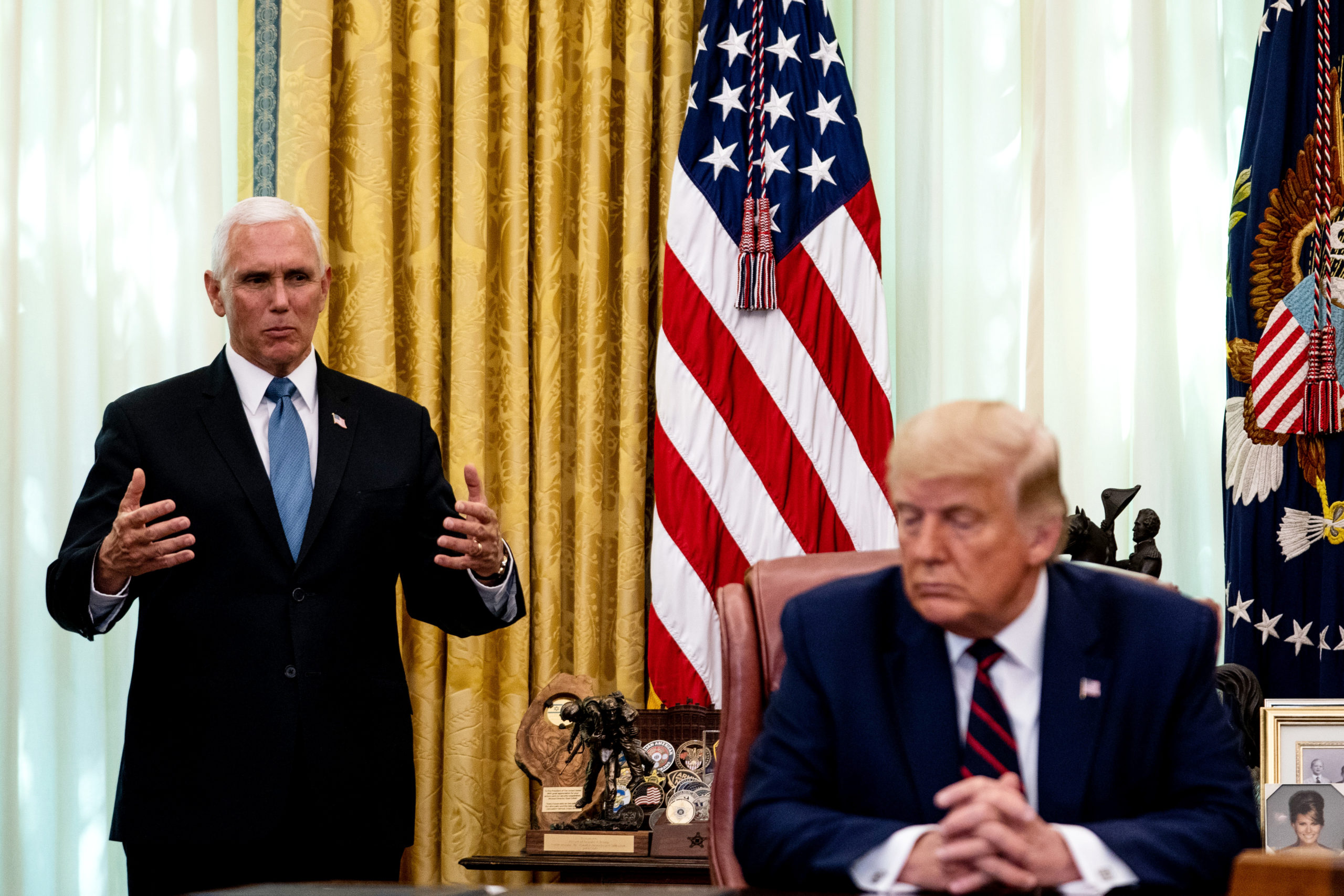 WASHINGTON, DC – SEPTEMBER 04: Vice President Mike Pence speaks as U.S. President Donald Trump participates in a signing ceremony and meeting with the President of Serbia Aleksandar Vucic and the Prime Minister of Kosovo Avdullah Hoti in the Oval Office of the White House on September 4, 2020 in Washington, DC. The Trump administration is hosting the leaders to discuss furthering their economic relations. (Photo by Anna Moneymaker-Pool/Getty Images)

“For the past six months, it has been an absolute honor working closely with all of you and your staffs, as part of the brain trust that has valiantly faced the challenges of fighting what has been one of the worst pandemics of our generation,” she wrote. “Having been on several conference calls into the late night hours starting in January, to supporting you day and night in every possible way to help you succeed in this mission, I have witnessed first hand how dedicated and committed all of you have been to doing the right thing. Thank you for entrusting me to be your rock during this hard time. I will always be rooting for you knowing that you will continue to fight the good fight.”

“Supporting the Vice President in leading all of you on this effort has been the experience of a lifetime,” Troye continued. “I have been his Homeland Security and Counterterrorism Advisor for over two years, and as a member of his national security team, we have been through a lot together—but this invisible enemy has been the greatest challenge we have faced.”