U.S. Secretary of State Mike Pompeo met with Vatican officials Thursday to discuss religious freedom and their differing approaches to China after Pompeo criticized the Vatican for its plans to renew an agreement with Beijing amid human rights concerns, the Associated Press reported.

Pompeo spent 45 minutes in the Apostolic Palace with Cardinal Pietro Parolin and the Vatican foreign minister Archbishop Paul Gallagher discussing “the importance of religious freedom and other human rights issues,” especially with regard to China, the State Department’s deputy spokesperson Cale Brown said according to the AP. 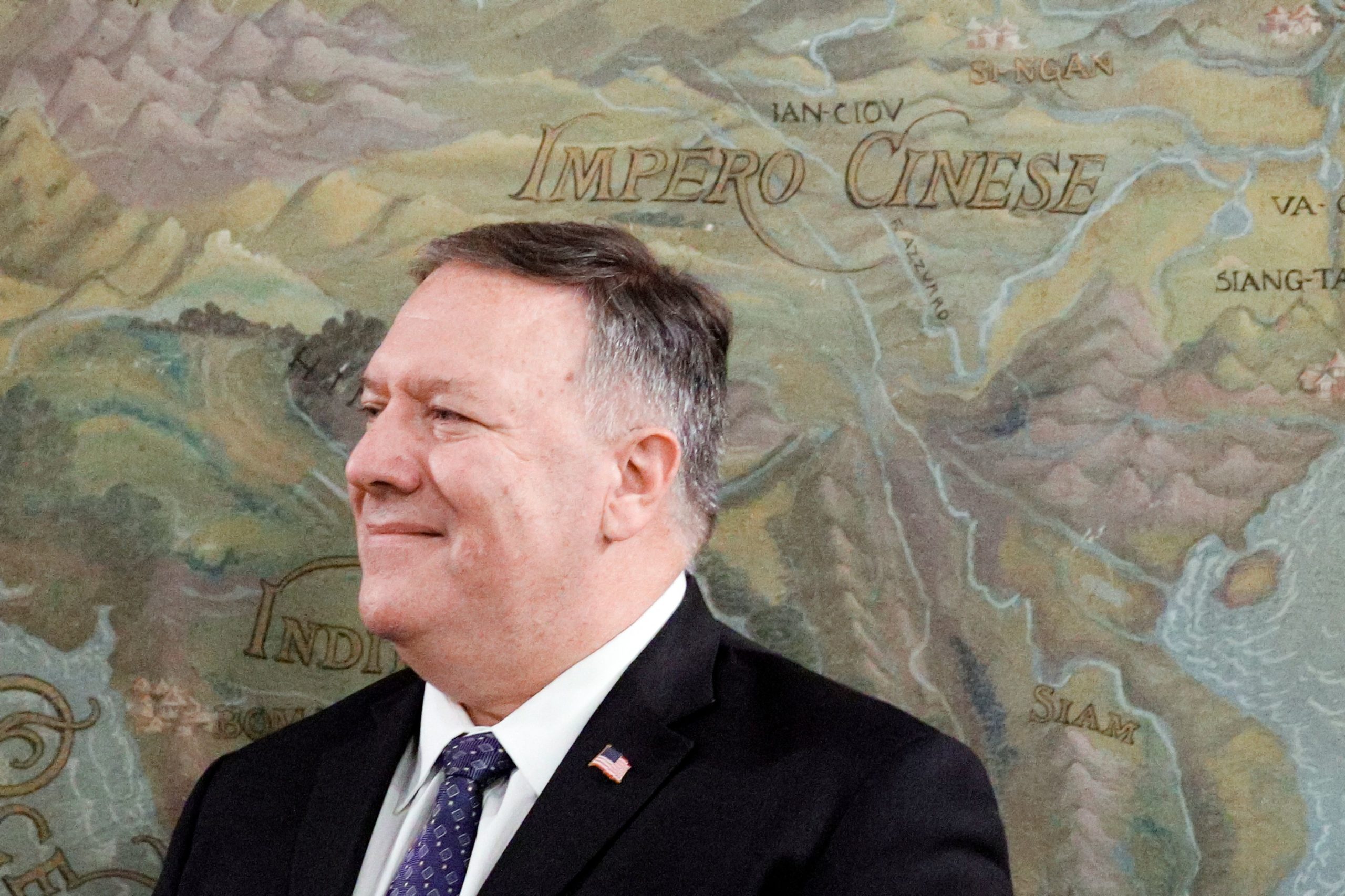 US Secretary of State Mike Pompeo stands by an old map of China during a Mining, Agriculture, and Construction (MAC) Protocol Signing Ceremony at Villa San Sebastiano in Rome on Oct. 1, 2020, as part of his two-day visit to Italy and The Vatican. (Photo by GUGLIELMO MANGIAPANE/POOL/AFP via Getty Images)

Vatican spokesman Matteo Bruni said both sides “presented their respective positions” about relations with China in a climate of “respect, openness and cordiality.”

The Vatican had previously declined Pompeo’s request to meet with Pope Francis because Francis had “clearly said that he does not receive political figures ahead of the elections,” Parolin said, according to the New York Times. Pompeo had also published a letter critical of the Vatican’s plans to renew an agreement with the Chinese government, concluding that “[t]he Vatican endangers its moral authority, should it renew the deal.”

The 2018 China-Vatican provisional agreement allows Beijing to name bishops with approval from the pope, which critics have argued worsened religious freedom in China, according to Crux. Hong Kong Bishop Cardinal Joseph Zen has called the agreement an “incredible betrayal” that sent “the flock into the mouths of the wolves,” the Guardian reported. Holy See officials have said that the objective of the agreement was to allow Catholics in China to have bishops in communion with Rome after years of estrangement between the two. 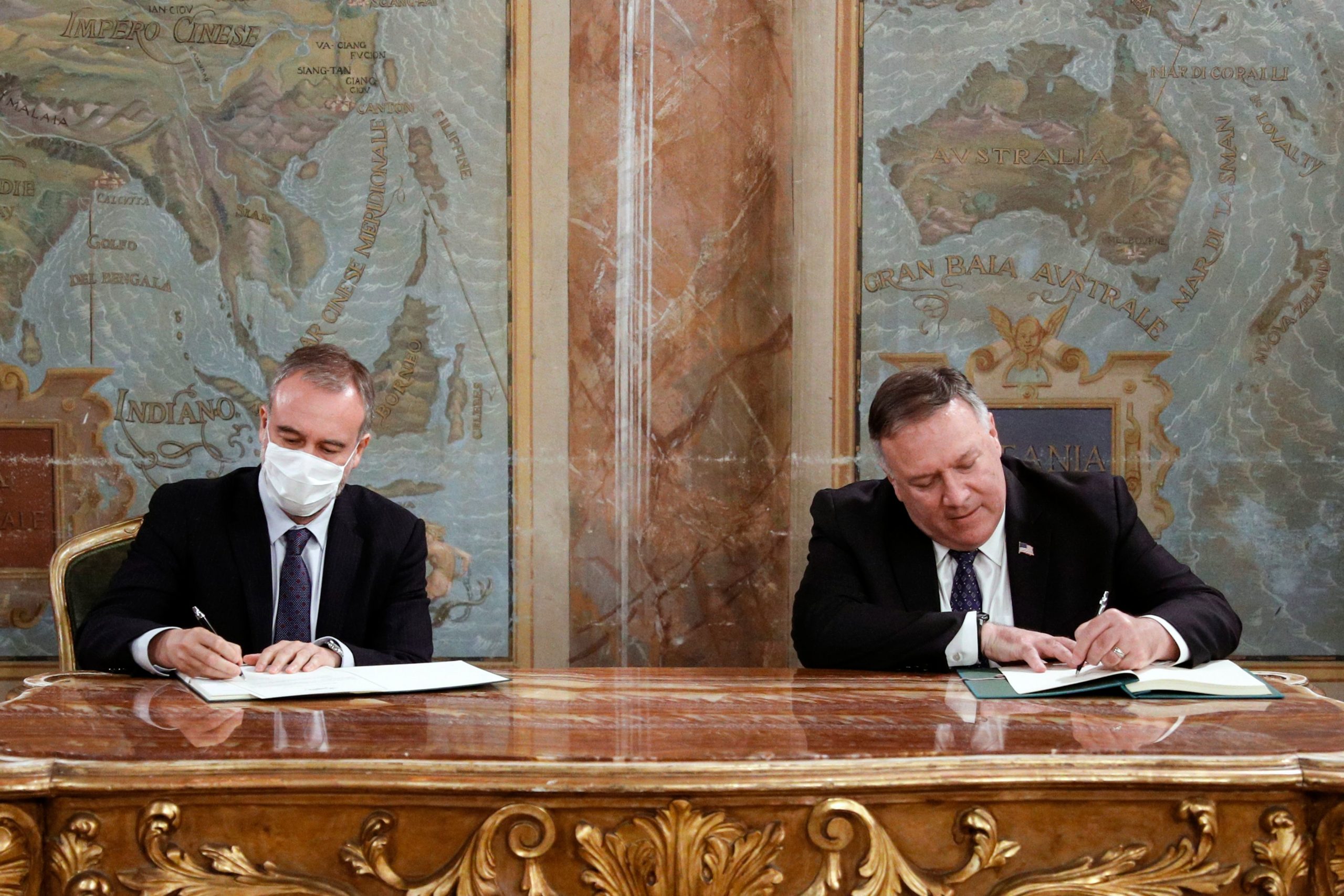 Secretary-General of the International Institute for the Unification of Private Law (UNIDROIT), Ignacio Tirado (L) and US Secretary of State Mike Pompeo attend a Mining, Agriculture, and Construction (MAC) Protocol Signing Ceremony at Villa San Sebastiano in Rome on Oct. 1, 2020, as part of Pompeo’s two-day visit to Italy and The Vatican. (Photo by GUGLIELMO MANGIAPANE/POOL/AFP via Getty Images)

Pompeo urged the Vatican to join the U.S. in denouncing China for violating religious freedom and other human rights, especially those of its minorities. A report released in 2020 by the United States Commission on International Religious Freedom found that the Chinese Communist Party was cracking down on religious practice in the country.

Uighur Muslims have been sent to camps for wearing long beards or refusing alcohol, and mosques and Arabic-language signs have been destroyed or damaged, as has been previously reported. The report indicated that camps have also transitioned from reeducation to forced labor, with reports of torture, rape, and sterilization from former detainees. The Chinese government also raided or closed down hundreds of churches in 2019. Authorities removed crosses from churches and banned youth under the age of 18 from participating in religious services, the report says. Images of Jesus Christ or the Virgin Mary were also replaced with pictures of President Xi Jinping. (RELATED: ‘A Regime That Fears Religion’: New Report Details China’s Crackdown On Religion)

Pompeo has described the human rights abuses against Uighurs as a “war on faith,” according to the Times.

Parolin said Pompeo’s letter had caused “surprise” at the Vatican and that Pompeo’s visit would have been a more appropriate opportunity for him to express his grievances. Pompeo’s decision to publish the letter in First Things — a Christian magazine that has criticized Francis — also reflected the intentions of those who wrote the article, Parolin told the Times.