Trump received an 8-gram dosage of Regeneron’s polyclonal antibody cocktail Friday morning, according to Conley. The treatment has not received approval from the Food and Drug Administration but has shown promising signs during clinical trials. Conley also noted that Trump has also been taking zinc, vitamin D, famotidine, melatonin and aspirin as a daily preventative. 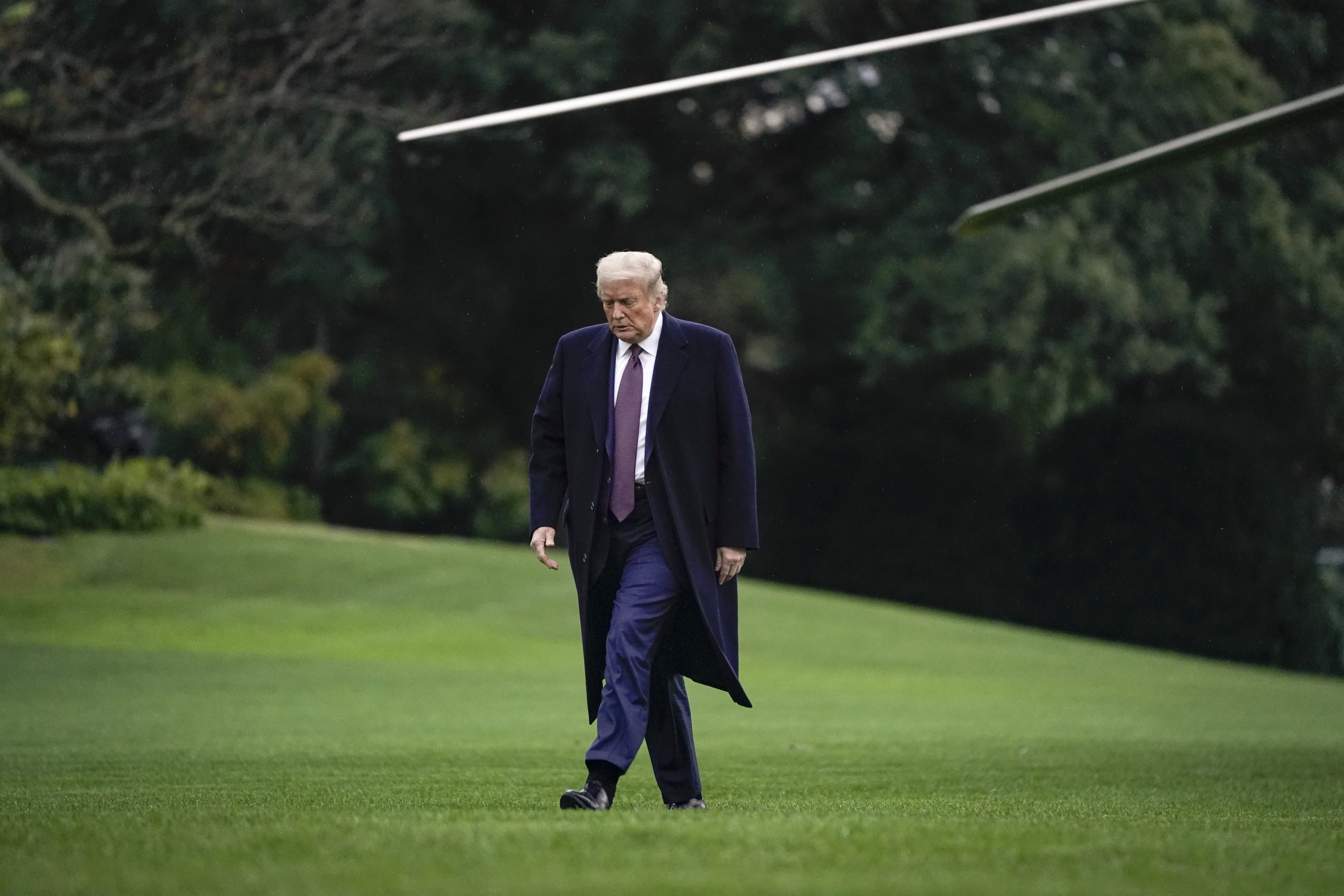 WASHINGTON, DC – OCTOBER 01: U.S. President Donald exits Marine One on the South Lawn of the White House on October 1, 2020 in Washington, DC. President Trump traveled to Bedminster, New Jersey for a roundtable event with supporters and a fundraising event. (Photo by Drew Angerer/Getty Images)

“As of this afternoon the President remains fatigued but in good spirits,” Conley wrote in a memo to White House press secretary Kayleigh McEnany. “He’s being evaluated by a team of experts, and together we’ll be making recommendations to the President and First Lady in regards to next best steps.” (RELATED: Amy Coney Barrett To Joe Biden — Here’s Every Politician, Aide And Supporter We Know Trump And Hope Hicks Met With This Week)

Conley added that first lady Melania Trump’s only symptoms are a “mild cough and headache,” and that the remainder of the first family tested negative for coronavirus earlier Friday.

White House chief of staff Mark Meadows declined questions earlier in the day about Trump’s treatment, noting that he would leave that up to the White House physician.