French President Emmanuel Macron announced a law Friday that would combat “radical Islamism” in the country by cracking down on foreign financing of mosques and private religious schools, numerous sources reported.

The draft legislation will be introduced in December and will include measures to “defend the republic and its values and ensure it respects its promises of equality and emancipation,” Macron said according to the Guardian. 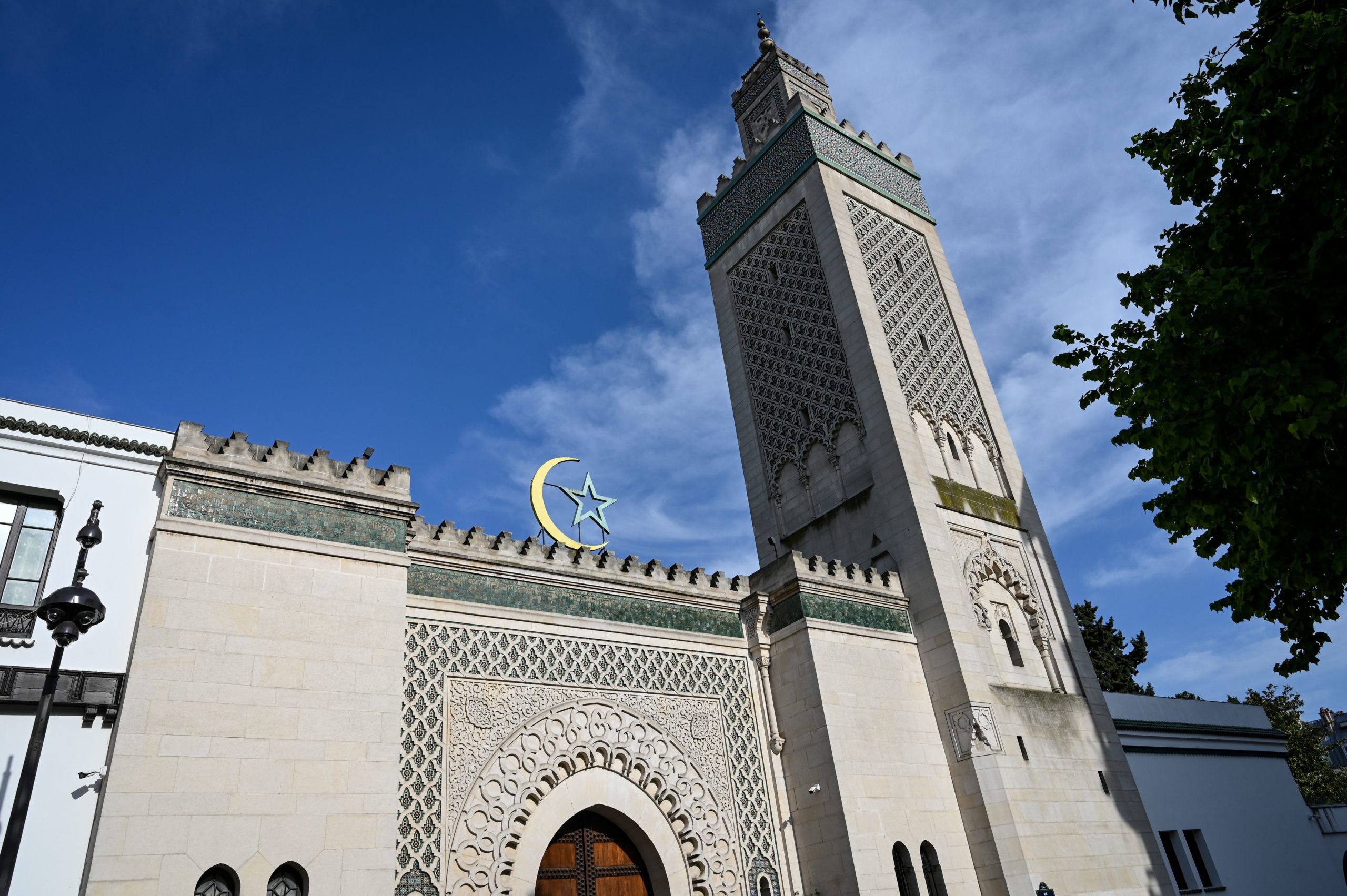 Macron aims to rid France of what authorities have called a “parallel society” of radical Muslims who live in an underworld that thrives in some neighborhoods around France, where a radical vision of Islam can take control of the local population to inculcate their beliefs, the Associated Press reported.

He has coined the term “separatism” to describe this segment of society, which threatens a secular France.

“Secularism is the cement of a united France,” Macron said according to Deutsche Welle.

The bill is expected to crack down on foreign influence financing mosques and private religious schools while barring foreign imams and increasing surveillance of groups or individuals suspected of “separatism.” The bill would also ban efforts threatening gender equality, like pre-marriage “virginity certificates” for Muslim women, according to Deutsche Welle. The certificates are provided by doctors to some Muslim women ahead of marriage.

Islamic organizations that receive funding from the French government will have to sign a “secular charter” according to the Guardian. 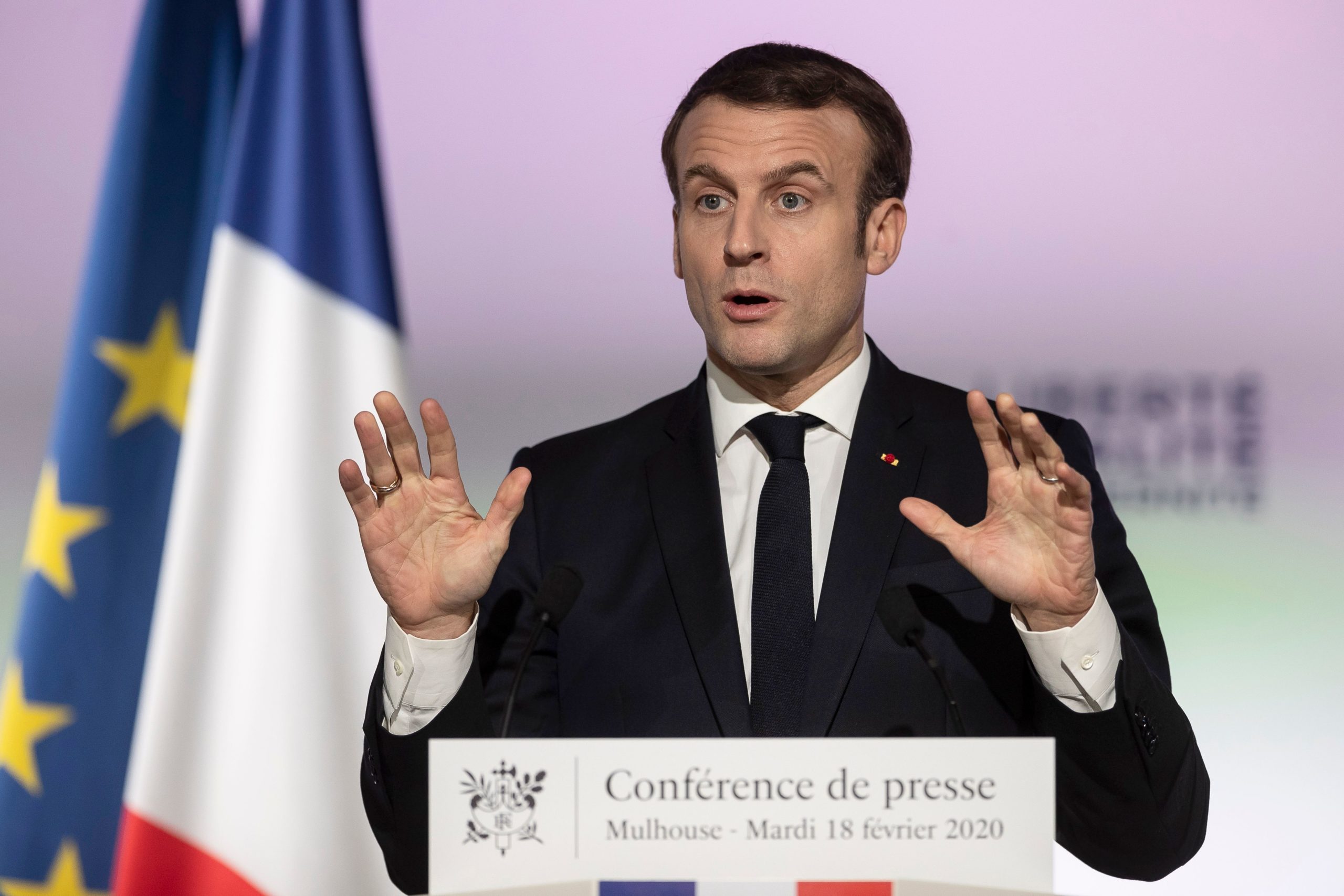 French President Emmanuel Macron delivers a speech during a trip on the theme of the republican reconquest and the fight against Islamist separatism at the Dollar gymnasium in Mulhouse, eastern France, on February 18, 2020. (Photo by JEAN-FRANCOIS BADIAS/POOL/AFP via Getty Images)

“There will never be any place in France for those who try to impose their own law,” the president said, “often in the name of a God, sometimes with the help of foreign powers.”

“In a few days, you can see radical Islamists…take control of associations (running mosques) and all their finances. That won’t happen again,” he added.

France has the largest Muslim population in Western Europe, with up to 5 million Muslims. Islam is France’s second largest religion, according to the AP.

Macron cited Islamic terrorism in the country during his announcement, which comes nearly a month after the trial of the 14 people accused of helping to carry out the Charlie Hebdo terrorist attack in 2015 began.

The president noted the 2015 attacks, which also included an attack on a kosher supermarket by French-born Islamic extremists, and an incident last week, when a man from Pakistan stabbed two people near the magazine’s former offices over its publication of caricatures of the Prophet Muhammad, according to the AP. (RELATED: French Magazine Charlie Hebdo Republishes Prophet Muhammad Cartoons Ahead Of Trial For 2015 Islamist Attack)

“Radical Islamism had shown a “willingness to contravene the laws of the republic, to promote other values … to organise another society,” Macron said according to the Guardian.