Supreme Court nominee Amy Coney Barrett would be a stalwart supporter of the Second Amendment if confirmed to the court, according to a gun-rights group.

The legislative counsel for the Gun Owners of America, one of the country’s largest pro-gun advocacy organizations, said Barrett appears to be a strict constitutionalist. He also pointed to a dissenting opinion the judge wrote in 2019 in which she wrote in favor of a non-violent felon seeking to restore his firearms rights.

“She comes out, in my opinion, as a person with a strong Second Amendment leaning. I would consider her to be as much of a constitutionalist as you can get,” Gun Owners of America legislative counsel Michael Hammond told the Daily Caller News Foundation in a phone interview.

“Let’s say [Democratic nominee Joe] Biden becomes the president and Democrats control the Senate, we’re going to see gun bans,” Hammond continued. “I think it would be much safer in that we can determine that Barrett is likely to vote the way the Constitution defined.”

Hammond pointed to Kanter v. Barr, a case before the Seventh Circuit U.S. Court of Appeals, which included Barrett. The court considered whether Rickey Kanter should have his firearms rights restored, despite being a convicted felon.

Wisconsin has a statute that prohibits felons from owning firearms that includes convictions in other states that would be considered felonies in Wisconsin, the state legislature detailed.

Kanter, a Wisconsin resident, was sentenced to about a year in prison for knowingly selling diabetic foot inserts that were not the correct thickness, according to the Milwaukee Journal-Sentinel. He continued to collect thousands in Medicaid purchases without changing the dimensions of the inserts to comply with government regulation, the case detailed.

Kanter’s motion to restore his gun rights was ultimately denied, but Barrett wrote a 36-page defense in favor of him and of the Second Amendment. The judge frequently invoked the intentions of the nation’s founders.

“History is consistent with common sense: it demonstrates that legislatures have the power to prohibit dangerous people from possessing guns. But that power extends only to people who are dangerous,” Barrett wrote in her dissent.

“Neither Wisconsin nor the United States has introduced data sufficient to show that disarming all nonviolent felons substantially advances its interest in keeping the public safe … permanently disqualifying Kanter from possessing a gun violates the Second Amendment,” she added.

But the court sided against Kanter, noting that the state had the right to categorically disqualify all felons from owning guns in the interest of “preventing gun violence,” according to the majority opinion. The majority also added that felons were more likely to abuse firearms than non-felons. (RELATED: ‘We Don’t Think He Did Anything Wrong’: Gun Rights Group Details Why They Think The Rittenhouse Shooting Was ‘Self Defense’)

Gun Owners of America and other gun groups throughout the country have advocated for non-violent felons, including Kanter, to have their firearms rights restored, as they allege they are not a danger to themselves and others. The Firearms Policy Coalition, another pro-Second Amendment organization, has asserted that certain felons should retain their gun rights, according to its webpage.

The Bureau of Alcohol, Tobacco, Firearms and Explosives used to investigate individual cases to restore firearms rights, but the practice ended in the ’90s after it was determined to be too costly, according to the agency’s webpage. 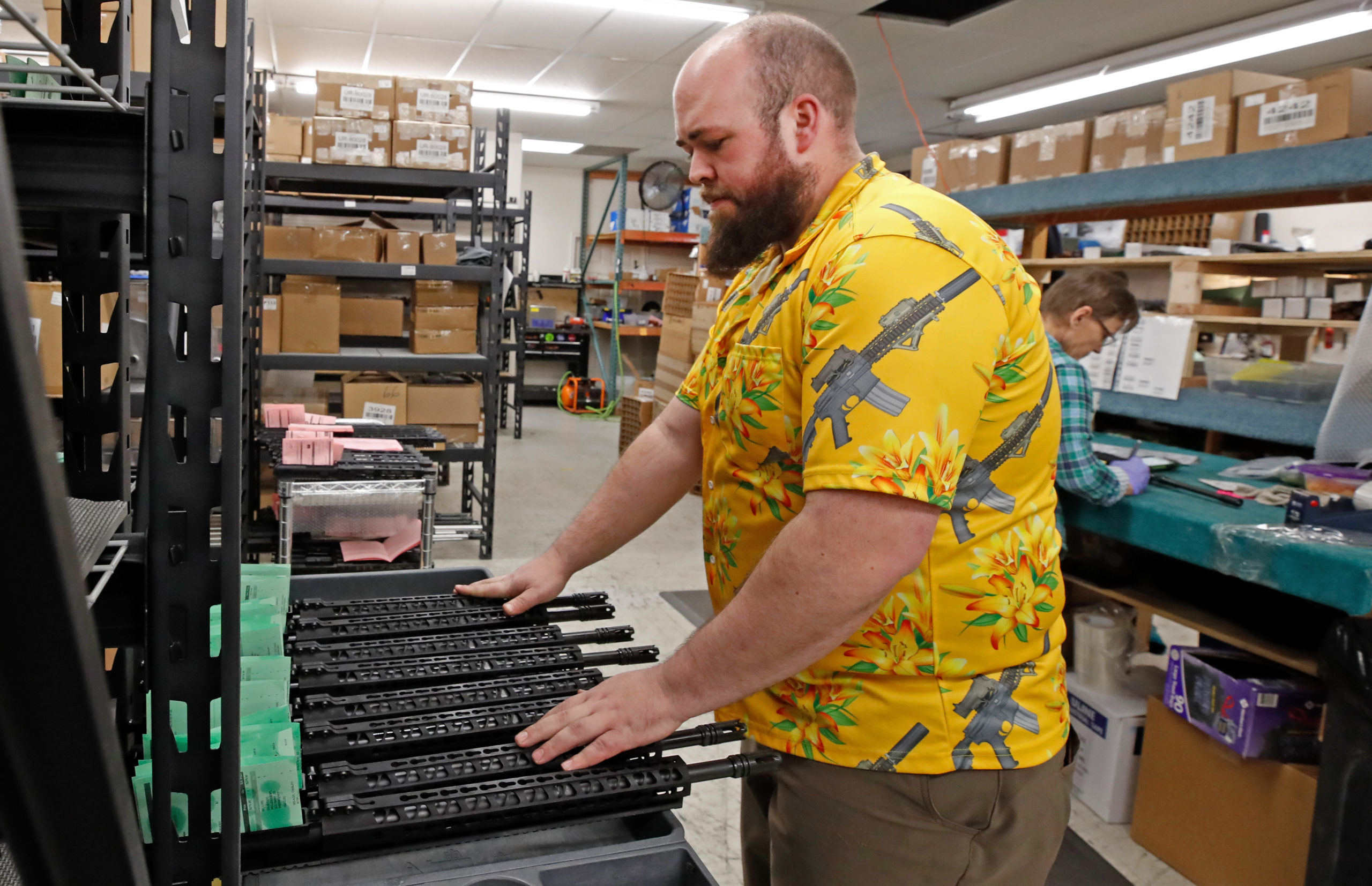 “So the question is, if you are a serial killer in most states, you can petition for your rights … but an individual who sold soles can never have his rights restored?” Hammond asked. “What danger does he impose for selling the wrong soles?”

Hammond, despite the outcome, was nevertheless pleased with Barrett’s commitment to Kanter’s cause.

“I think the fact that she went to such an elaborate analysis of the Second Amendment is a good thing, and it indicates that she is going to vote as the founders intended,” Hammond told the DCNF.

The dissent, although promising for groups like Gun Owners of America, is one of the only examples of Barrett’s opinion on gun rights. Despite her sparse record on the issue, Hammond considers Barrett’s view on guns to be even stronger than that of Chief Justice John Roberts, who has come under fire after recent court decisions cast doubt on his initial leanings.

The Supreme Court under the direction of Roberts refused to hear 10 Second Amendment cases in mid-June, according to The Atlantic. The cases may have resulted in possible landmark decisions regarding the right to self-protection both inside and outside of the home, The Atlantic reported.

Hammond also believes the confirmation of Barrett will lead to a 5-4 pro-gun majority on the court at a minimum, which could potentially strike down sweeping gun bans if Biden were to take office, he said.