An Indian man died after starving himself for multiple days out of sadness that President Donald Trump was infected with the coronavirus, the News Minute reported.

Bussa Krishna, 33, died of cardiac arrest Saturday in the Indian state of Telangana, according to the News Minute, an Indian news source. Krishna was reportedly known for being a fan of Trump’s, and was disturbed by the news that the president and First Lady Melania Trump had been infected with the coronavirus.

“He had slipped into depression after hearing about Trump contracting coronavirus,” his cousin B Vivek told The Indian Express. “He was not eating properly. When we rushed him to the hospital, the doctors declared him dead. The cause of death is a cardiac arrest.”

Family members reportedly said that Krishna was in shock and depressed, starving himself for four days after learning that the president had become ill. Krishna could be heard saying in a video reportedly on social media that he has been a fan of Trump’s for four years and that his “god” was infected with coronavirus, according to the News Minute. As he wept in the video, he also said he was praying for both the First Lady and Trump to recover. (RELATED: White House Physician Sean Conley Announces Trump Has Tested Negative For Coronavirus On ‘Consecutive Days’)

Krishna gained popularity when he transformed his home into a shrine to Trump, including a 6-foot, $19,000 statue of the president that Krishna prayed to. He stuck Trump’s photographs across the walls in his house and would wear t-shirts imprinted with the president’s image, according to Indian Express.

“I am facing difficulties because of my relatives,” Krishna told Reuters in February. “They tell me that I am disgracing them in society. I told them that just like you believe and worship Shiva, I believe and worship Trump. Neither of us can stop the other from doing so.” 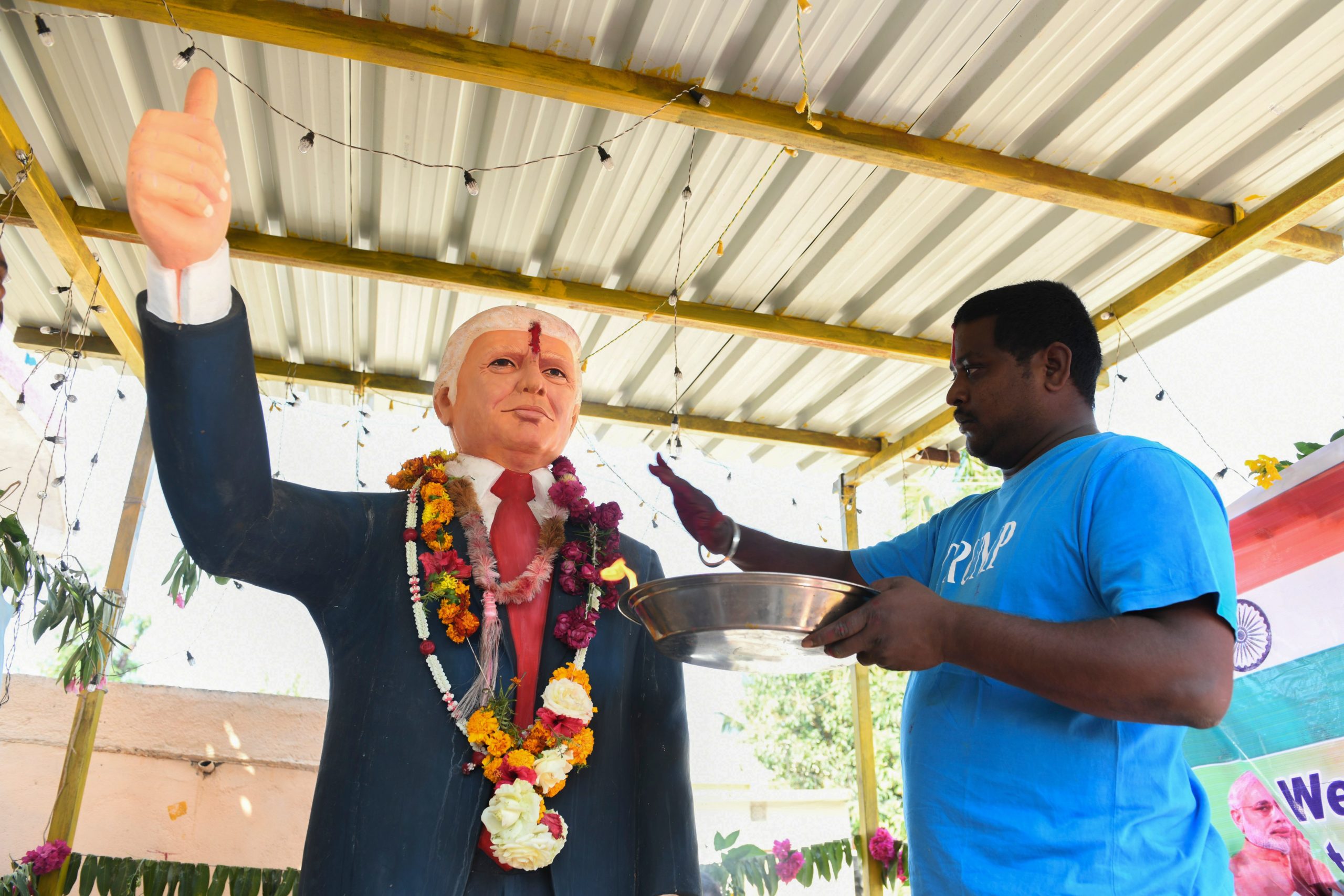 In this photo taken on February 17, 2020, farmer Bussa Krishna, 33, offers special prayers to the statue of US President Donald Trump. (Photo by NOAH SEELAM/AFP via Getty Images)

Krishna’s uncle B Ashok told the New Indian Express that his nephew had traveled over 900 miles to Gujarat and spent nearly $2,000 in an attempt to meet Trump, according to the News Minute.

But Krishna never met Trump before he died.

“Usually, we see people build temples for their Gods. Some people turn ardent followers of regional and national leaders. For the first time, someone had built a temple for an international leader like Trump. Krishna made us all proud and we were all hoping that his dream of meeting Trump came true someday,” Venkat Goud, a Konne village official, said according to Indian Express.

“As much as we are sad that he died without meeting Trump even once, we hope, at least the news of his death, reaches Trump now.”