More than 60 artworks and artifacts at Berlin’s Museum Island were smeared with an oily liquid by an unknown perpetrator in early October, and a motive remains unclear, numerous sources reported.

In total, 63 works at the Museum Island complex, a UNESCO world heritage site and Berlin’s cultural center, were vandalized with an oily but non-corrosive liquid, the Associated Press reported. The  Pergamon Museum, the Alte Nationalgalerie and the Neues Museum were affected. 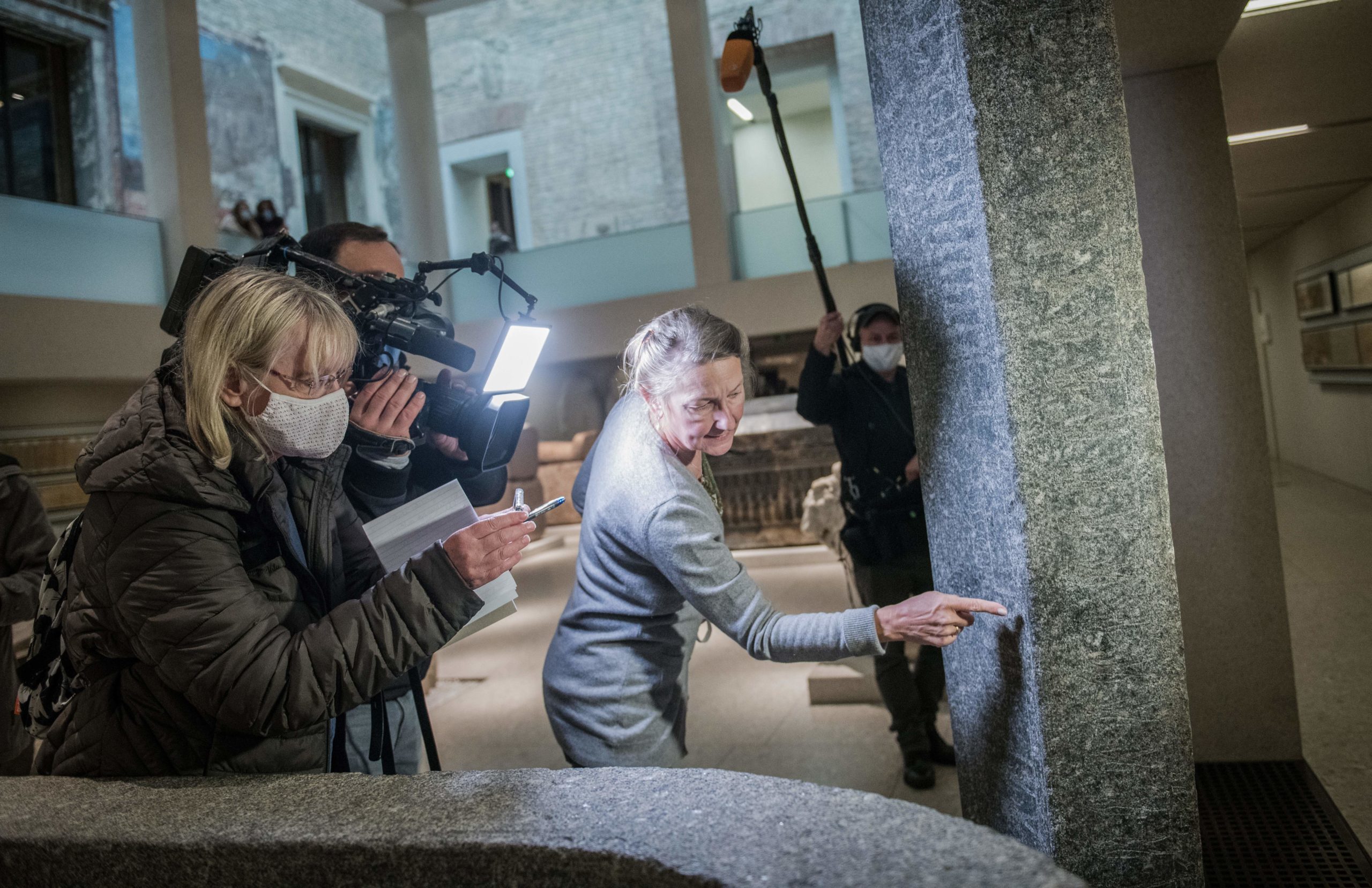 Friederike Seyfried, director of the Egyptian Museum Berlin points to a damage caused by an “oily liquid” leaving visible stains on exhibits in the Egyptian part of the Neues Museum on October 21, 2020 in Berlin. (Photo by STEFANIE LOOS/AFP via Getty Images)

The act of vandalism was “one of the most extensive attacks on works of art and antiquities in the history of post-war Germany,” German daily Die Zeit reported, according to Deutsche Welle. Among the damaged pieces are Egyptian sarcophagi, stone sculptures, and 19th-century paintings. The unknown liquid left visible stains on the artworks and artifacts.

The vandalism occurred at some point between 10 a.m. and 6 p.m. on Oct. 3, which was German Unity Day and the 30th anniversary reunification between East and West Germany. Whether the day was deliberately chosen is a mystery, Deutsche Welle reported. The date of the vandalism was also the first day the museum had opened since March, when the pandemic forced it to close.

There was also no thematic link between the art works that were targeted, and “no pattern is discernible” to the perpetrator’s approach, Christina Haak, the deputy director of Berlin’s state museums, told the AP.

“This is a variety of objects that do not have any immediate connection in terms of context … we have no self-incriminating letter or anything like that, so we have to assume for now that the motive is completely unclear,” Carsten Pfohl, a senior official with Berlin’s criminal police office, told the AP. 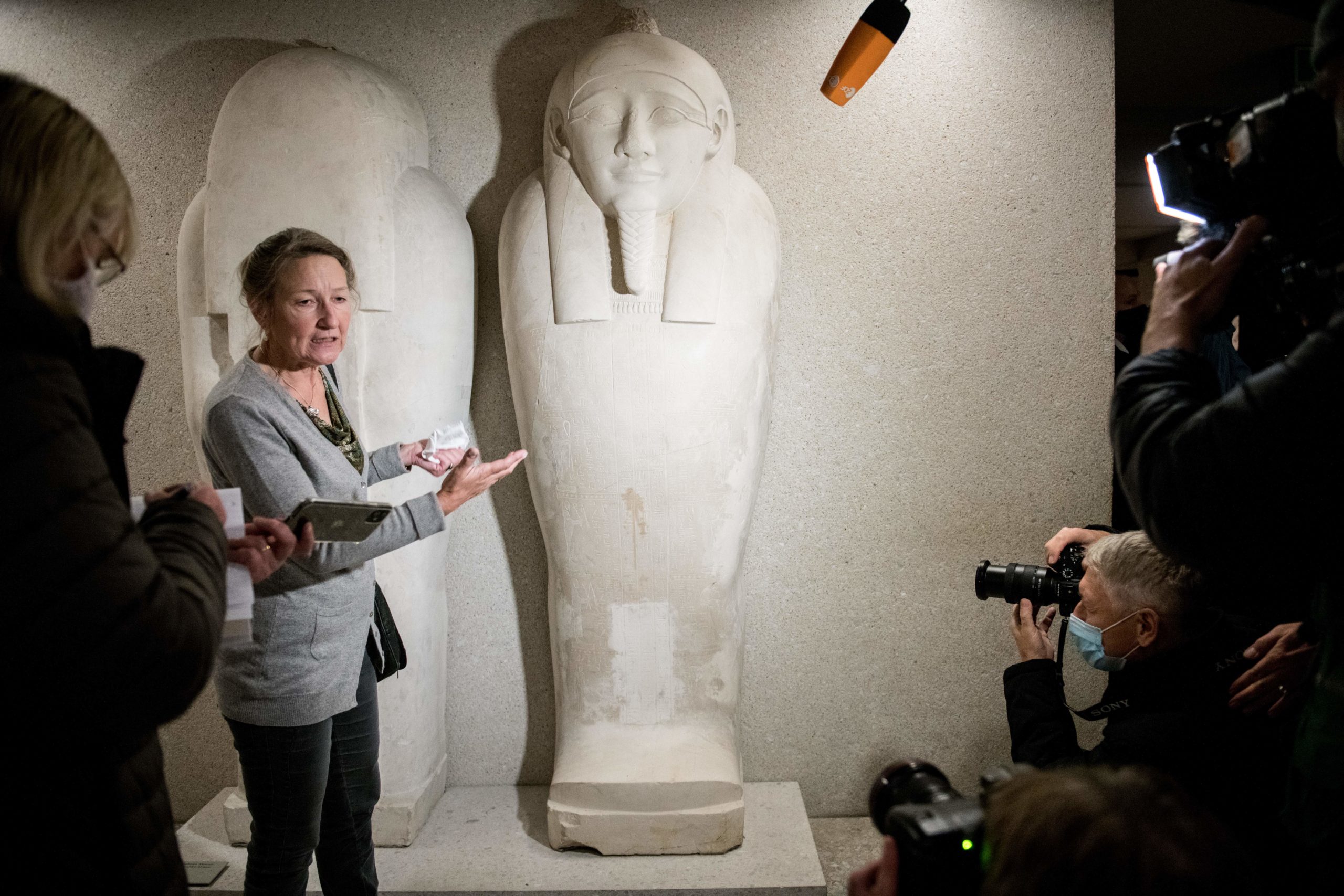 Friederike Seyfried, director of the Egyptian Museum Berlin points to the damage caused by an “oily liquid” leaving visible stains on exhibits in the Egyptian part of the Neues Museum on October 21, 2020 in Berlin. (Photo by STEFANIE LOOS/AFP via Getty Images)

Authorities remained silent for nearly three weeks following the incidents, initially deciding to not go public out of “tactical considerations related to the investigation,” the AP reported. After the weekly Die Zeit and Deutschlandfunk radio broke the story, police called for witnesses to come forward with any accounts of suspicious behavior they noticed on Oct. 3. (RELATED: Two Of The World’s Most Famous Artists Wrote Letter About Brothels In 1888 And It Sold At Auction For $237,000)

More than 3,000 people visited Museum Island the day of the vandalism, and only 1,400 personalized tickets were booked in advance, making investigators’ efforts to track down potential suspects more difficult, according to the AP. All who ordered in advance were contacted by email to ask whether they noticed any strange activity.

Available surveillance footage reportedly did not capture the crime being committed.

Pfohl said the incident isn’t unique because artifacts in museums in other countries have been vandalized with liquids before in recent years. Police are inclined to believe a lone perpetrator was behind the crime, but aren’t ruling out multiple perpetrators, according to the AP. The works that were vandalized also appeared to have been chosen at random, according to investigators. 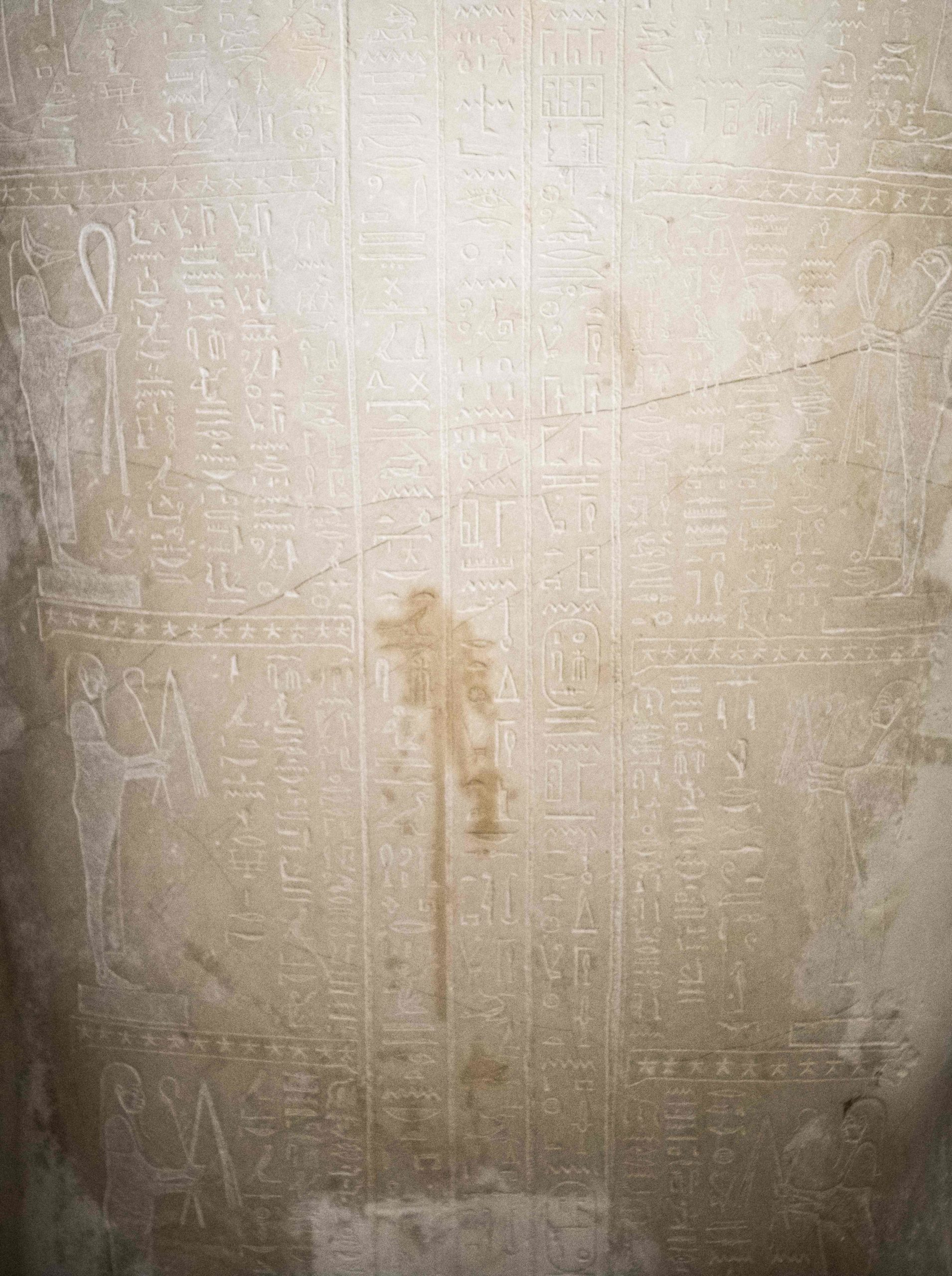 A damage caused by an “oily liquid” leaving visible stains on exhibits in the Egyptian part of the Neues Museum is seen on October 21, 2020 in Berlin. (Photo by STEFANIE LOOS/AFP via Getty Images)

The incident raised concerns about museum security. Culture minister Monika Grütters said that the Berlin State Museums must once again be questioned about their security precautions, and requested a comprehensive report into the issue. “It must be clarified how this much damage could have gone unnoticed, and how such attacks are to be prevented in the future,” she said, according to Deutsche Welle.

In 2017, burglars broke into the Bode Museum, part of the Museum Island complex, and stole a 221-pound Canadian gold coin valued at $4.38 million known as the “Big Maple Leaf.” The heist involved a ladder, wheelbarrow, and a getaway car, Deutsche Welle reported.