Most of the Affordable Care Act appeared likely to survive yet another legal challenge as five justices indicated that they were not inclined to strike down the law.

The court heard Texas v. California, a suit brought by multiple Republican attorneys general which argues that the individual mandate, a signature part of the health care law, is unconstitutional and that the entire law must be struck down as a result. At least five justices, however, seemingly said that even if the mandate is found to be unconstitutional it can likely be separated from the rest of the law.

“It does seem fairly clear that the proper remedy would be to sever the mandate provision and leave the rest of the law in place,” said Justice Brett Kavanaugh Tuesday.

Though the mandate originally imposed a fine on those who opted out of receiving insurance, the fine was lowered to zero in the 2017 Tax Cuts and Jobs Act, rendering it largely unenforceable. This was echoed by Chief Justice John Roberts, who said that “Congress left the rest of the law intact when it lowered the penalty to zero.” (RELATED: The ACA Is Likely To Survive Even With A Justice Barrett, Experts Say) 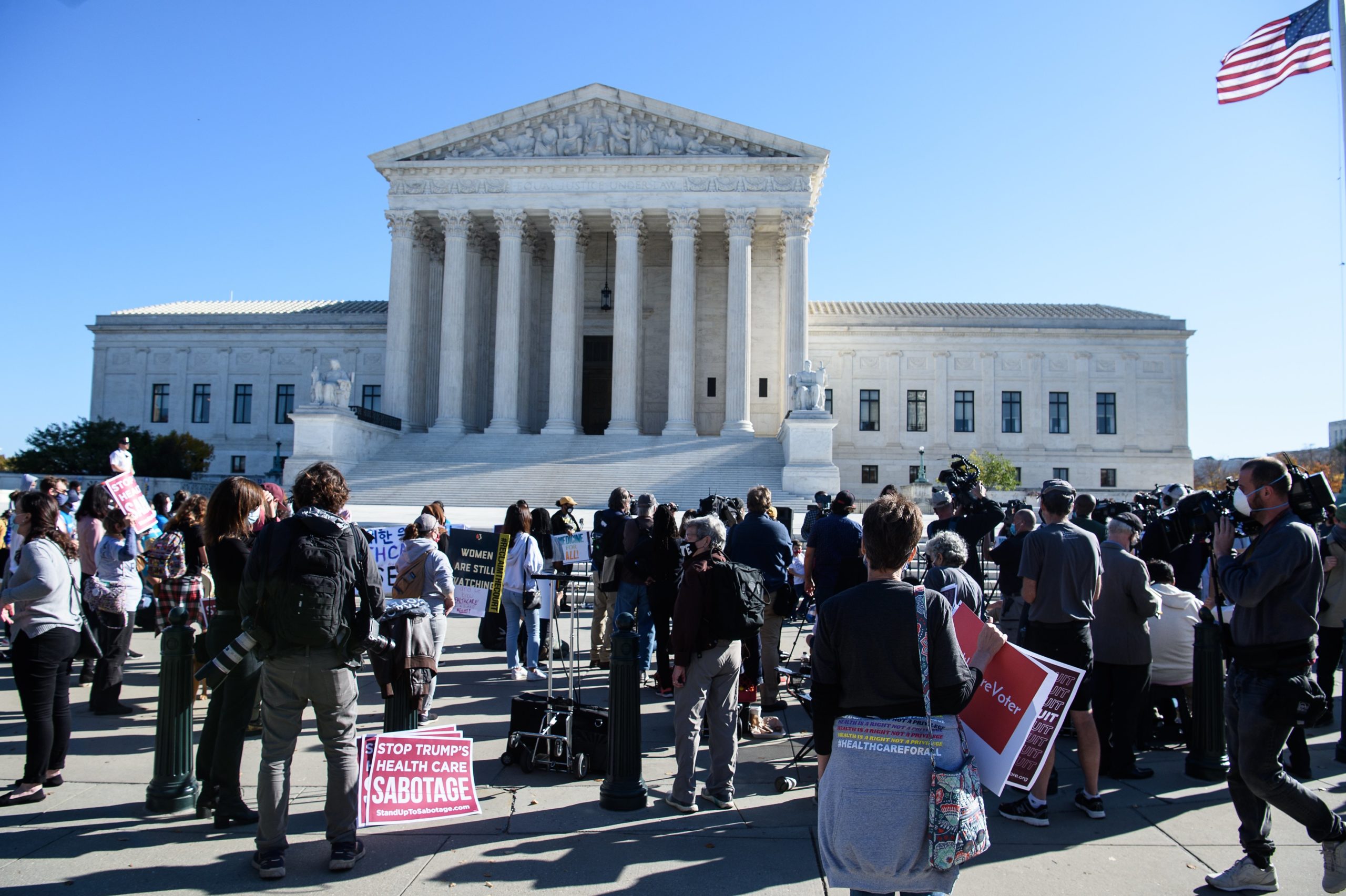 Demonstrators and reporters gather in front of the US Supreme Court in Washington, DC, on November 10, 2020, as the high court opened arguments (Photo by NICHOLAS KAMM/AFP via Getty Images)

Texas v. California is the third time the ACA has appeared before the Supreme Court. In 2012, the court upheld the individual mandate as a tax, with Roberts writing the majority opinion, and in 2015 the court ruled that the federal government could provide tax subsidies to facilitate lower-income Americans in buying health insurance.

Greater speculation has surrounded Texas v. California because the Trump administration has supported the plaintiffs in their push to overturn the ACA and because three new justices have joined the court since it last heard a case related to the law. In addition to Kavanaugh, who was confirmed in October 2018, Justices Neil Gorsuch and Amy Coney Barrett joined the court in April 2017 and October 2020, respectively.