President Donald Trump said Friday that Pfizer’s coronavirus vaccine will be available to the entire American population by April but seemed to concede for the first time publicly that he might be out of office at that point in time.

“Millions of doses will soon be going out the door. They are already, waiting for that final approval,” Trump stated during a press briefing on Operation Warp Speed, the government’s coronavirus vaccine initiative. “As soon as April, the vaccine will be available to the entire general population, with the exceptions of places like New York state.” 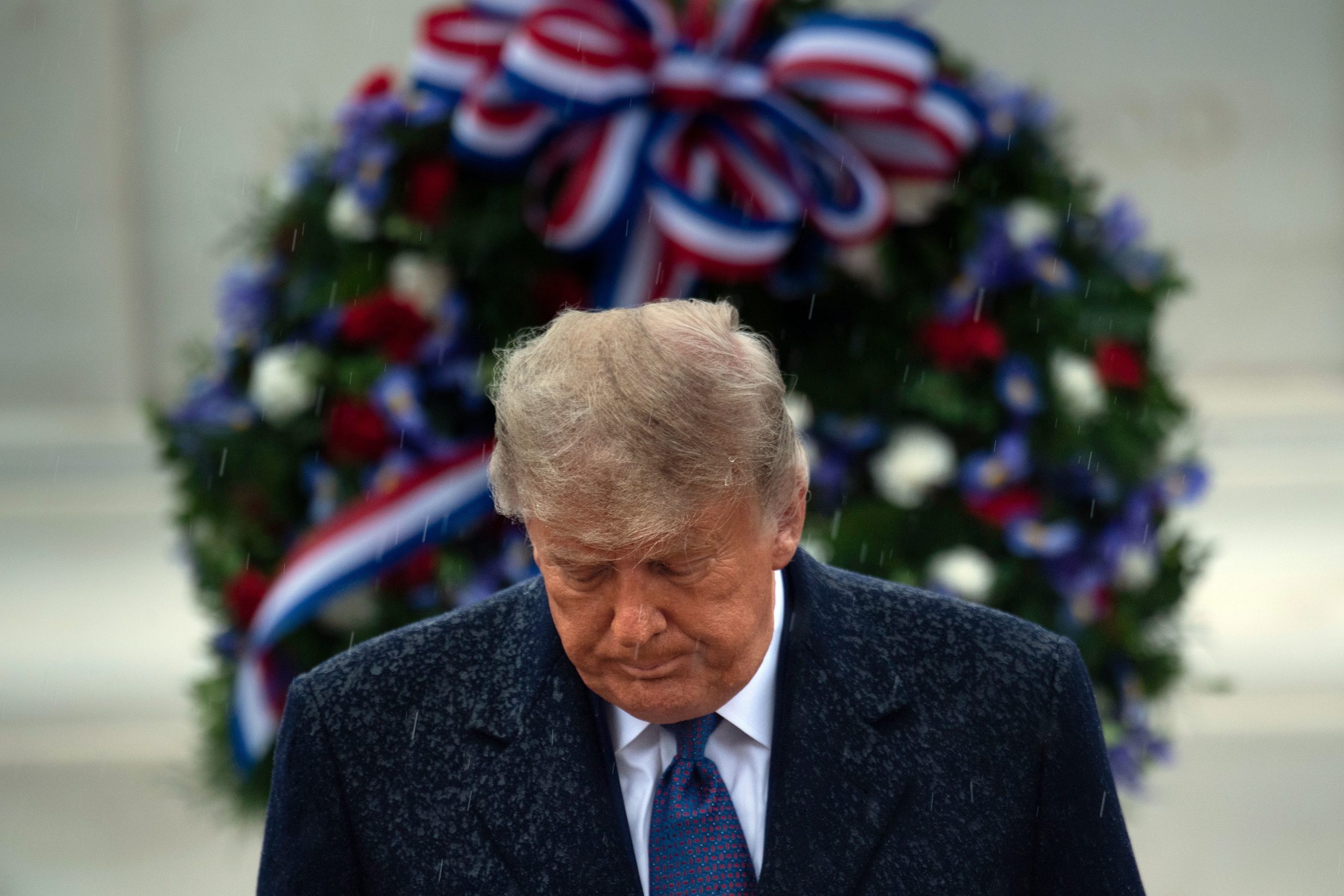 US President Donald Trump leaves after placing a wreath at the Tomb of the Unknown Soldier on Veterans Day at Arlington National Cemetery in Arlington, Virginia, on Nov. 11, 2020. – US President Donald Trump made his first official post-election appearance Wednesday for what should be a moment of national unity to mark Veteran’s Day, now marred by his refusal to acknowledge Joe Biden’s win. The president visited Arlington National Cemetery, four days after US media projected his Democratic rival would take the White House. (Photo by BRENDAN SMIALOWSKI/AFP via Getty Images)

“He wants to take his time with the vaccine. He doesn’t trust where the vaccine is coming from,” the president continued. “These are coming from the greatest companies anywhere in the world. The greatest labs anywhere in the world, but he doesn’t trust the fact that it is this White House, this administration, so we won’t be delivering it to New York until we have authorization to do so.”

Later in the press conference, Trump vowed that his administration “will not do a lockdown” and appeared to stop himself from saying he hoped President-elect Joe Biden would follow suit.

“Hopefully whatever happens in the future — who knows which administration it will be? I guess time will tell — but I can tell you this administration will not go to a lockdown,” Trump continued. “Lockdowns cost lives, and they cause a lot of problems. The cure cannot be — you’ve got to remember, cannot be worse than the problem itself.”