Russian officers conducted the poisoning of opposition leader Alexei Navalny by placing a deadly nerve agent in his underpants, one officer was reportedly duped into admitting.

Konstantin Kudryavtsev, a Federal Security Service (FSB) agent in a specialized toxins unit, was tricked into confirming the details of the secret operation during a phone call, according to CNN. Kudryavtsev believed he was debriefing Russia’s National Security Council, but was actually speaking with Alexei Navalny, the man he conspired to poison.

“What item of clothing was the emphasis on? What is the most risky piece of clothing?” Navalny, posing as a member of the Russian government, asked the FSB agent, CNN reported. 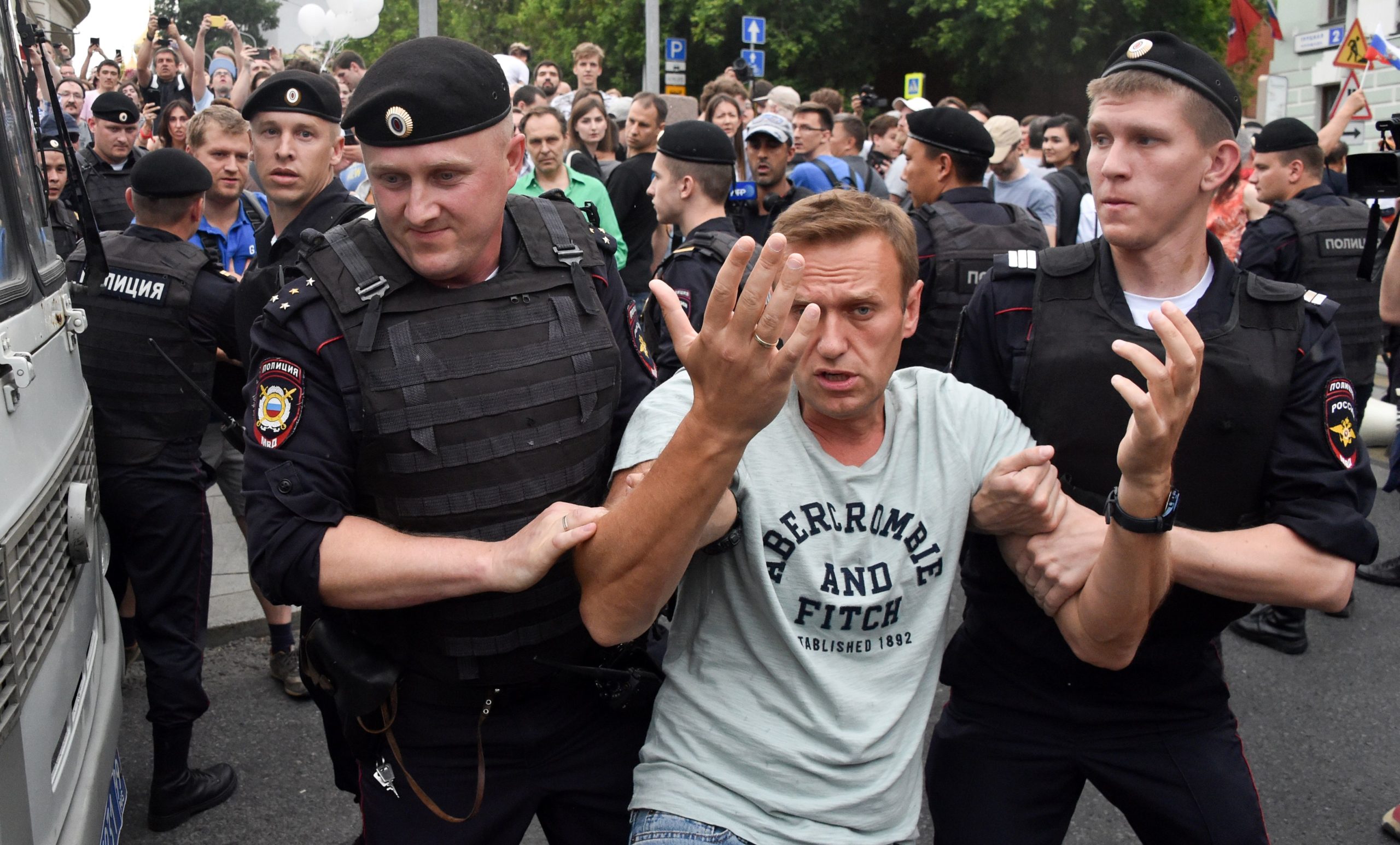 Opposition leader Alexei Navalny is detained by Russian police officers during a march to protest against the alleged impunity of law enforcement agencies in central Moscow in 2019. (Vasily Maximov/AFP via Getty Images)

To build his cover, Navalny told Kudryavtsev that he had been tasked with interviewing members of the security team who conducted the operation to find out “what went wrong,” according to CNN. Navalny disguised his phone number as that of the Russian National Security Council headquarters and asked his questions with urgency. While Kudryavtsev was reportedly apprehensive during the interview, he divulged information about the poisoning that hadn’t been known in a roughly 45-minute conversation.

Navalny, a prominent critic of President Vladimir Putin and co-founder of the Russia of the Future Party, fell extremely ill after he drank tea at an airport in Siberia on Aug. 20. He was promptly rushed to an Omsk, Russia hospital after his flight made an emergency landing.

Navalny was then flown to Berlin, Germany where he was placed in a medically-induced coma and treated. Navalny came out of coma on Sept. 7 and was released from the German hospital on Sept. 23.

The U.S. and European Union have both condemned the apparent poisoning and demanded answers from Russia. However, Putin denied any wrongdoing on Thursday saying that the agents would have been successful if they were behind the attack.

“If they had really wanted to, they would have probably finished the job,” Putin said with a laugh, The New York Times reported.