The city experienced a total of 17 different gunfire incidents throughout the three-day period, according to a media release from the Chicago Police Department. In one fatal shooting, a 29-year-old store employee with a concealed weapons license shot and killed a would-be robber on Saturday, the Chicago Sun-Times reported.

One person, a male between the age of 17 and 20, was pronounced dead after he riddled with bullets to his back and shoulder while he stood in the street on Sunday, according to the Sun-Times. A 24-year-old woman was also killed on Sunday when she was ambushed by a gunman while inside of a vehicle, according to the local outlet. 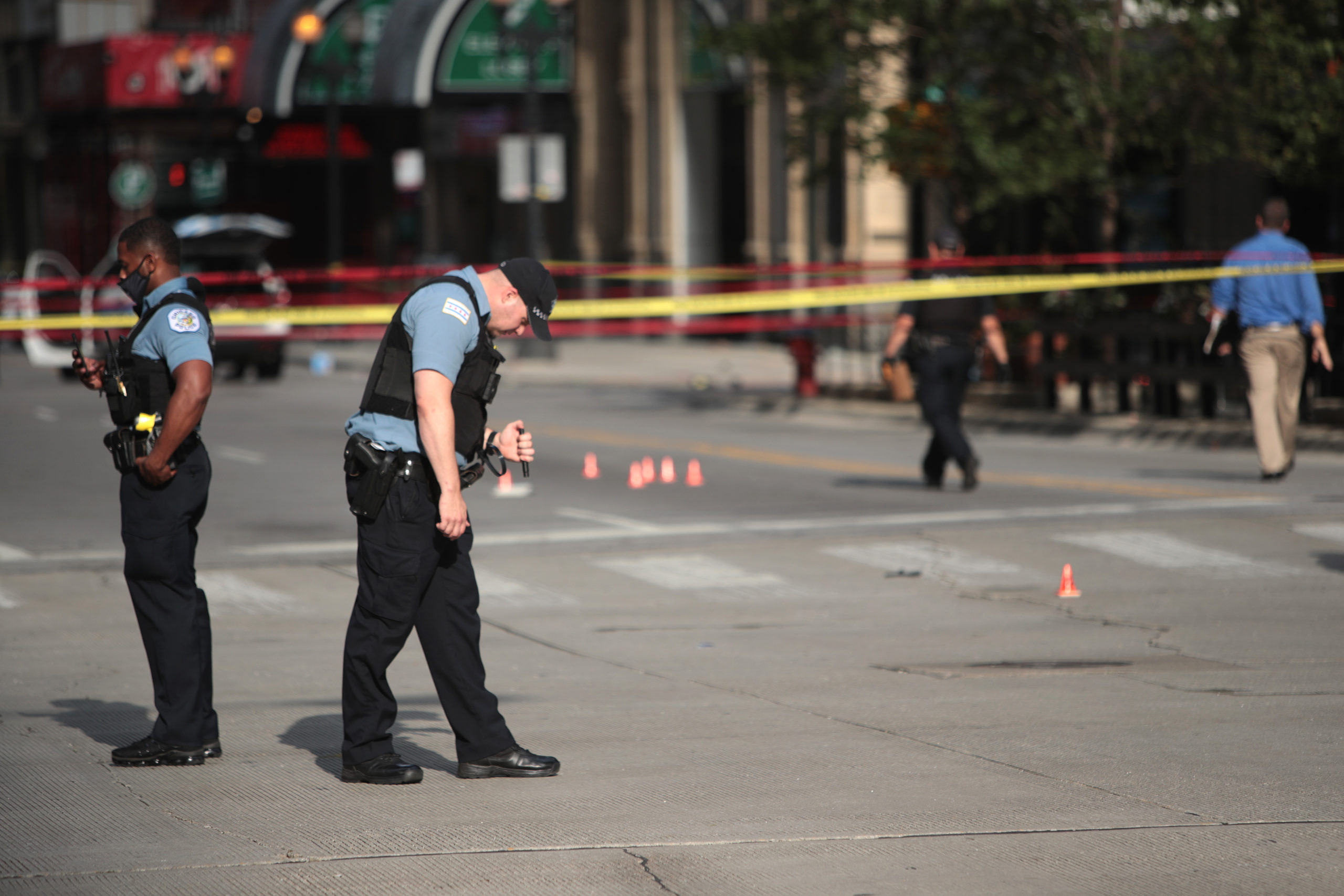 Police investigate where a shooting took place on Michigan Ave. hours after the city suffered from widespread looting and vandalism, on August 10, 2020 in Chicago, Illinois. (Scott Olson/Getty Images)

Another man whose age was not disclosed was murdered on Saturday before investigators found his corpse in an alleyway with a bullet wound to the chest, the Sun-Times wrote. A total of three people were shot fatally on Christmas Day including a 57-year-old who was shot in the head while walking on a sidewalk and two men who were found dead with bullet wounds, one of whom was in their early 20s, according to the local outlet. (RELATED: Elderly Woman And Teen Among 5 Killed, 32 Shot In Chicago Weekend Violence)