At the beginning of President Donald Trump’s term, Chinese and U.S. intelligence agencies were embroiled in conflict over data, Foreign Policy reported. Hackers working for China were able to pull off a massive hack of Equifax, one of the largest credit-reporting firms in the U.S., and steal personal information like Social Security numbers and credit card information from around 145 million Americans.

U.S. officials now say that the ties between Chinese businesses and Chinese intelligence services have gotten tighter, according to the report. In 2017, Beijing passed a law that forced Chinese businesses to work with Chinese intelligence and security agencies whenever they are asked. The law codified “what was pretty much what was going on for many years before, though corruption had tempered it,” a former CIA official told the magazine. (RELATED: REPORT: China Collected Data While US Intelligence Fell Behind)

During the final years of the Obama administration, U.S. intelligence officials had been instructed to focus on the relationship between Chinese businesses and Chinese intelligence agencies in order to better understand it. They were able to discover the vast amount of cooperation that occurred between the two entities, who communicated on “a daily basis,” a former Trump-era national security official told Foreign Policy. 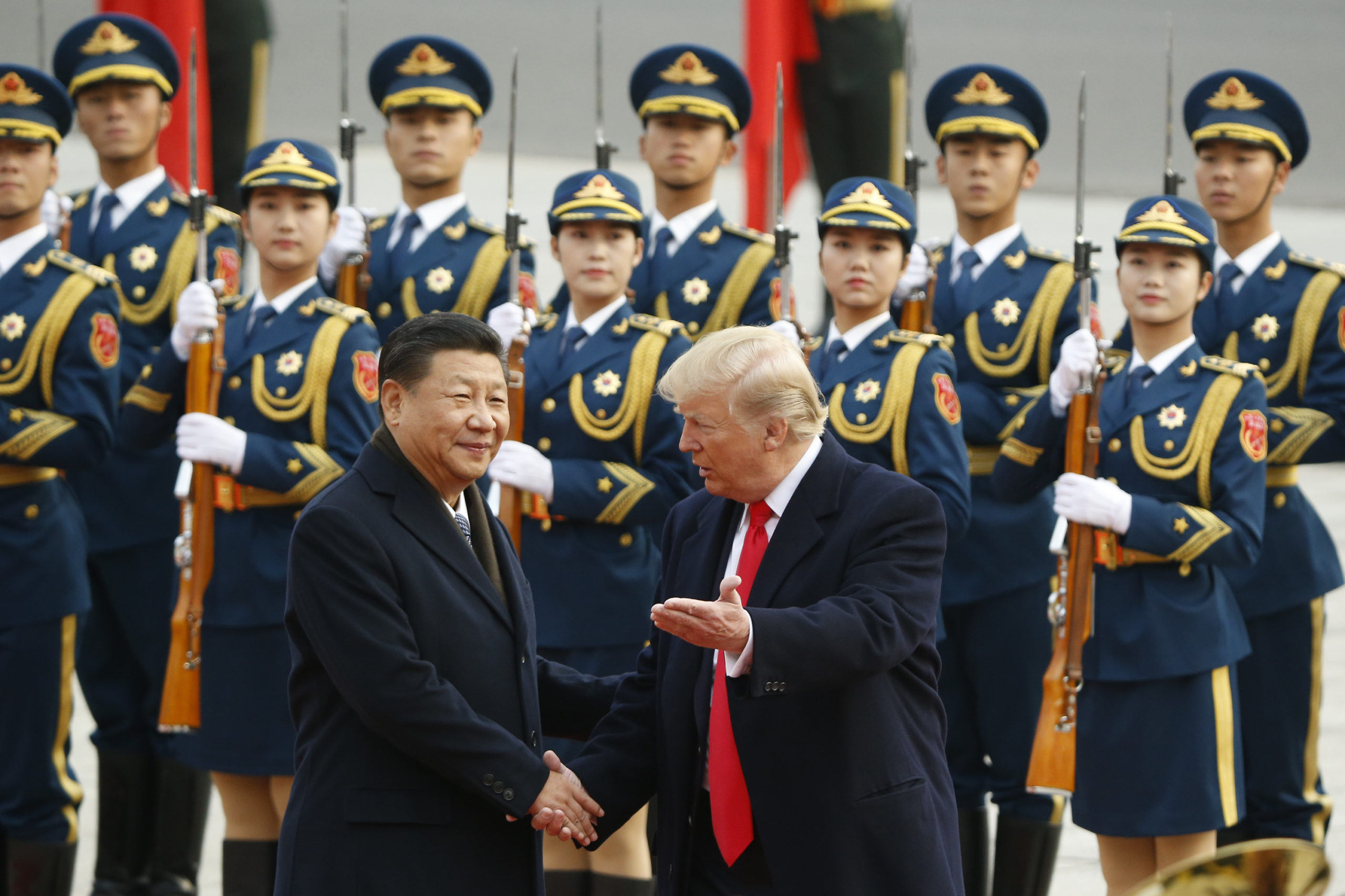 U.S. President Donald Trump takes part in a welcoming ceremony with China’s President Xi Jinping on November 9, 2017 in Beijing, China. Trump is on a 10-day trip to Asia. (Photo by Thomas Peter-Pool/Getty Images)

“Those commercial entities are the commercial wing of the party,” the national security official said. “They of course cooperate with intelligence services to achieve the party’s goals.”

According to current and former officials, China orders private companies to process massive amounts of stolen data if it is deemed to have value for intelligence. The ability to process such large amounts of data gives Beijing an edge over U.S. intelligence, Foreign Policy reported.

Chinese companies don’t necessarily want to cooperate with the Chinese government, although they are forced to. Many firms “probably want to be normal tech companies, and don’t want to deal with these ideological expectations, or the national security expectations,” Elsa Kania, a China expert and adjunct senior fellow at the Center for a New American Security, told Foreign Policy. “Most Chinese tech companies are not that dissimilar to their counterparts in Silicon Valley. The difference is they are trying to operate within a system where there are incentives and expectations to cultivate closer relations with the government, or the potential for retribution should they step out of line on some front.”

The companies will publicly deny having links to Beijing’s intelligence or military operations, especially in English, according to the report. However, in China, they often speak about their loyalty to the party and willingness to assist with intelligence operations. (RELATED: China Stole Data For Years, But Learning How To Read It Is What Changed The Global Spy Game)

American companies became key targets for intellectual property theft from Chinese spy agencies. The agencies steal information and data from the companies and pass it on to Chinese companies in order to give them an economic advantage over their competition. “It’s well understood that you’ve had some flow of information from Chinese intelligence agencies to private sector entities,” Sean Kanuck, who was the U.S. national intelligence officer for cyber issues from 2011 to 2016, told Foreign Policy.

Steve Ryan, the former deputy director of the National Security Agency’s Threat Operations Center, said that China’s spy operations were targeting U.S. defense contractors as far back as 2000, and were doing so “on a regular basis” by 2006. China was “just robbing the defense industrial base blind, in certain areas, in certain technologies,” Ryan said. “And then we would just watch them form a company that would then put that U.S.-side interest out of business. We saw that time and again.”

American intelligence operations are at a disadvantage because they can’t force American companies to perform expensive data-processing like the Chinese can, according to the magazine. But once U.S. agencies were able to process the data, the results were “sickening to your stomach,” according to a current senior intelligence official.

“Look at Equifax. Add Anthem, the financial stuff, Marriott, there’s nothing they don’t know about us,” the official said, referring to a series of recent hacks by Chinese spies.

National security officials believe that China may be attempting to undermine the American economy by using stolen personal information, according to the report. The information can be used to strategically put financial stress on certain areas of business, or give Chinese firms an advantage. The data can be used for market research and industry insights, or be used to create better algorithms for artificial intelligence.