House Speaker Nancy Pelosi was officially reelected to her leadership position for the 117th Congress on Sunday.

In a 216-208 vote, Pelosi was reelected as House speaker. Pelosi launched her bid on Nov. 6 in a letter to her Democratic colleagues, congratulating them on maintaining a majority in the House. The vote was closer than expected due to the Democrats’ small majority as well as members being out due to positive COVID-19 tests. 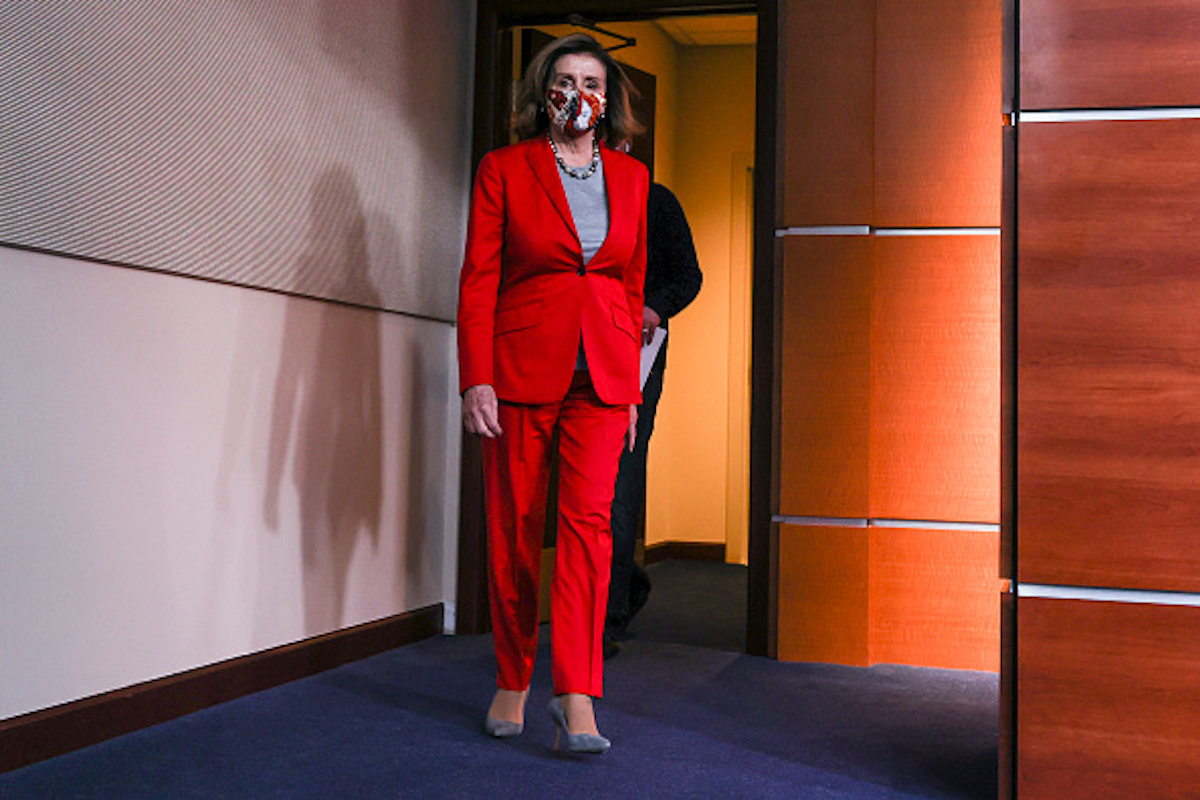 Speaker of the House Nancy Pelosi (D-CA) arrives to speak at her weekly news conference on Capitol Hill on December 30, 2020 in Washington, DC. (Photo by Tasos Katopodis/Getty Images)

After the November elections, Pelosi told Democrats that their party had “a mandate.” Democrats in the House reportedly voiced their concerns about the future of the party with Pelosi in a caucus call, as the party did not expand their majority but instead lost several seats. Virginia Democratic Rep. Abigail Spanberger was reportedly the most vocal, causing Pelosi to fire back saying Democrats have a “mandate.” (RELATED: ‘F*cking Torn Apart Again In 2022’ — Virginia Democrat Allegedly Lights Up Caucus Call On Election Performance)

Before Pelosi was re-elected as Speaker in 2018, House Democrats and Pelosi agreed to term limits for the top three Democratic leaders in the House, which Pelosi agreed would stop her from another run at speaker in 2022, Roll Call reported. As House Democrats have retained their majority in the House, Pelosi had already asked her Democratic colleagues to support her as Speaker for another term. (RELATED: This Could Be Pelosi’s Last Term As Speaker If Elected, Due To 2018 Agreement)