Trump and his lawyers filed a complaint on New Year’s Eve that asked Cohen to toss out the certified results of Georgia’s presidential race, according to The New York Times (NYT). The complaint reportedly alleged that Georgia officials allowed dead people, unregistered voters and convicted felons to vote.

During the hearing Cohen said that the case was “beyond unprecedented,” according to Fox News. Cohen then said that Georgia Secretary of State Brad Raffensperger did nothing wrong when he recertified the 2020 election results for President-elect Joe Biden, Fox reported.

Many of the accusations raised in the complaint were recently raised by Trump himself, including in a recently released phone call during which Trump asked Raffensperger to help him “find” the more than 11,000 votes needed to win the election, the NYT reported. Gabriel Sterling, a top election official in Georgia, refuted the allegations Monday, according to the NYT. 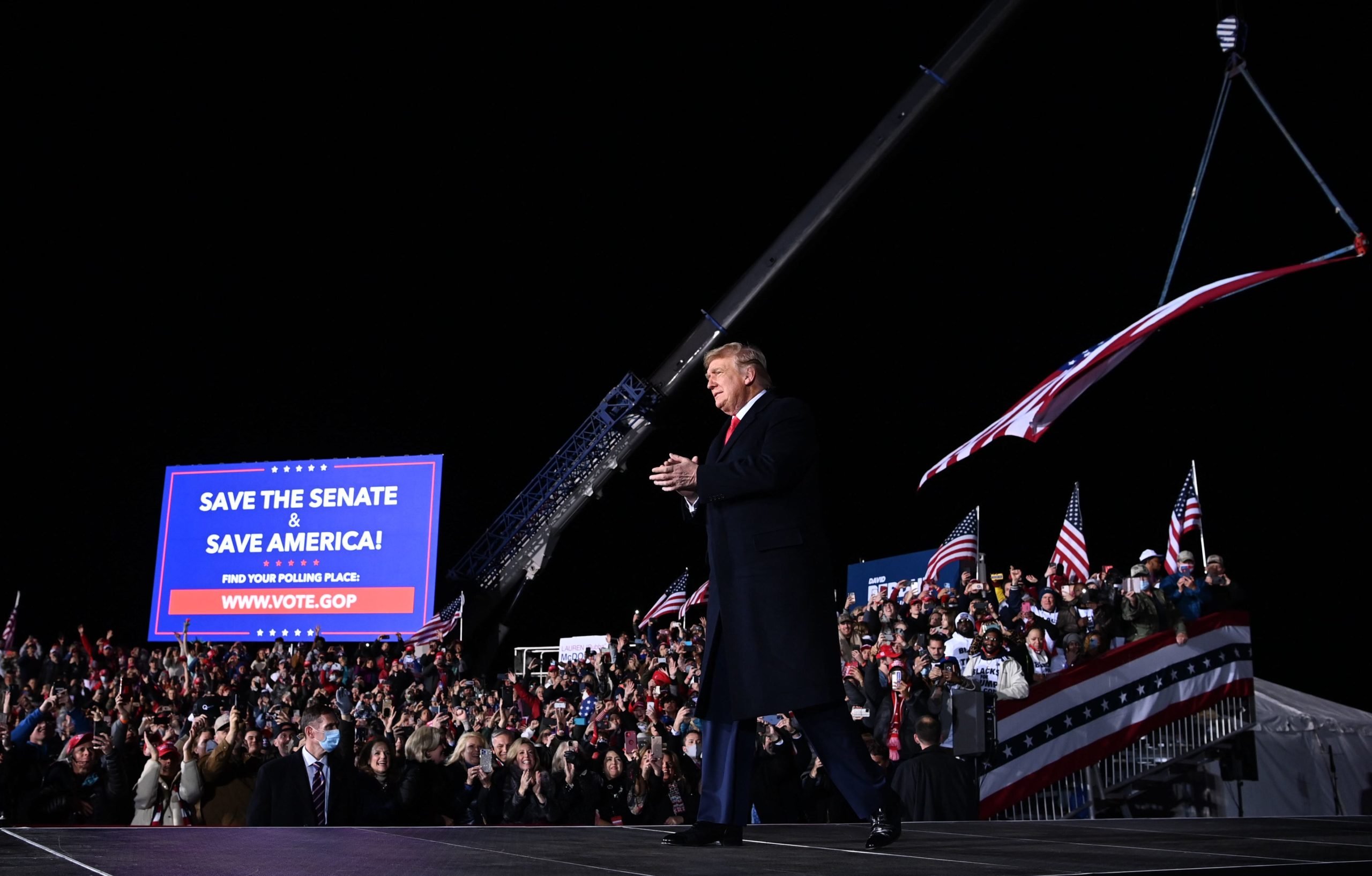 US President Donald Trump arrives to speak during a rally in support of Republican incumbent senators Kelly Loeffler and David Perdue ahead of Senate runoff at Dalton Regional Airport, Georgia on January 4, 2021. (MANDEL NGAN/AFP via Getty Images)

Cohen also said that the timing of the request was too late and that there was no evidence that lawyers for Republican Gov. Brian Kemp and Raffensperger received the complaint, according to Fox 5 Atlanta. (RELATED: Judge Denies Georgia GOP Lawsuit That Sought To Eliminate Voting Drop Boxes In Runoff)

“Although Plaintiffs counsel could have requested through this Court’s ECF filing system an immediate hearing over this past holiday weekend, and obtained a hearing before the duty district judge, counsel did not do so. Consequently, this Court was not informed of these filings until this morning at 9:38 a.m. when the case was assigned,” Cohen wrote, according to the report.

The president and his team have so far been unsuccessful in the dozens of suits that have sought to overturn the election results, according to NBC News. At least 50 cases, some filed directly by the president’s reelection team and others by his allies, have been denied, dismissed, settled or withdrawn, according to the report.

Among the cases tossed out include a federal judge who tossed one lawsuit filed by the campaign in November that sought to block the certification of Pennsylvania’s election results. The Wisconsin Supreme Court issued a 4-3 decision in December that rejected a lawsuit from the Trump campaign that also sought to overturn the state’s election results.