The Michigan Republican Party is seeking to remove Aaron Van Langevelde, the GOP member of the Board of State Canvassers who voted to certify President-elect Joe Biden’s victory in the state.

Van Langevelde cast the deciding vote to certify on Nov. 23, after many Republican operatives and Michigan state legislators pushed to delay. The other Republican member, Norm Shankle, abstained after initially saying that he would vote against certification.

Instead of renominating Van Langevelde for another four-year term when his expires at the end of January, the Michigan Republican Party has backed three GOP activists to take his place, the Detroit News first reported. But despite the internal opposition, Van Langevelde said that he was proud of his decision to certify. (RELATED: Biden Wins Michigan)

“My conscience is clear, and I am confident that my decision is on the right side of the law and history,” he said Monday, according to the Detroit News. “Time will tell that those who spread misinformation and tried to overturn the election were wrong, and they should be held responsible for the chaos and confusion they have caused.” 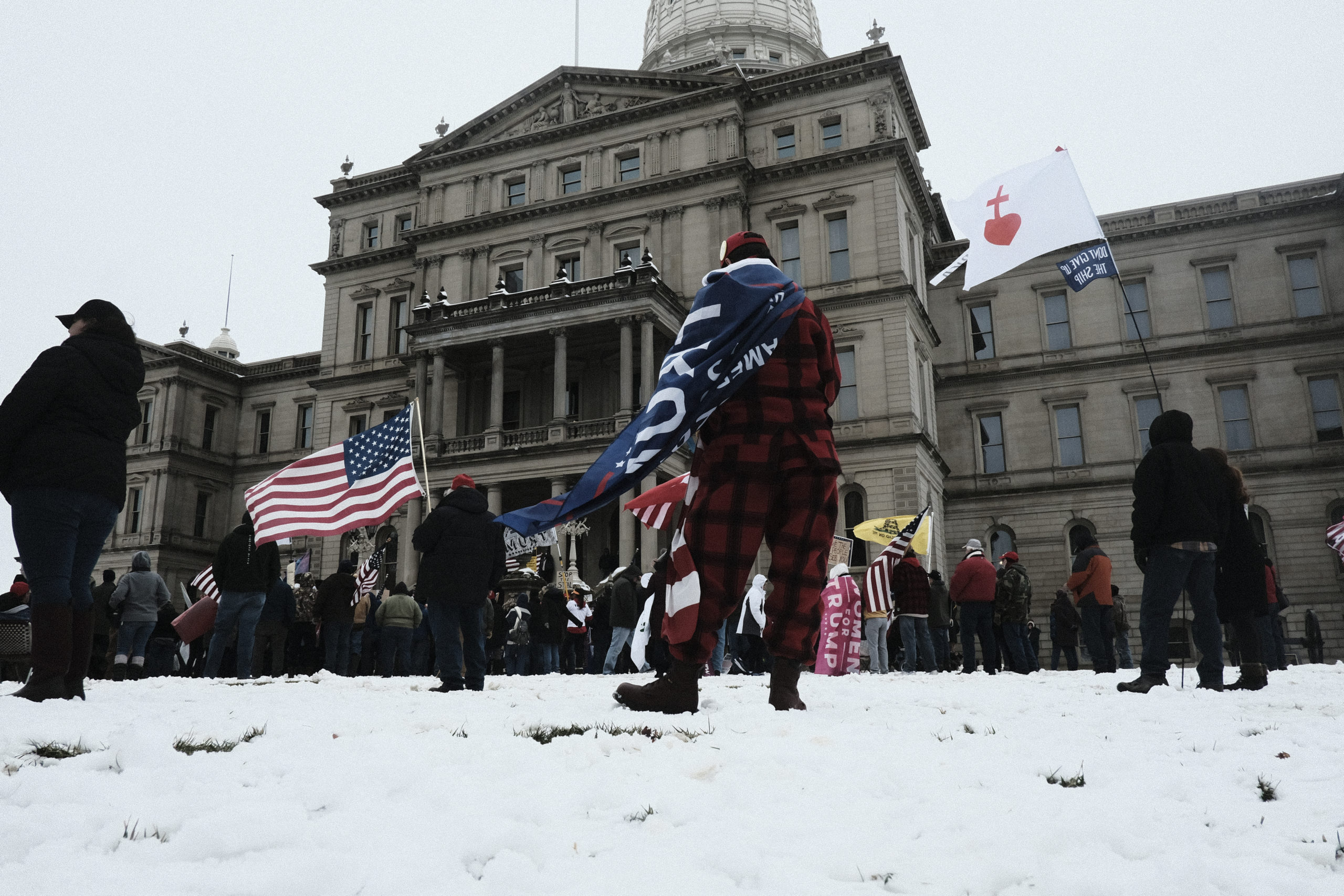 Trump supporters gather around the Michigan State Capitol Building to protest the certification of Joe Biden as the next president of the United States on January 6, 2021 in Lansing, Michigan. (Matthew Hatcher/Getty Images)

Under Michigan law, a state party can nominate up to three people for the position, while the governor ultimately picks who will sit on the board. All three nominees previously urged the board to delay certification, while one, Linda Lee Tarver, had actively sought to overturn the state’s election results and appeared at a Dec. 1 hearing with Rudy Giuliani in front of the Michigan Senate Oversight Committee.

Tarver also claimed in a suit against Michigan Secretary of State Jocelyn Benson that there were “many issues of mistake, fraud and other malfeasance at the TCF Center,” where thousands of Detroit voters had cast their ballots, though no evidence has surfaced supporting the claim.