President Donald Trump is expected pardon around 100 people in his final full day in office Tuesday. The Tiger King, Joe Exotic, and his legal team are so confident that Exotic made the list that they have a limousine and style team ready to go near the prison Exotic is currently serving in.

Eric Love, who is leading Exotic’s legal team, said, “We have a good reason to believe it will come through,” reports the New York Post. “We’re confident enough we already have a limousine parked about half a mile from the prison. We are really in action mode now.” The limo being parked near the Federal Medical Center in Fort Worth, Texas, where the Netflix star is currently incarcerated.

Love told the Sun in a separate interview that once they get word of the pardon coming through, the limousine will pick up the legal team as well as a team for Exotic’s hair, makeup, and wardrobe. 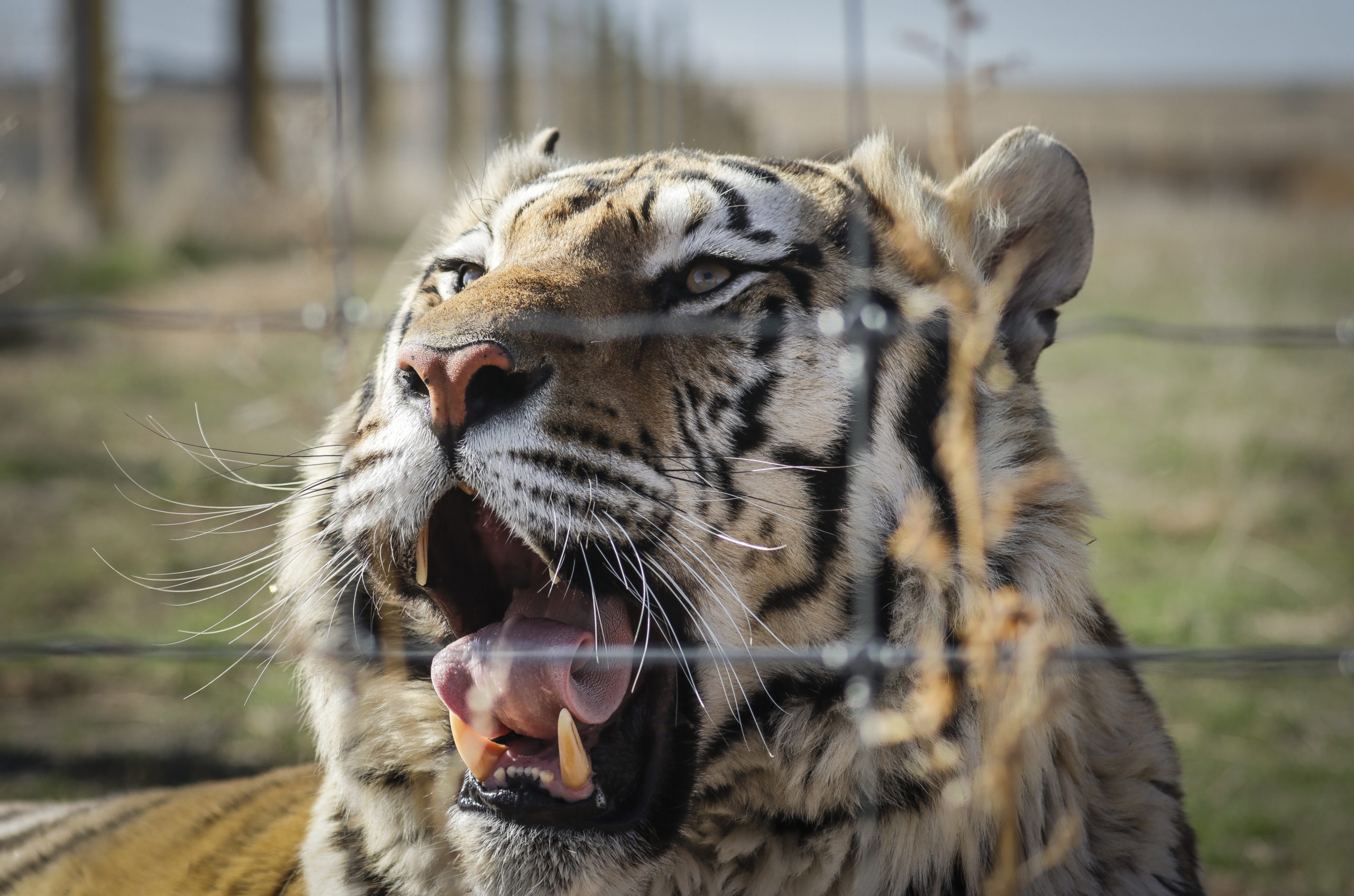 KEENESBURG, CO – APRIL 05: One of the 39 tigers rescued in 2017 from Joe Exotic’s G.W. Exotic Animal Park yawns at the Wild Animal Sanctuary on April 5, 2020 in Keenesburg, Colorado. Exotic, star of the wildly successful Netflix docu-series Tiger King, is currently in prison for a murder-for-hire plot and surrendered some of his animals to the Wild Animal Sanctuary. The Sanctuary cares for some 550 animals on two expansive reserves in Colorado. (Photo by Marc Piscotty/Getty Images)

“We are not going to have any cameras with us. It’s going to be a very private moment,” Love told the outlet. Love also noted that Exotic will want to camera-ready first, according to the New York Post.

“Joe is a very flamboyant person — Joe is a colorful personality. And if you look at someone when they’ve been incarcerated, they don’t look like that when they’re coming out,” Love said.

Exotic, whose real name is Joseph Maldonado-Passage, and his legal team are confident in the pardon because it would “take most of the limelight away from President-elect Joe Biden.” The team reportedly already has a thank you video recorded, according to the New York Post. (RELATED: ‘Tiger King’ Star Joe Exotic Transferred To Medical Center From Prison)

Exotic is currently one year into a 22 year sentence for hiring a hitman to kill zookeeper and rival, Carole Baskin.