Detroit Police Chief James Craig said that he helped actor Denzel Washington prepare for his police role in the film “Ricochet” and commended him Wednesday for supporting the “great work” of police officers.

“I have the utmost respect for what they do, for what our soldiers do, [people] that sacrifice their lives,” Washington said Monday during an interview with Yahoo Entertainment. “I just don’t care for people who put those kind of people down. If it weren’t for them, we would not have the freedom to complain about what they do.”

After playing a clip of Denzel Washington in which he describes going “out on a call with a sergeant,” Craig noted during a segment on “Fox & Friends” that he was the sergeant who accompanied the actor. (RELATED: ‘We Are Excited’: Detroit Police Chief Welcomes Federal Agents To City To Help Fight Crime)

“I never forgot that eight hour ride-along with Denzel and I’ve got to tell you I applaud, an A-list actor, a professional who steps up and acknowledges, you know he denounces police violence, he talks about George Floyd, but he also acknowledges the vast majority of men and women — both military and police — do a phenomenal job and he remembered that incident when we worked together on that day,” Craig said.

“A couple days ago I was able to have a conversation with Denzel  and we spoke for an hour and we talked about that, we half, we talked about his movies. I just appreciate him,” he added.

When asked if Washington’s endorsement of police officers is important, Craig replied, “It says a lot. It’s not common today where you hear Hollywood acknowledge the great work of men and women in the police department.”

The police chief noted that the actor is “going to do and say what’s right. He’s strong in faith, he’s strong in conviction, and again, I was very fortunate to meet him in 1991 and spend that good time and he remembered.” (RELATED: Detroit Police Chief Says His City ‘Wouldn’t Stand For’ A Seattle-Style Autonomous Zone) 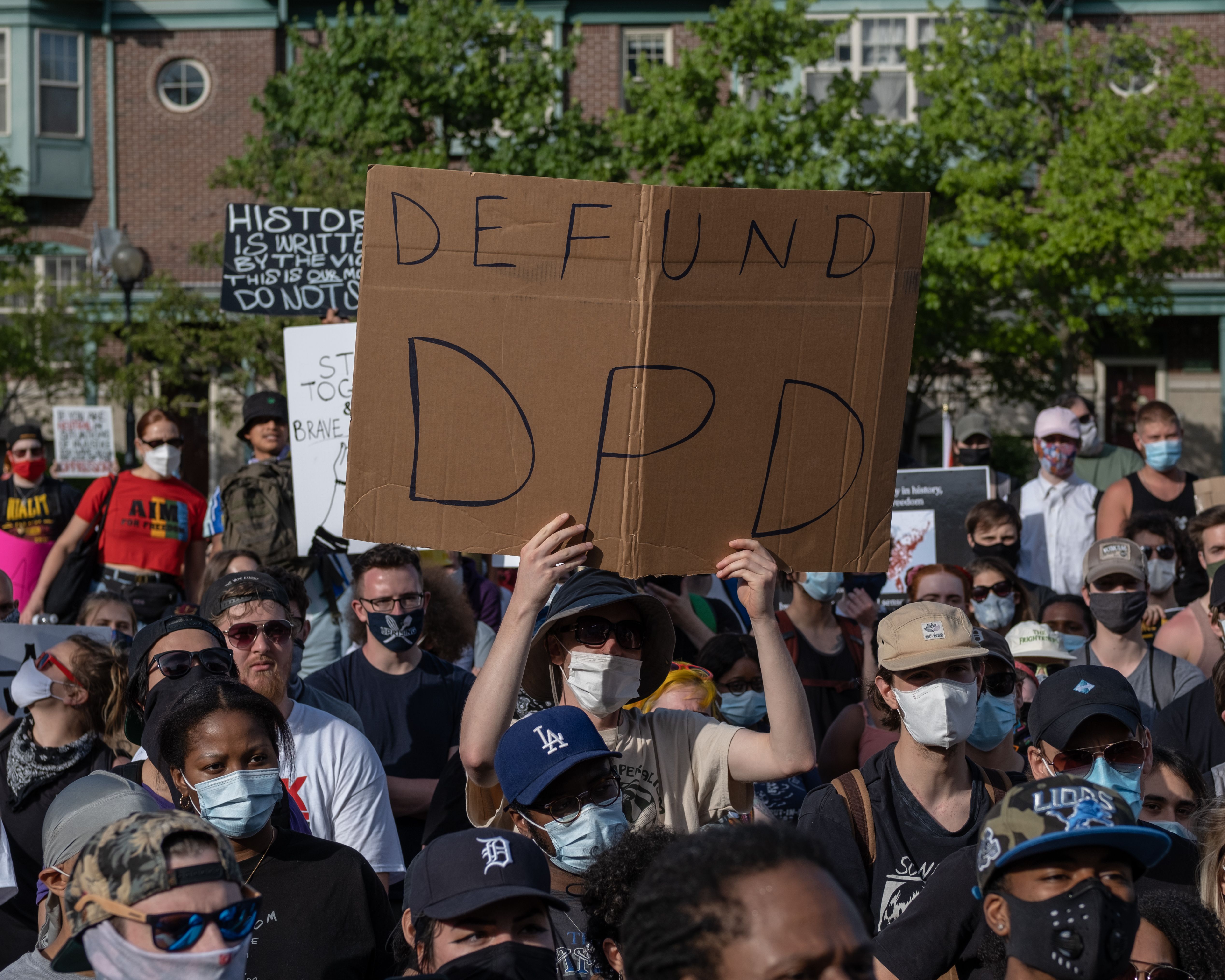 Protesters march against police brutality and in memory of George Floyd in Detroit, Michigan, on June 7, 2020.  (Photo by SETH HERALD/AFP via Getty Images)

Craig said that many media outlets ignored Washington’s comments about the police and had “no interest whatsoever and why not just balance the conversation, balance the narrative?” The police chief said he will never be “dismissive of officers who commit criminal acts … but it is tragic we don’t do more balance.”

“These are the men and women who go off and serve and protect our communities,” continued.

Detroit is suing Black Lives Matter (BLM) because the city says the group “endangered the lives” of police officers the public.

During the summer unrest, Craig oversaw the arrest of a 20-year-old male who was charged with assaulting an elderly nursing home resident.