Speaker of the House Nancy Pelosi said Thursday that the COVID-relief bill the House will send to the Senate will have a $15 minimum wage included.

During a weekly press conference, Pelosi said the House plans to have their COVID-relief bill completed by the end of February and on President Joe Biden’s desk by March 14, when some unemployment benefits expire. Pelosi also confirmed that the House bill will include a $15 minimum wage.

“We hope to finish our markups in committee this week and then send it to the Budget Committee next week for them to work their will on it. Then to the Rules Committee and then to the floor. And we hope to have this all done by the end of February,” Pelosi said during her presser.

“Certainly on the President’s desk in time to offset the March 14th deadline where some unemployment benefits will expire,” she added.

Pelosi was then asked about the $15 minimum wage being included in the House bill, to which she said: “Yes it will. We’re very proud of that…We will be sending that.” 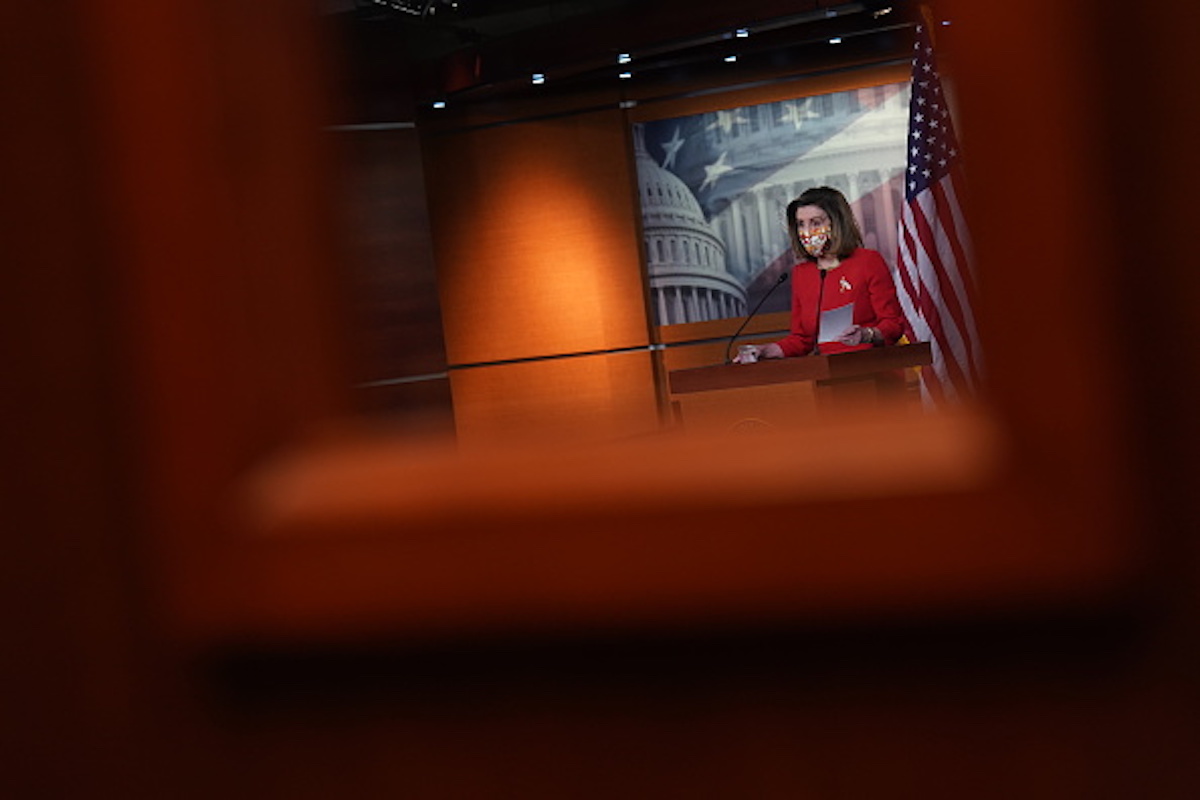 House Speaker Nancy Pelosi, a Democrat from California, wears a protective mask while speaking during a news conference at the U.S. Capitol in Washington, D.C., U.S., on Thursday, Feb. 11, 2021. (Photographer: Stefani Reynolds/Bloomberg via Getty Images)

The study showed that prices would soar as businesses would have to force their higher labor costs onto consumers. (RELATED: Corporations That Support The $15 Minimum Wage Can Afford It. Here’s Who Can’t)

Democratic West Virginia Sen. Joe Manchin said in early February that he does not support a $15 minimum wage.

Manchin’s opposition would put a roadblock in a coronavirus package, which could include raising the minimum wage to $15 if no Republicans supported the legislation. Democrats need all 50 members in the Senate to vote in favor if no Republicans are on board.