Small business organizations are speaking out against a potential minimum wage hike, saying the plan will only cause more small businesses to shutter amid a fragile economy.

The National Federation of Independent Business said that “Congress should not saddle [small businesses] with a costly new mandate that will further damage the fragile economic recovery,” in a statement.

“More than doubling the federal minimum wage while small businesses across America are barely surviving shutdowns due to an unprecedented pandemic is a recipe for more shuttered businesses and millions more job losses,” the American Farm Bureau Federation said in a statement. “On behalf of Main Street employers across America, we strongly oppose the Raise the Wage Act of 2021.”

The U.S. Chamber of Commerce opposed the minimum wage hike, noting it does “not reflect a data-driven approach that incorporates wage-rate differences between business sectors and business locations,” in a statement.

The National Restaurant Association, however, said they’d be open to having a “conversation about a balanced way to address wage levels in the foodservice industry” but noted that raising the minimum wage over five years to $15 an hour would eliminate the tip credit for tipped employees.

Democrats have been pushing to raise the hourly federal minimum wage to $15 per hour, with Speaker of the House Nancy Pelosi promising that the new COVID-19 relief bill will have a wage hike proposal included. The provision was ultimately removed during congressional negotiations, leaving the “Raise the Wage Act” as a standalone bill.

The wage hike would cause 1.4 million jobs to be lost, according to a report from the Congressional Budget Office (CBO). The “Raise the Wage Act” would also raise the budget deficits by $58 billion, according to the analysis. 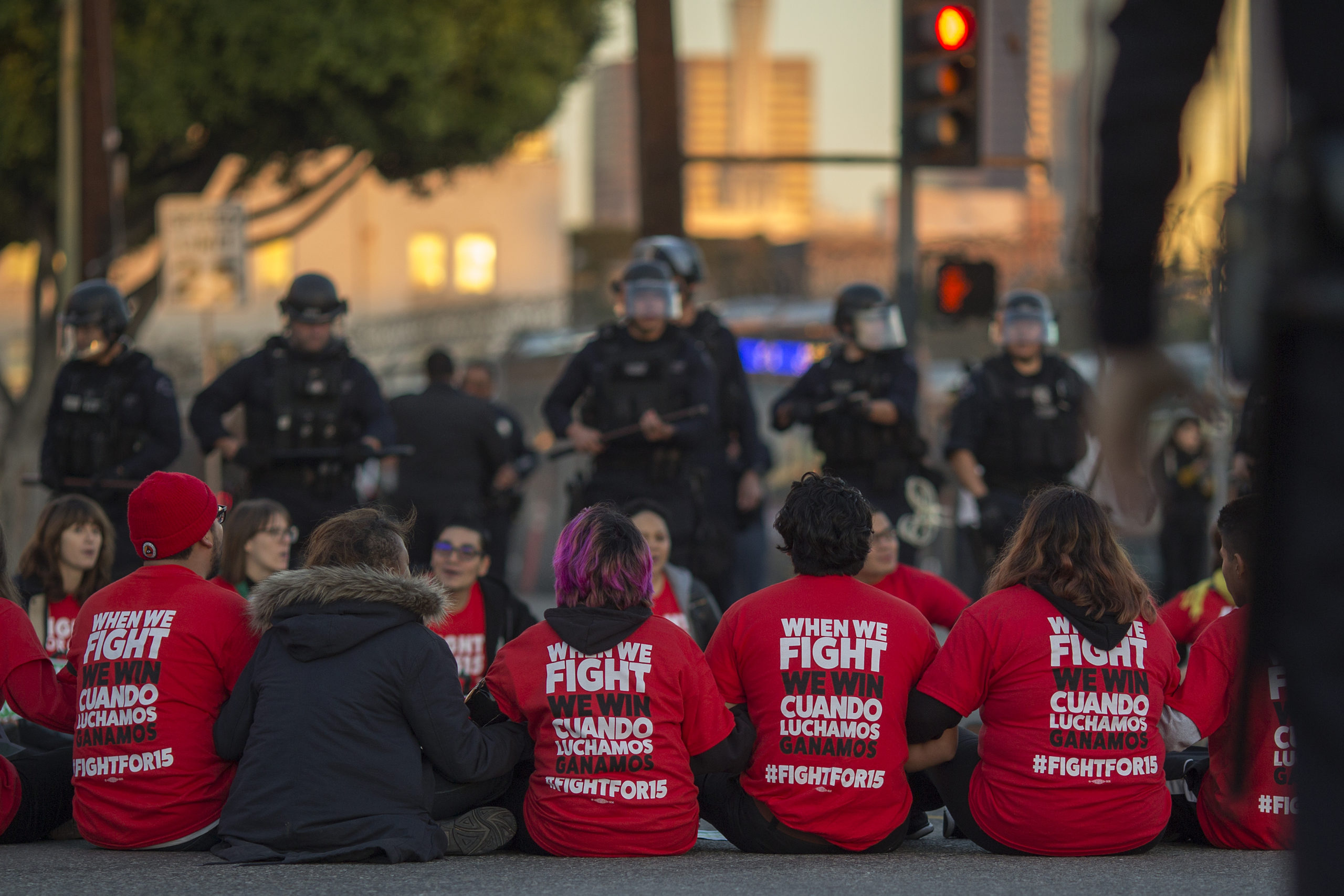 LOS ANGELES, CA – NOVEMBER 29: Police surround striking McDonald’s restaurant employees sitting in an intersection after walking off the job to demand a $15 per hour wage and union rights during nationwide ‘Fight for $15 Day of Disruption’ protests on November 29, 2016 in Los Angeles, California. (David McNew/Getty Images)

Under this bill, wages would increase each year so that by 2025 it reaches $15.

The CBO reported that the wage hike would increase the costs of goods and services. (RELATED: Corporations That Support The $15 Minimum Wage Can Afford It. Here’s Who Can’t)

“Higher prices for goods and services–stemming from the higher wages of workers paid at or near the minimum wage, such as those providing long-term health care–would contribute to increases in federal spending.”

The National Federation of Independent Businesses’ manager of government relations Jeff Brabant told the Daily Caller News Foundation that the wage hike will shut down local mom and pop shops.

“If your goal is to shut down independently owned mom and pop shops on Main Street and grow the market share of big-box megastores then I can think of nothing better than passing a federal $15 minimum wage today, because it will devastate small businesses.”

A new poll from Reuters/Ipsos, however, found that a majority of Americans support increasing the minimum wage to $15 per hour.

When given no other information about the policy and asked flat out whether they support increasing the minimum wage to $15 by 2025, 59% of respondents said they supported the hike.