House Majority Leader Steny Hoyer said Saturday the House will vote on the Senate’s version of the coronavirus relief package on Tuesday, putting it on track to be signed into law before Mar. 14.

Hoyer announced the House’s schedule just after the Senate passed the bill 50-49 along party lines following over 24 hours of public and private negotiations and debate.

The House will consider the Senate’s changes to the $1.9 trillion package later Monday, Hoyer said. Unlike the House version, the Senate bill does not include provisions increasing the minimum wage and provides more targeted unemployment insurance provisions.

The minimum wage was excluded from the Senate bill after the chamber’s parliamentarian, Elizabeth MacDonough, concluded that it violated reconciliation rules. Her decision frustrated progressives, some of whom called for Vice President Kamala Harris to overrule her and include it. (RELATED: Is A $15 Minimum Wage Dead? Not Necessarily)

Vermont Independent Sen. Bernie Sanders offered an amendment Friday that would have included a $15 minimum wage, but seven Democrats and Maine Independent Sen. Angus King joined  Republicans in voting against it.

Senate negotiations stalled for hours on Friday after West Virginia Sen. Joe Manchin objected to the Democrats’ preferred unemployment insurance plan, though he and his caucus eventually agreed on a compromise. (RELATED: Manchin, Democrats Compromise After Disagreement Over Unemployment Benefits Leads To Nine-Hour Delay) 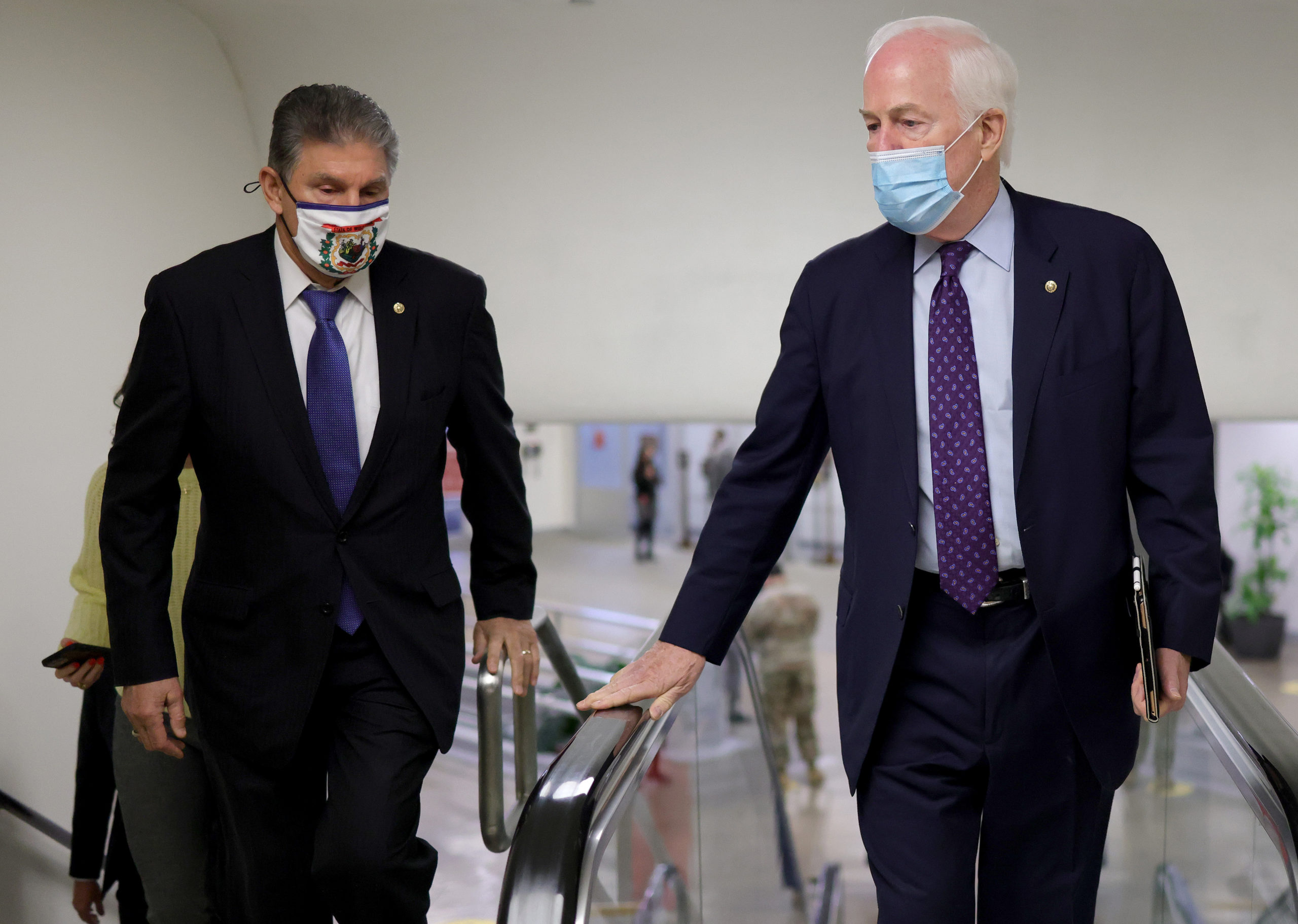 If the bill passes the House, which is likely, it will head to Biden’s desk to be signed into law. The president said Saturday during a press conference that qualifying Americans will begin receiving checks this month.

Though Biden originally called for the bill to be passed on a bipartisan basis, he and congressional Democrats pushed ahead despite unanimous Republican opposition after the two sides were unable to compromise. Democrats were eager to pass the bill before Mar. 14, when unemployment benefits extended last December are set to expire.