An $86 billion bailout for nearly 200 union pensions was included in the Democrats’ massive stimulus package, which President Joe Biden is expected to sign into law soon.

More than a million unionized truck drivers, retail clerks, construction workers and others would likely miss out on retirement income without the bailout, according to The New York Times. The union bailout, among the $1.9 trillion coronavirus relief package’s provisions unrelated to the pandemic, rescues 185 pension plans across several states.

Republican Iowa Sen. Chuck Grassley said the provision was “totally unrelated to the pandemic” and fails to even address the root cause of the failing pensions. (RELATED: More Than $1 Trillion In Coronavirus Aid Hasn’t Been Spent, Includes $120 Billion For Small Businesses)

Declining union membership and bankruptcies have contributed to the trend of pension plans nationwide running out of money, the NYT reported. The trend of failing pensions started long before the pandemic. 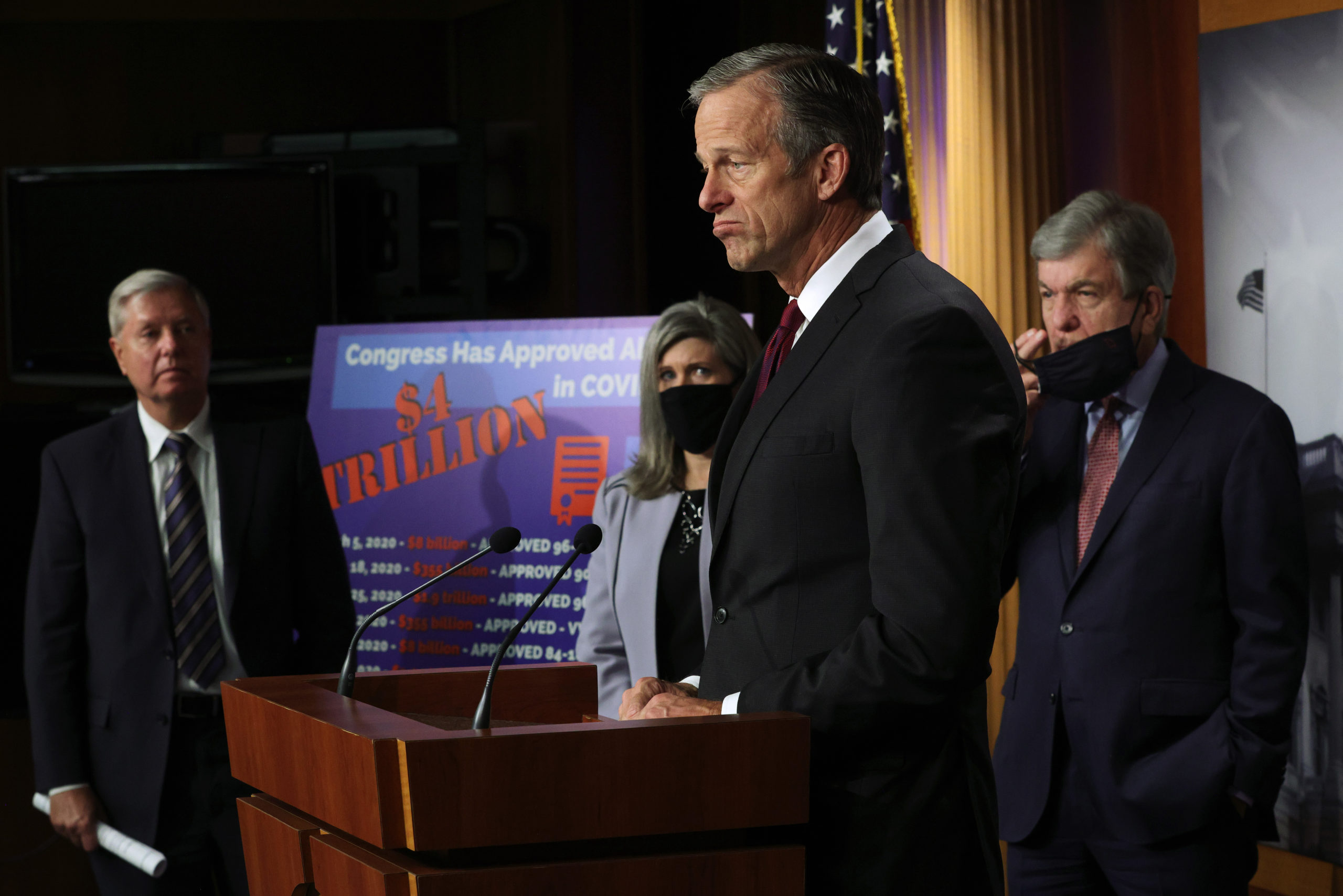 The bailout included in the stimulus package gives government funding to the weakest pension plans, which will be enough to keep the plans solvent for 30 years, according to the NYT. There are no conditions tied to the funding meaning plans aren’t required to make changes, pay the government back or freeze accruals.

“Imagine that you have a college-aged kid who runs up $1,500 in credit card debt,” James P. Naughton, a professor at University of Virginia’s Darden School of Business, told the NYT. “If you give him $1,500 and you don’t do anything else, the odds that the problem is going to get fixed are pretty low.”

A taxpayer-funded pension bailout is unprecedented, according to the NYT. Past failed attempts to aid insolvent pensions proposed to offer 30-year loans to the plans, not multibillion-dollar check. (RELATED: Emergency School Funding In Biden Relief Bill Won’t Be Fully Spent Until 2028)

The Senate passed the coronavirus relief package along party lines on Saturday. The House, which passed a version of the package last week also along party lines, will vote on the revised version Tuesday, CNN reported.

“You’d say, why would that be? Why would every Republican vote against it as well as some Democrats? And it’s because it is packed with pork,” Republican Wyoming Sen. John Barrasso told reporters. “It is a wish list of liberal spending. What does it do? Bails out states, bails out big cities, bails out failed union pension plans.”